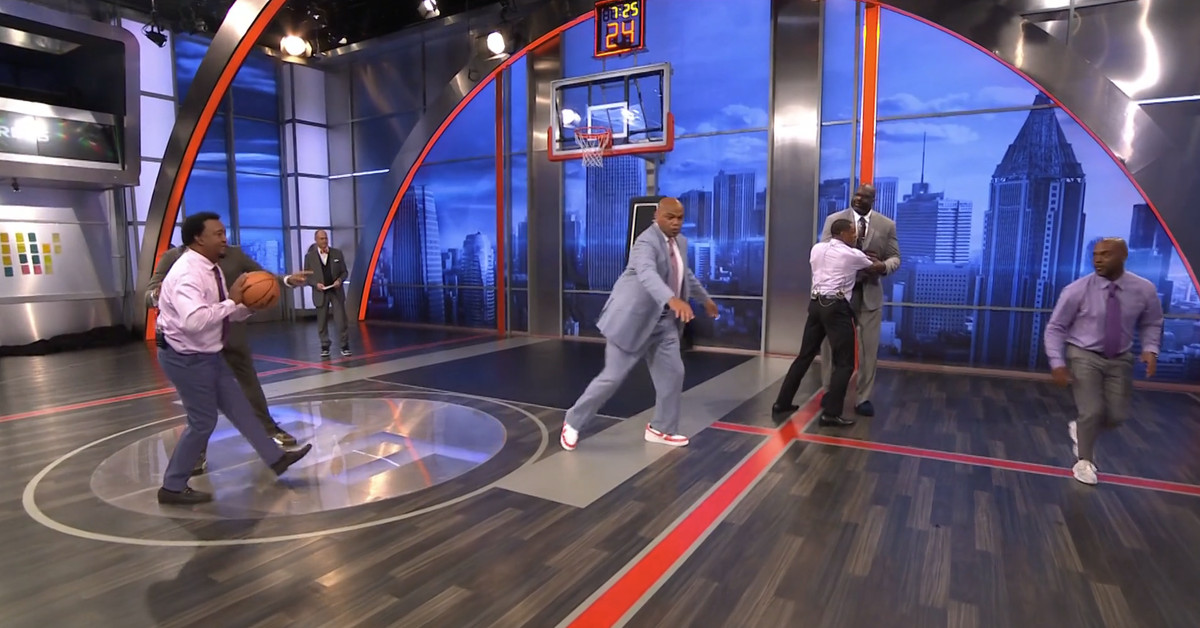 The ‘NBA on TNT’ crew was joined by the TBS baseball broadcasters during halftime of Game 2 between the Memphis Grizzlies and Golden State Warriors. The TBS team is made up of former MLB stars Pedro Martinez, Jimmy Rollins, and Curtis Granderson. The TNT crew had Shaquille O’Neal, Charles Barkley, and Kenny Smith.

The six former athletes headed to the basketball court at the TNT studio so Kenny Smith could use them as props to breakdown the Warriors-Grizzlies game. It produced a legitimately great moment of TV.

As Smith instructed Granderson to set a screen for Rollins while the former Phillies star lifted from the corner to the top of the wing, Granderson then sealed Shaq inside. Martinez, who was standing at the foul line with the ball, threw a pass to Granderson, who made a layup. The set went nuts.

As the two groups shared a laugh, O’Neal called over Granderson, posted him up, called for the ball, and got a bucket. Shaq didn’t seem happy that Granderson got a bucket on him.

Best TNT segment of the season? I think so. Everything is better with Pedro Martinez. The baseball crew then went back to their show for the Los Angeles Dodgers vs. San Francisco Giants game.

This is a premium example of why both broadcast crews are so great.