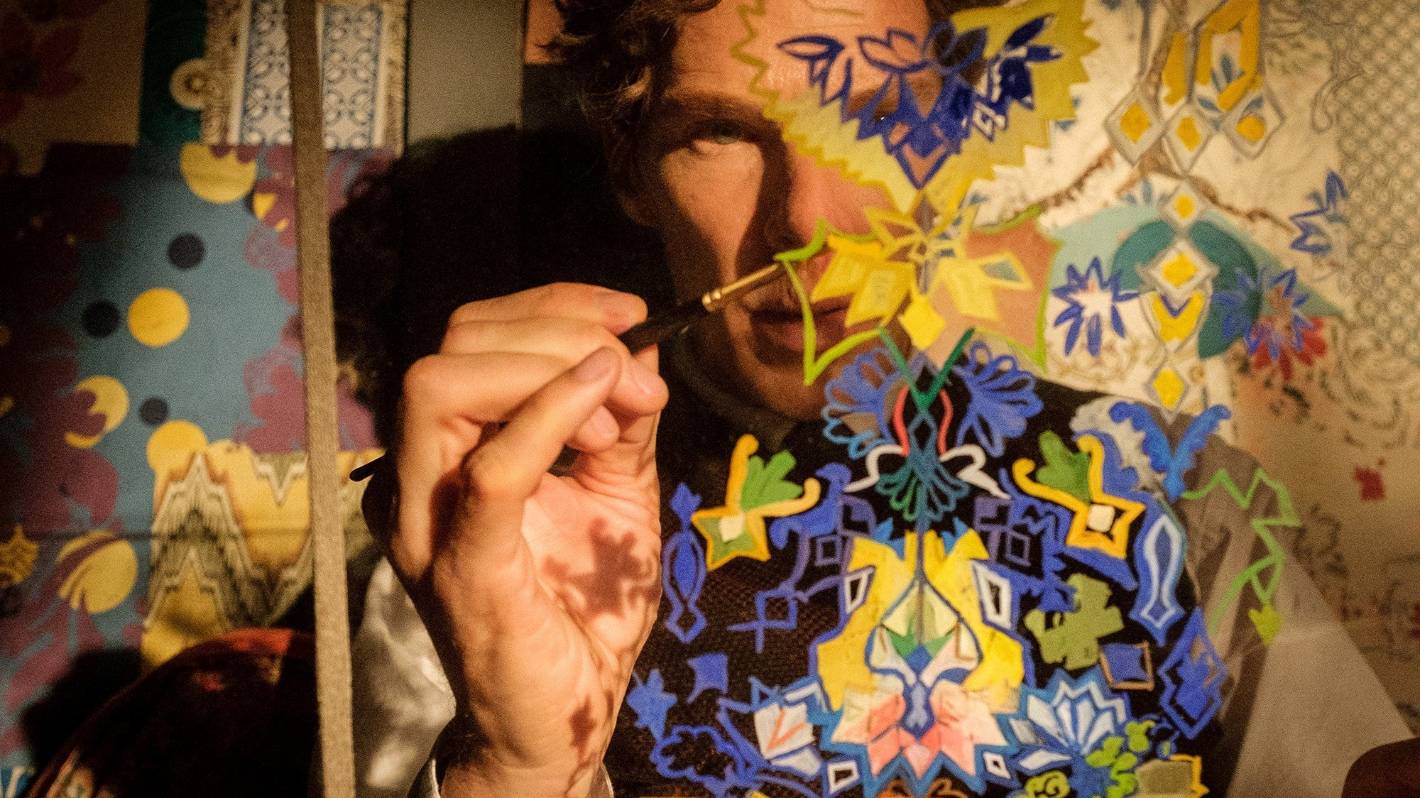 If you thought Benedict Cumberbatch was spellbinding in The Power of the Dog, wait until you get a load of his performance as the man who popularised cats among British high society.

The former Sherlock star and Sir Peter Jackson’s choice to voice Smaug the dragon, the 45-year-old Brit is mesmerising, in a Daniel Day Lewis kind of way, as the somewhat tortured artist of the title in The Electrical Life of Louis Wain (now streaming on Amazon Prime Video).

Elder brother to five sisters, Wain’s woeful lack of financial acumen meant he was ill-equipped to take responsibility for the household when his father died, especially given he also seemed to have more affinity with animals, than his fellow humans.

READ MORE:
* Show me that smile again: Eight great 1980s sitcoms (and where you watch them)
* The Wheel of Time: Kiwi actress Zoe Robins is about to hit the big time
* Eight great Michael Keaton performances (and where you can watch them)
* Fever Pitch: Amazon’s entertaining look back at the Rise of the Premier League
* The Matrix: With perfect timing, the original trilogy is now available on Amazon
* The Great Gatsby: Baz Luhrmann’s divisive, delicious adaptation comes to Amazon

What wasn’t in doubt though, was his talent as an artist, skills that caught the eye of The Illustrated London News editor Sir William Ingram (Toby Jones). But while he was more than happy to commission his work, he was less enamoured by Wain’s propensity for constantly managing to cause some “ridiculous chaos” wherever he went (his most recent involving enraging a bull at a country fair).

Still that doesn’t stop Sir William offering him a permanent position, one Wain initially turns down, until his matriarchal sister Caroline (Andrea Riseborough) points out that they’ll need those finances if they are to keep the new governess Emily Richardson (Claire Foy) he has become instantly smitten by.

She’s the one who draws him out of his shell, until their very public “romance” causes the Wains to become “the talk of the town – and not in a good way”. Black-affronted, Caroline gives “Ms Richardson” three days to “get her affairs in order”, but Wain will not give her up without a fight, even when tragedy then further threatens their happiness.

Meanwhile, partly inspired by the stray kitten they’ve taken in (then seen as a peculiar act by any household worth its salt), Wain begins embarking on a series of cat-related works. And when Sir William prints a collection of them as part of a “frivolities” spread in his Christmas edition, they become a pop-culture phenomenon that all of polite society wants a piece of.

As writer, and fan, H.G. Wells, once put it, “He made the cat his own. British cats that do not look and live like Louis Wain cats are ashamed of themselves”.

However, as writer-director Will Sharpe (British sitcom Flowers) and his co-writer Simon Stephenson’s (Luca, Paddington 2) warm and witty, if a little too whimsical, tale reveals there were plenty more triumphs and traumas for Louis to endure.

From an acerbic scene-setting narration of Olivia Colman (“Aside from its bizarre social prejudices, and the fact that everything stank of s…, Victorian England was also a land of innovation and scientific discovery,” she initially informs us), to the Benny and Joon-esque central romance, some pitch-perfect single-scene cameos from the likes of Nick Cave, Richard Ayoade and our own Taika Waititi, and an increasingly surreal last 20-minutes, The Electrical Life of Louis Wain courses with eccentric energy and aesthetic delights.

The costuming and production design is top-notch and Cumberbatch’s mannered inhabitation is well matched by both Riseborough and Foy, as two very different voices of reason.

With such a storied life, it’s perhaps unsurprising that the influence his felicitous feline portraits had on polite society feels somewhat underplayed.

It does seem a bit of a pity though, that his unlikely rise to National Cat Club chairman is seemingly given somewhat short shrift, or that it doesn’t attempt to solve, or even investigate, the still-debated “mystery” as to his declining health and sanity.

Still if you’re a cat and/or Cumberbatch fancier, then you’ll definitely find this an entertaining and fascinating watch.

The Electrical Life of Louis Wain is now available to stream on Amazon Prime Video.