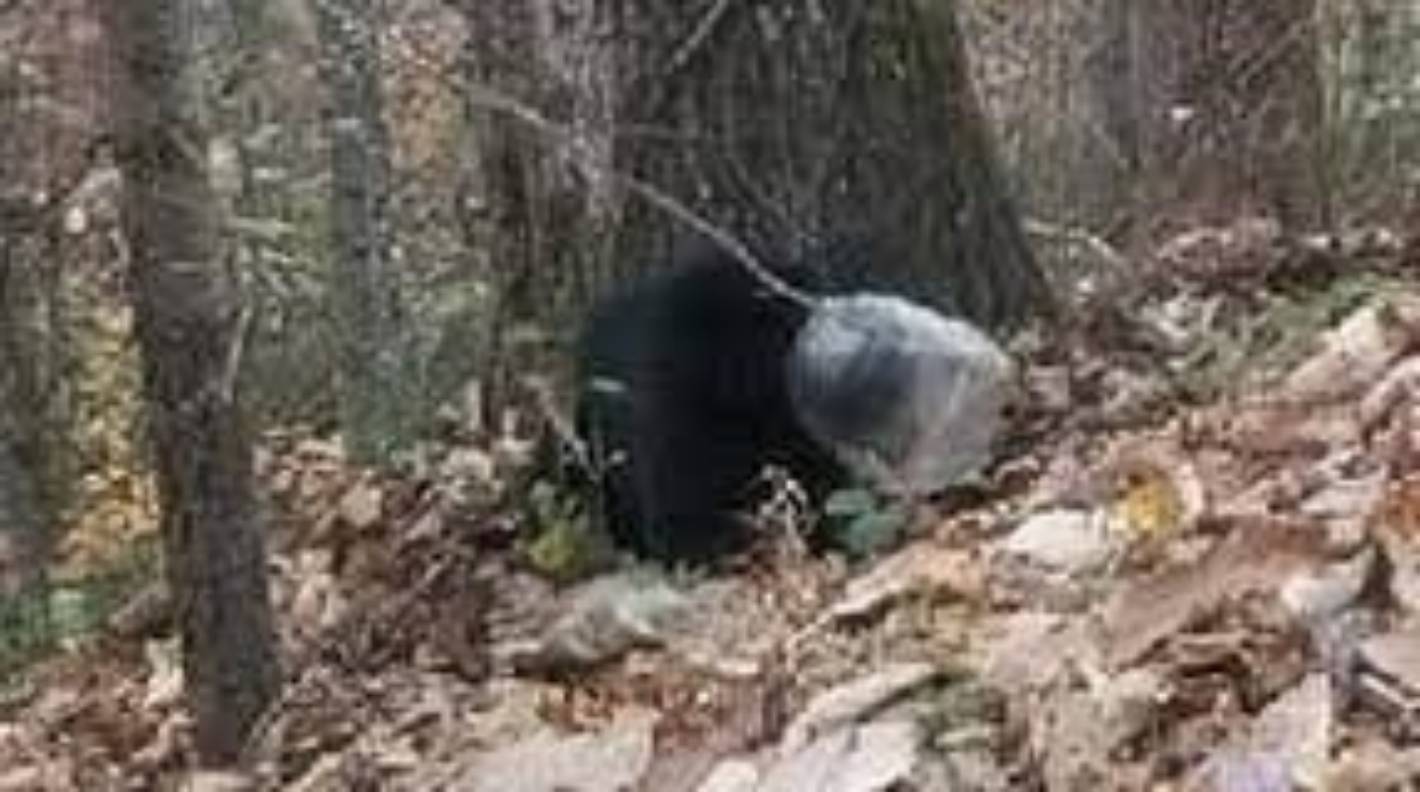 We live in unusual times. There’s a pandemic. The planet is dying. It all gets a bit much some days. So each weekday we’re bringing you a much-needed dose of positivity to remind you that there’s inspiration, kindness and quirkiness out there too.

Bear saved after getting jug stuck on its head

A bear in the US wandered for days with a jug stuck on its head before being rescued. North Carolina wildlife officials are crediting the community for helping save the bear, the Charlotte Observer reports.

Callers in the Asheville area began reporting the cub and said it had “a clear container stuck on her head,” according to a news release from the North Carolina Wildlife Resources Commission.

The bear was at risk of dehydration or starvation, with no easy way to eat or drink. District biologist Justin McVey spent two days searching for it.

“ Asheville residents led us directly to the cub,” McVey said in the news release.

“We were able to safely dart and anaesthetise the bear, remove the jug from her head and perform a health check,” he said. “She was in great health, with no injuries or lacerations, and immediately relocated to a remote area in western North Carolina.”

He described the cub as “feisty and ready to go” when it woke up.

The jug likely got stuck on the bear when it was rummaging for food in the trash, officials said.

When US teen Adeola “Abraham” Olagbegi was gifted a wish after a successful bone marrow transplant he decided to pay it forward, CNN reports.

Make-A-Wish Mississippi, which grants wishes to children who are often diagnosed with devastating illnesses, was able to make the 13-year-old’s wish of feeding the homeless come true.

The teen’s kind gesture comes after he and his family fed the homeless in their community every month before his diagnosis.

“It was always a good thing to do, and that’s what I grew up doing that,” Abraham told WLBT-News 3. “So, I go back to my roots to do what I was taught to do.”

Adele breaks down when reunited with favourite teacher

While performing her An Evening With Adele special on ITV, the star was reunited with a special guest of her own.

On Sunday, the Easy on Me singer was asked if there was a special someone who supported her through difficult times, she told the audience of Miss McDonald.

“I had a teacher at Chestnut Grove who taught me English,” she explained. “She was so bloody cool, so engaging. She really made us care, and we knew that she cared about us.”

While the crowd cheered Adele on, she discovered that Miss McDonald was in the crowd with her kids.

The revelation brought the singer to tears as her favourite teacher made her way to the stage and gave her a hug.

“I’m so proud of you,” Miss McDonald said to Adele as the pair reunited.

More than a million Americans voted for their favourite “Hero Dog”, but among 400 contestants, therapy dog Boone took out the top prize at an awards gala in Palm Beach, Florida this month, the Good News Network reports.

Boone’s heartbreaking story of abuse left him with his two back legs amputated. However, he was soon adopted and fitted with a wheelchair by his new family.

His new wheels changed him for the best – and he’s been a dog on a mission ever since, the dog’s owner Tanya Diable said.

The pup’s kind nature and enthusiasm led him to become a therapy dog, and he now goes to children’s hospitals to help reduce stress in others.

Finding love, with a pre-date form and exit survey

Sometimes, dating can be hard. Beforehand, you don’t know what the other person likes and where to take them – and afterwards, the conversation about how the date went can be super awkward.

However, one man has found a hilarious solution to all these problems, the Independent reports.

Katrina (@maytheeleven) posted on TikTok that her friend Graham asked her out. When she agreed, he followed up by sending her a link to a Google Form. It ends up being a pre-date survey, asking her what kind of dates she likes and the preferred dress code.

She chose dinner and a movie and “everyday casual” for the attire. Following the date, which Katrina said was “lovely”, Graham sent her an “exit survey”.

The Google forms worked out for the best, as the pair are now dating long-distance.