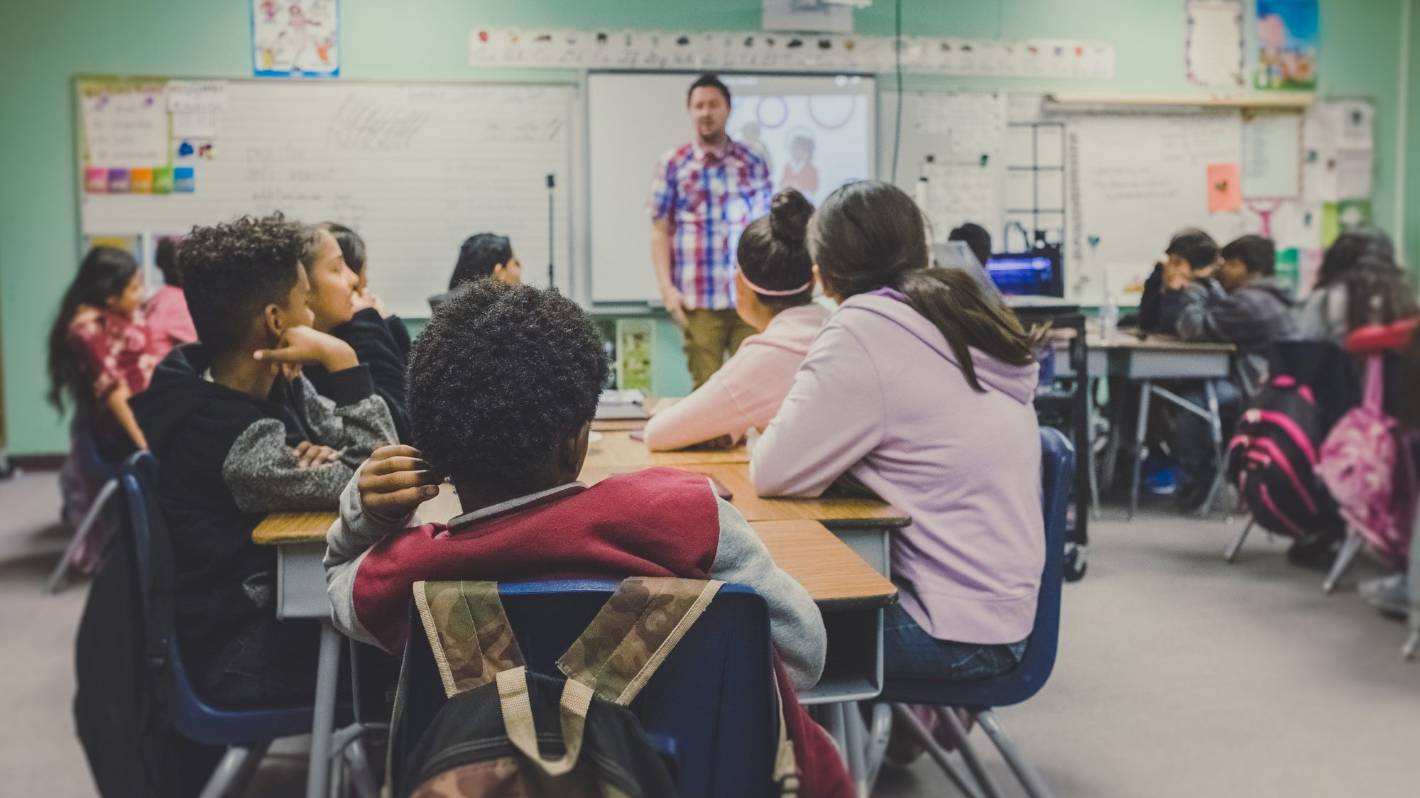 A teacher who pinched a student’s bottom and told her she had a “nice bum” will be allowed back in classrooms after the Teachers’ Disciplinary Tribunal declined to cancel his registration. (File photo)

A teacher who pinched a student’s bottom and told her she had a “nice bum” will be allowed back in classrooms.

Derek Edward Neal​ was working at Onslow College in Wellington when he inappropriately touched the student and made the remark while he and the girl were having their photo taken together at a school event. The facts of the incident were outlined in a recently released Teachers’ Disciplinary Tribunal decision.

When questioned by investigators for the Complaints Assessment Committee (CAC) he admitted placing his hand on the student’s waist before moving it to her bottom and making the comment. Neal blamed his actions on the anti-depressant Prozac, which he had taken at 7pm that day without eating dinner.

“It seems that a common side effect is behaviour change. I did not know of this side effect… This is the only factor I can suggest as a reason for my appalling behaviour. I am completely ashamed of myself… This behaviour is completely out of character for me and the only change in my normal behaviours is to have begun medication for depression,” he later told the school’s principal in an email.

But Wellington GP Dr Lynn McBain, who chairs the Teaching Council’s Impairment Committee, said in a report submitted to the tribunal that she was unable to determine whether the medication influenced Neal’s behaviour.

Neal also described the student’s behaviour at the time as “sexy” and “lovely”, alleging she “threw herself at him” by wrapping her arm around him and pulling him in.

He told CAC investigators he felt awful about his behaviour, which he accepted was “unprofessional”.

He was then charged with serious misconduct.

Neal had been teaching for three decades at the time of the incident and held leadership positions for much of his career, the tribunal’s decision noted.

As well as teaching media studies and English, he had been Onslow College’s outdoor education co-ordinator and subject leader of media studies. He has since resigned from the school.

According to the teachers’ register, Neal’s practising certificate was due to expire in November 2022.

A lawyer for the CAC told the tribunal Neal had retired and did not intend to return to teaching. But Neal’s lawyer did not provide the tribunal with information that supported this claim.

The tribunal considered cancelling or suspending Neal’s registration, but found his conduct was not of “sufficient gravity” for it to impose these most severe penalties.

It concluded: “Such measures would be a disproportionate response to what was a one-off occasion when the professional boundary with a student was breached, albeit that there was a sexual element to the offending”.

The tribunal said there was no evidence Neal’s behaviour had a negative impact on the student’s learning or wellbeing.

It also rejected arguments by the CAC that the conduct negatively impacted, or was likely to negatively impact, the learning or wellbeing of other students at the school who may have witnessed or heard about the incident.

“That is not to say the Tribunal did not consider that the incident involved a significant falling short of accepted standards by Mr Neal. Without doubt it did,” the decision states.

The tribunal found Neal had committed serious misconduct, for which it censured him.

He would be able to keep his registration on the condition he was mentored on “appropriate professional boundaries with students”, provide a reflective statement about his teaching practises and advise any current and future employers of the tribunal’s decision for the next two years.

The tribunal ordered Neal to pay $3910.30 to the CAC and $458.00 to the Teaching Council, which equated to 40 per cent of the costs to the organisation for pursuing the charge.

At the tribunal hearing, on August 25, 2021, Neal’s name, and that of Onslow College, was temporarily suppressed. But after both Neal and the school did not pursue further anonymity, both could now be identified.