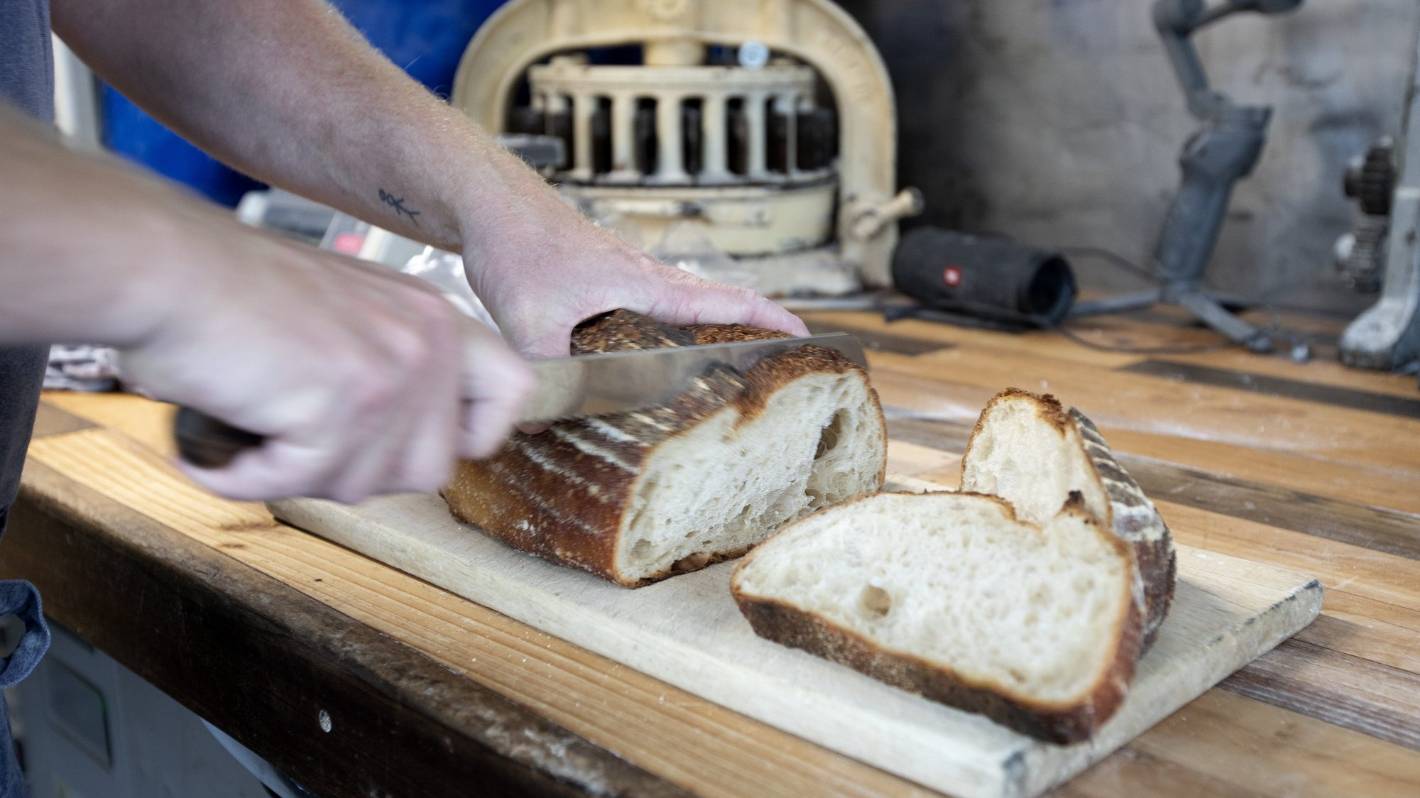 Bread from Baked by Blanche is one of the Taranaki products which will be sold at the Eltham pop-up shop.

Taranaki’s cheese capital will be home to an array of food and drink offerings through a pop-up shop this summer.

The Taste of Taranaki Pop-up in Eltham is a collaboration between Venture Taranaki and South Taranaki District Council, with more than 20 producers coming together to showcase their products, which include fruit and vegetables, baking, bread, quinoa, honey, chocolate, snacks and more, plus coffee, food trucks and live music on weekends.

“The Taste of Taranaki Pop-up will bring a new level of awareness to the strength and diversity the region has in producing food and beverages, among both locals and the influx of visitors we get over the summer months,” Venture Taranaki chief executive Justine Gilliland said

“People already know Eltham as the home of cheese in New Zealand, but this is about more than that,” South Taranaki mayor Phil Nixon said.

“It’s great to have a shop that showcases all sorts of great local foods from all around the region. Allowing them to come together and be accessible will hopefully make experiencing the best, locally, even easier.”

The Taste of Taranaki Pop-Up will run from November 12 to January 30, 2022. Usual opening days will be Thursday-Sunday, 9am-4pm, and will include special opening times over the Christmas and New Year period.