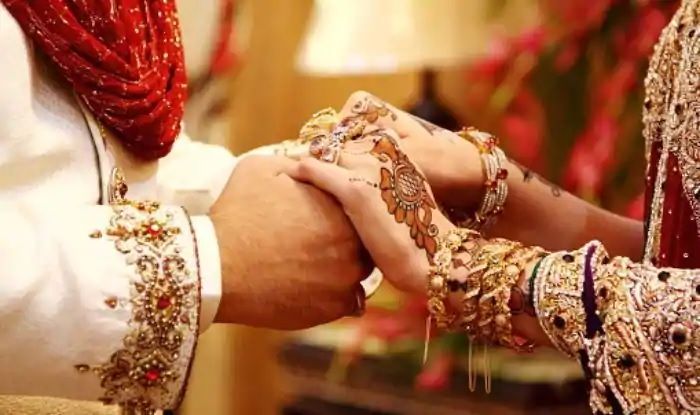 Chennai: Hours before saying ‘I do’, a bride in Tamil Nadu’s Cuddalore broke off her wedding after the groom allegedly slapped her on the face for dancing with a cousin, and proceeded to marry a relative at the scheduled date and time, but a venue seven kilometres away. In the sequence of events that mirror the script of a romance drama, the spurned groom has now lodged a complaint with the Panruti all-women police station seeking compensation, according to a report by Times Of India.Also Read – Gehraaiyan Trailer: Love, Sex, Infidelity, And Marriage – Shakun Batra’s Story Shows Complexity of Relationships

According to the groom, he was falsely accused by the bride and her family of assault and is seeking compensation of Rs 7 lakh, which his family spent for the reception and wedding arrangements. Also Read – Mahabharat’s Krishna Aka Nitish Bhardwaj Announces Separation From IAS Officer Wife Smita After 12 Years of Marriage

According to the police, the groom belongs to Periyakattupalayam near Panruti, and is employed as a senior engineer in a private firm in Chennai. He was betroth to a postgraduate woman from Panruti with the blessings of their parents and elders of both families on November 6. Also Read – Ram Gopal Varma Tweets About Dhanush And Aishwaryaa’s Separation, Calls Marriage a ‘Jail’ – Check Viral Tweets

The families decided to hold the reception on January 19 in Panruti and the wedding ceremony the following day in Kadampuliyur village. The organisers had even arranged a DJ for the reception, held the day before the wedding as is the custom in some communities, TOI said quoting police.

The trouble started when the groom and bride were happily dancing at their reception ceremony and bride’s cousin joined them on the floor. The groom got irked when the cousin placed his hands on their shoulders and danced and pushed the bride and her cousin away. The bride’s family claimed that the groom slapped her in front of everyone when she joined him on the stage, following which the bride called off the wedding with the approval of her parents.

Later, the woman’s family found a suitable groom for her from among the relatives and got her married to him on the scheduled date and time, but at a different venue.

Panruti all-women police inspector S Valli said the groom was accused of slapping the bride for dancing with her cousin following which the bride rejected the groom and her parents got her married to another man. “We have received complaints from both sides. We have instructed the parties of the two sides to come for inquiries tomorrow (Saturday),” said Valli, according to TOI.