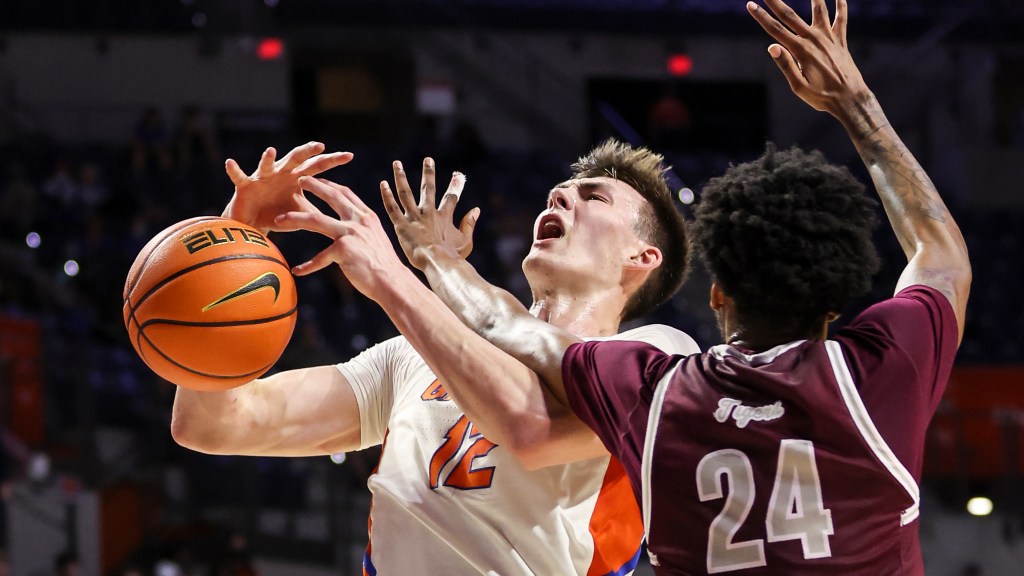 They say that success inside, especially when it comes to rebounding, is an effort-based endeavor. That certainly appeared to be the case against the Tigers, who didn’t have any players in their starting lineup taller than 6-foot-9-inches. Florida may have had a big matchup advantage physically, but it simply couldn’t match the intensity inside that TSU brought to the table.

The Gators were doubled up in rebounds 46-23, and there’s simply no excuse for that. Not when you have 6-foot-11-inch Castleton and Anthony Duruji, who has pogo sticks for legs. The pair combined for just nine boards in this one, and the offensive rebounding margin was 14-8, leading to a 17-7 advantage for Texas Southern in second-chance points.

The Tigers shot 54.4% from the field and were on the right side of 50% in both halves. They shot 45.5% from beyond the arc, though they only attempted 11 shots from downtown. Florida committed 14 fouls, and 42 of Texas Southern’s 69 points came in the paint.

It’s one thing to lose a game — even one like this — because your opponent shoots the lights out. It’s another thing entirely to be completely overmatched inside by a mid-major team despite having an NBA prospect playing center.

TSU had three players score in double figures, and two of them came of the bench. The star was forward Joirdan Karl Nicholas, who had 14 points while hitting all seven of his shots. Guard PJ Henry led the team with 16 points, while starting forward John Walker III had 13 points.

This defense has shown signs of weakness after a dominating start to the season, and everything finally collapsed in this one. The Tigers broke Florida’s press, like Oklahoma did, exploiting the weaknesses the Gators put on tape while White’s team failed to adjust at all.

If this team can’t shoot or even defend the paint against a bad mid-major team, conference play in an SEC that’s as competitive as it’s ever been is going to be a rude awakening for White’s squad.