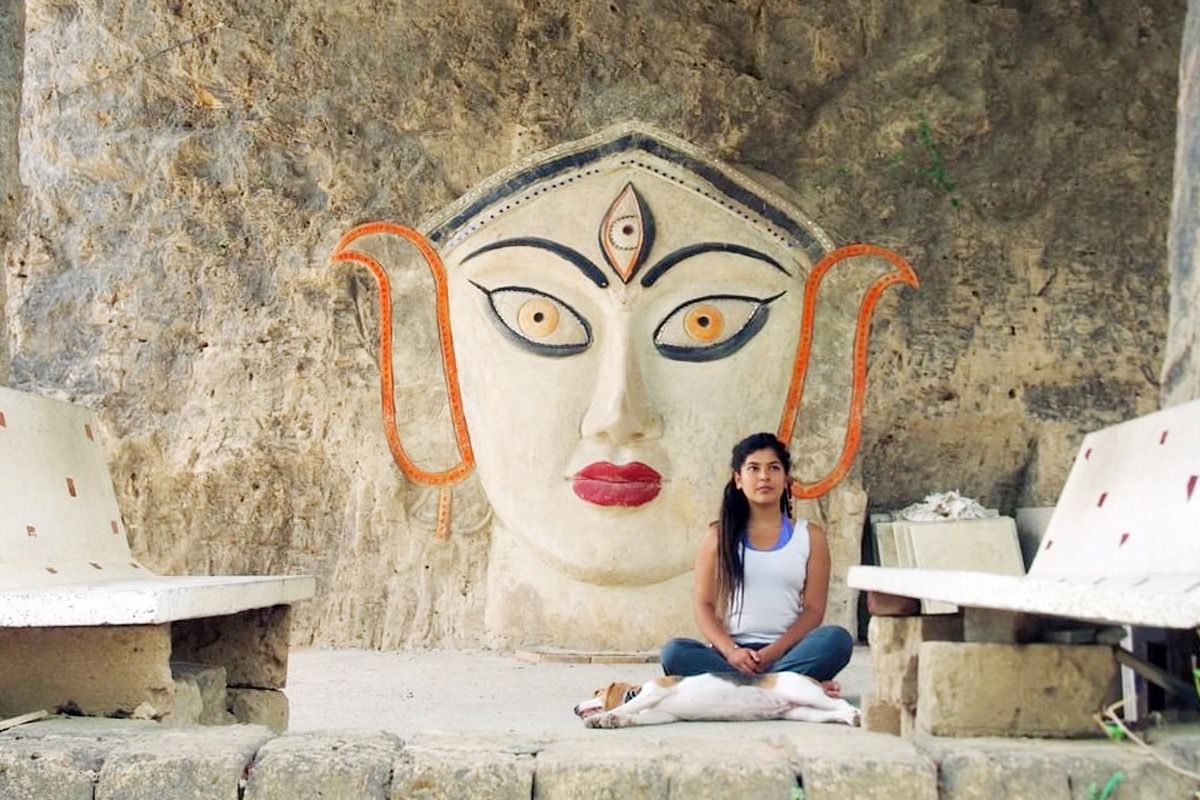 Taarak Mehta Ka Ooltah Chashmah fame Nidhi Bhanushali Aka Sonu Bhide is an avid traveler and often shares glimpses from her travel book. The actor is currently in Madhavpur, Gujarat, and shared a picture from an Osho Ashram in the state. In the photo, she can be seen sitting at a rocky platform along with her dog sleeping just in front of her. She can be seen clad in a blue bralette teamed up with a white sleeveless top and blue denim. She completed her look with minimal makeup and hair left natural with its deadlocks.Also Read – Taarak Mehta Ka Ooltah Chashmah: Dayaben aka Disha Vakani to Not Attend Dilip Joshi’s Daughter’s Wedding

Check Out The Photo Here:

Earlier, she shared her hot picture in a sleeveless purple crop top and black lowers as she posed by the beach and enjoyed the breeze. She captioned it, “Feelin’ the breeze by the sea, won’t you just let me be!” Also Read – ‘Sonu Bangyi Sexy’: TMKOC’s Nidhi Bhanushali Drops Smoking Hot Photo Flaunting Her Beach Bod in Purple Crop Top

Meanwhile, Nidhi Bhanushali was a part of the longest-running show, Taarak Mehta Ka Ooltah Chashma for a long period of time. Palak Sidhwani replaced her and is currently essaying the role of Mr and Mrs Bhide’s daughter Sonu, who is the only girl in Tappu Sena of Gokuldham society.