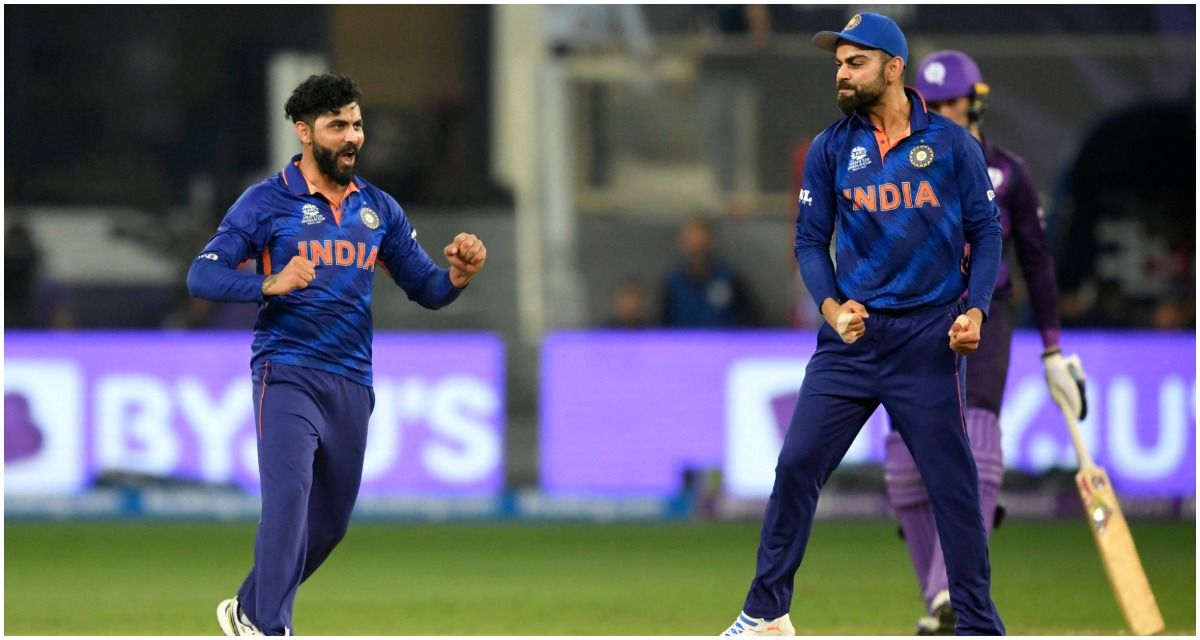 New Delhi: India registered their second consecutive win of the ICC T20 World Cup 2021 on Friday as they beat Scotland by 8 wickets at the Dubai International Cricket Stadium, Dubai. By winning against the Scotsmen, the Indians have ensured that they are still very much in the tournament and would be hopeful that a couple of results go their way in order to qualify to the semi-finals of the T20 World Cup 2021.Also Read – T20 World Cup: India Crush Scotland By 8 Wickets to Overtake Afghanistan in Net Run-Rate

Although India have climbed to third spot in the rankings ahead of Afghanistan in the net run-rate, which they have achieved by chasing down the target of 86 in just 6.3 overs. The Men in Blue will have to now beat Namibia in their final super 12 match by a big margin as usual and expect New Zealand to lose against Afghanistan.

Afghanistan are scheduled to play against New Zealand on the 7th of November in Abu Dhabi while India will take on Namibia in their last group league encounter the following day, 8th November at the Dubai International Cricket Stadium. It might just go right down to the wire until we have our other two semi-finalists from both groups in this year’s biggest stage of the shortest format of the game. England and Pakistan have already qualified from Group 1 and Group 2 respectively.