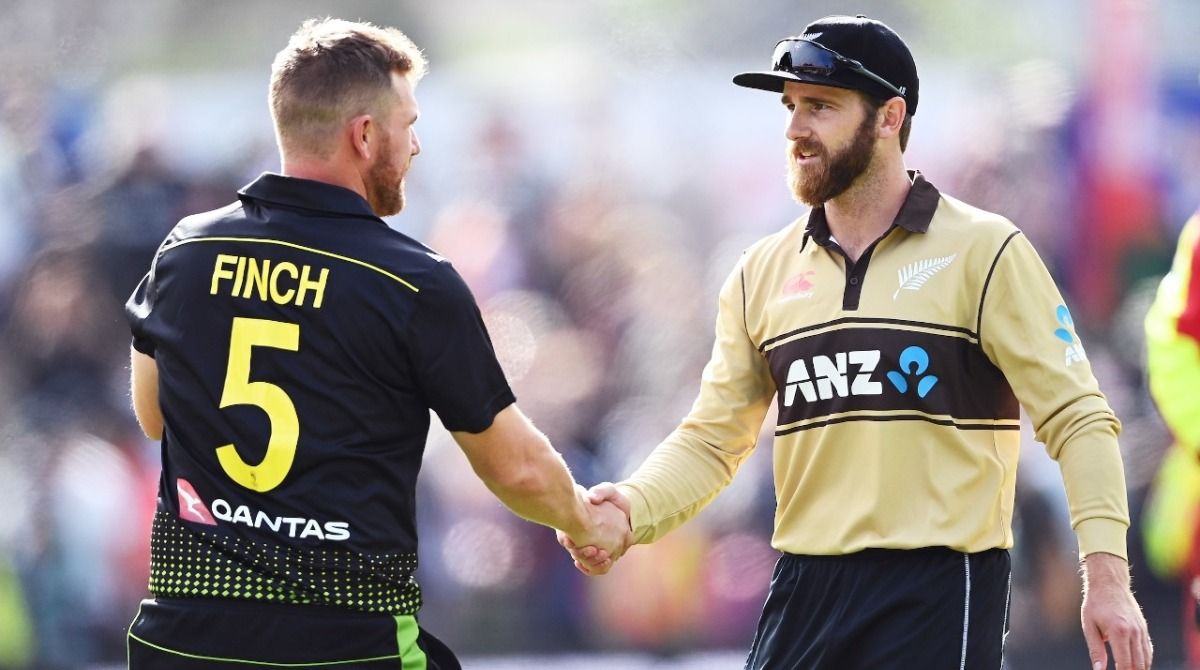 Dubai: Australia and New Zealand would like to lay their hands on the glittering ICC T20 World Cup trophy when the trans-Tasman rivals face off in the final here on Sunday, with a win for either side ensuring their maiden title since the inaugural edition of the tournament in 2007.Also Read – Salman Butt Hails David Warner’s ‘Game Awareness’ For Hitting Mohammed Hafeez’s Double Bouncer For Six During T20 WC Semi-Final Between Pak-Aus

New Zealand and Australia knocked out the two top-ranked teams in the semifinals, in England and Pakistan respectively, to seal their places in the final. Looking at their head-to-head record, Australia hold a slight edge in T20Is. Since winning the first T20 international ever played, Australia have won eight more against their neighbours, while New Zealand have won five, including in a Super Over. Also Read – Virender Sehwag Reacts on Fans Targeting Hasan Ali For Dropped Catch During T20 WC Semis vs Australia

At the T20 World Cup, however, New Zealand took the honours in the only meeting between the sides. In the 2016 edition in India, New Zealand posted 142/8, before restricting Australia to 134/9. Mitchell McClenaghan was ‘Player of the Match’ for his 3/17, while Corey Anderson and Mitchell Santner took two wickets each.

The last time these two teams met at a World Cup final was in 2015, when the trans-Tasman neighbours co-hosted the 50-over World Cup. Although Brendon McCullum’s men had edged Michael Clarke’s side in the group stage, the final at the MCG went comprehensively Australia’s way.

New Zealand lost their captain early that day, and could make only 183, which Australia chased down with seven wickets to spare for their fifth World Cup title. Mitchell Johnson and James Faulkner took three wickets each, while Mitchell Starc had two to take down the Black Caps line-up.

Among the key performers in the final on Sunday will be Aaron Finch, the Australia captain. Finch has 251 runs against New Zealand in T20Is, the most by any Australian man, at an average of 62.75 and a strike-rate of 144.25. His figures include two fifties, 22 fours and 11 sixes in just seven innings between the sides.

Among the Black Caps, Martin Guptill has enjoyed the Australian challenge, and played in all but two of the 14 matches between the teams. In 12 innings, he has 435 runs at an average of 36.25 and strike-rate of 152.09. He has two fifties and a hundred against them. However, the 105 in 54 balls came in a losing cause, with Australia chasing down a target of 244 with five wickets and seven balls to spare.

The Kiwis will miss Devon Conway, who has been ruled out of the final with a hand injury. Conway was in great touch in five matches against Australia earlier in the year, making 192 runs at an average of 48, including a top score of 99 not out.

Among the bowlers, Ashton Agar’s numbers provide a case for his selection, as the leading wicket-taker for Australia in this match-up: 13 wickets at 16, with a best of 6/30. Interestingly, Mitchell Starc, Pat Cummins and Josh Hazlewood are yet to play against the Black Caps in T20Is.

For New Zealand, Ish Sodhi has made the most trouble in this contest, taking 16 wickets in nine matches at an average of 15.68 and going at 7.38 runs an over. Trent Boult has 10 wickets against them (average 22.70, economy 7.87), while Santner and Tim Southee have nine each. Jimmy Neesham has been expensive against Australia, picking up just two wickets at 39.50, with an economy of 13.16.