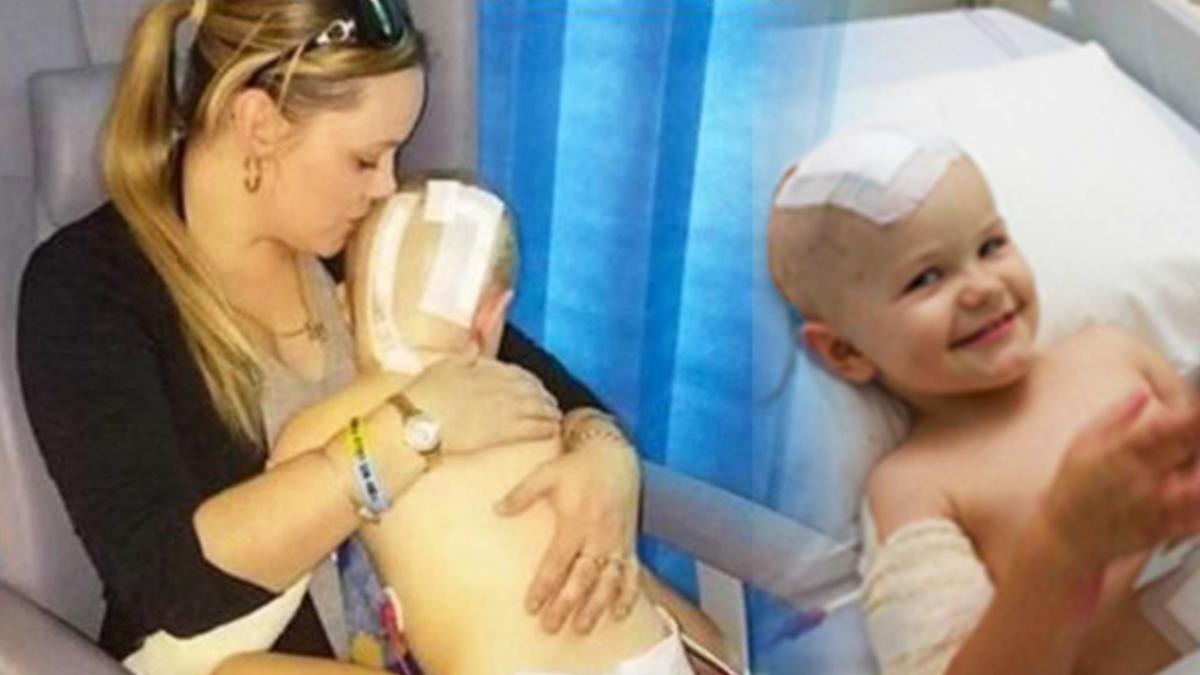 During another late-night trip to Emergency, Queensland mum Michaela Antonelli demanded an answer for her three-year-old girl’s excruciating pain.

“My gut told me something was horribly wrong,” Michaela tells 7Life.

It had started with a very innocuous symptom six years earlier.

But recently, Michaela noticed something different about her daughter’s nighttime screams.

They were cries of pain.

Lilly was once a bubbly happy toddler, but seemingly overnight she turned into a clumsy, upset little girl.

Seeking medical advice from doctor after doctor to no avail, Michaela was frustrated.

“For months I knew something was wrong, but I fought with myself and everyone around me. EVERYONE around me told me I was overreacting,” she says.

“They told me I was obsessing over something that wasn’t there and that I was just looking for attention,” Michaela says.

The worried mum was at her wits’ end. So, this time Michaela did something different.

The mum captured Lilly grabbing her long blonde hair and attempting to rip it out from her scalp before she turned her head towards the wall and began headbutting it.

This time, when the mum entered Emergency with her daughter dripping in cold sweat she handed doctors the evidence caught on film.

“After watching the video they ordered an urgent MRI,” Michaela reveals.

And when the results came back she says “neurosurgeons were absolutely gobsmacked that Lilly could still walk.”

Lilly was diagnosed with Chiari Malformation, a condition where part of the brain descends through a gap in the skull and down the spinal canal.

The MRI also showed a huge cyst, called a Syringomyelia, running down the full length of her spine.

Within seven days, the toddler had emergency brain surgery.

Sadly, that life-saving surgery wasn’t the last for Lilly.

Now nine, the youngster has undergone 30 brain and spinal surgeries.

Lilly’s childhood continued to involve ambulance rides and emergency surgeries both in Queensland and Sydney.

As well as Chiari Malformation and Syringomyelia, Lilly suffers from Hydrocephalus and Slit Ventricle Syndrome which are complications to do with excess brain and spinal fluid.

She also has Tethered Spinal Cord Syndrome which results in limited movement on the spine.

But with a diagnosis at last, she is receiving the very best care.

“She suffers with debilitating chronic pain but often pushes her limits to try to be a normal nine-year-old,” her proud mum says.

“Lilly is strong-willed and has a determination I have never seen in a child so young. She has so much love for school and just wants a normal life.”

And she has a message for other mums.

“It is real and had I not trusted mine then Lilly would likely no longer be with us or her life would be VERY different,” she says.