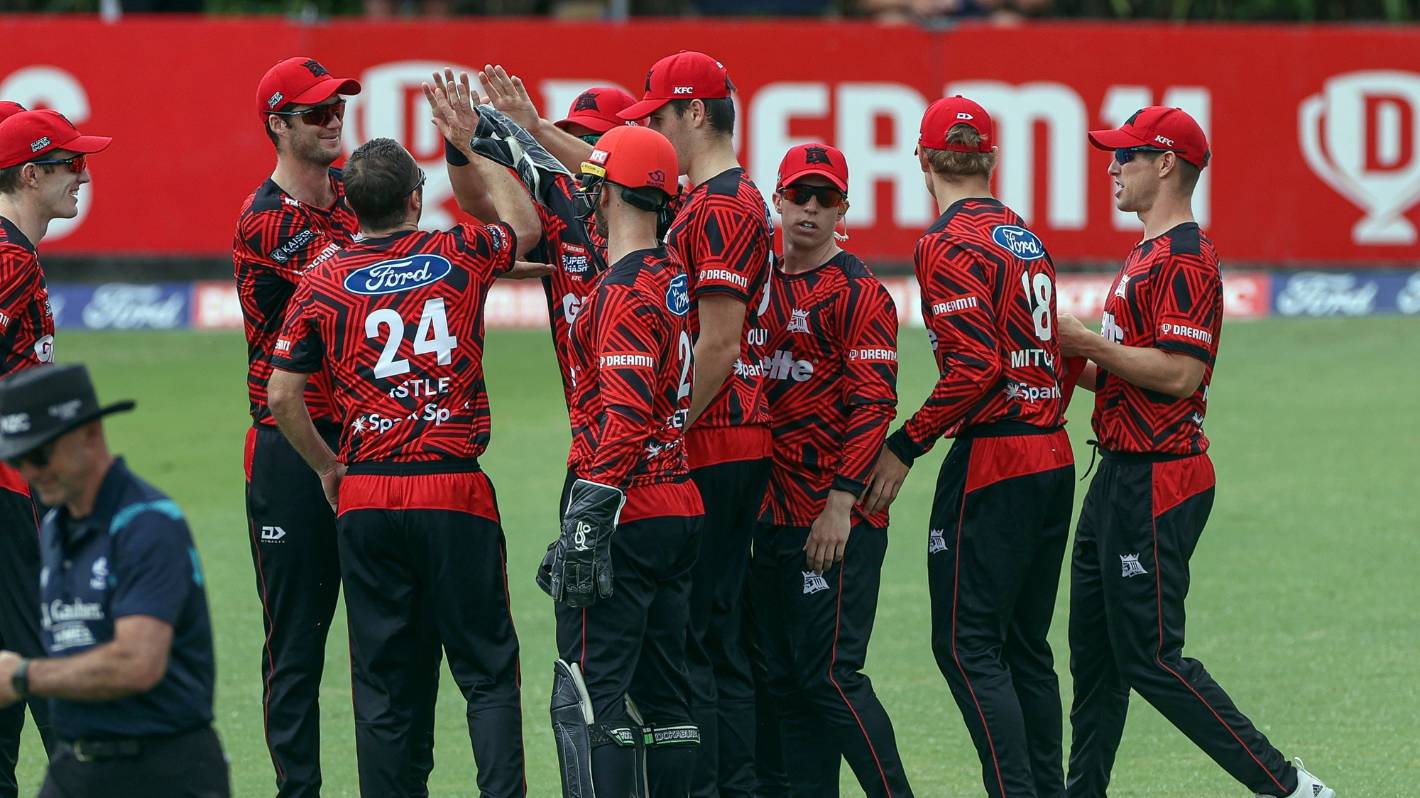 The Canterbury Kings remain in the hunt to host a home Super Smash final.

A day shy of three years since his last Twenty20 match for the Kings, Latham struck 34 from 19 at the same ground he scored 252 for New Zealand against Bangladesh last week, an important hand in Canterbury’s 18-run win.

Despite Latham admitting the hosts’ 154 was probably 15-20 runs short of a par score, the Kings defended the total courtesy of a superb bowling and fielding performance.

Their sixth win of the season pulled the second-placed Kings to within two points of Northern Brave (26 points) ahead of their clash in Christchurch on Friday.

Canterbury will fancy their chances of toppling the Brave, too, especially with the way Henry Shipley is bowling.

He was excellent against the Aces, snaring three wickets in the power play, including the all-important wicket of Black Cap Glenn Phillips – caught brilliantly by Ed Nuttal – for a second-ball duck, and finished with figures of 3-14 from his four overs.

The all-rounder’s early damage crippled the visitors, who were 18-3 after the power play, and needed a Robbie O’Donnell edge in the seventh over to find the boundary for the first time.

On a day many batters looked out of sorts, O’Donnell made it look easy, striking a quality 56 from 37 in vain.

Latham was Canterbury’s top-scorer in his first T20 for the Kings since he blasted 110 from 60 balls against the Stags in Napier in 2019.

Having finished his immense knock for the Black Caps with a couple of booming sixes last week, he wasted little time laying into Ross ter Braak, whose one and only over cost 18 runs.

But just as Latham looked like he might dazzle in front of his home crowd again, he was given out lbw to Lockie Ferguson.

Latham was visibly upset with the decision, no doubt due to the hint of an inside edge.

Nevertheless, at 52-2 after six overs, Canterbury were well and truly set after being sent into bat, only for them to waste the platform.

They lost wickets at regular intervals, crippling their innings and leaving them well short of gunpowder when they’d typically have launched.

Daryl Mitchell (30 from 22) and Cameron Fletcher (22 from 20) were both caught on the boundary when their side needed to consolidate, while Mitchell Hay and Todd Astle were both run out.

That said, Auckland quicks Lockie Ferguson and Ben Lister deserve credit after both taking 2-22. As does teenage spinner Adithya Ashok, who took 3-33, and pulled in a screamer off his own bowling to dismiss Cole McConchie.