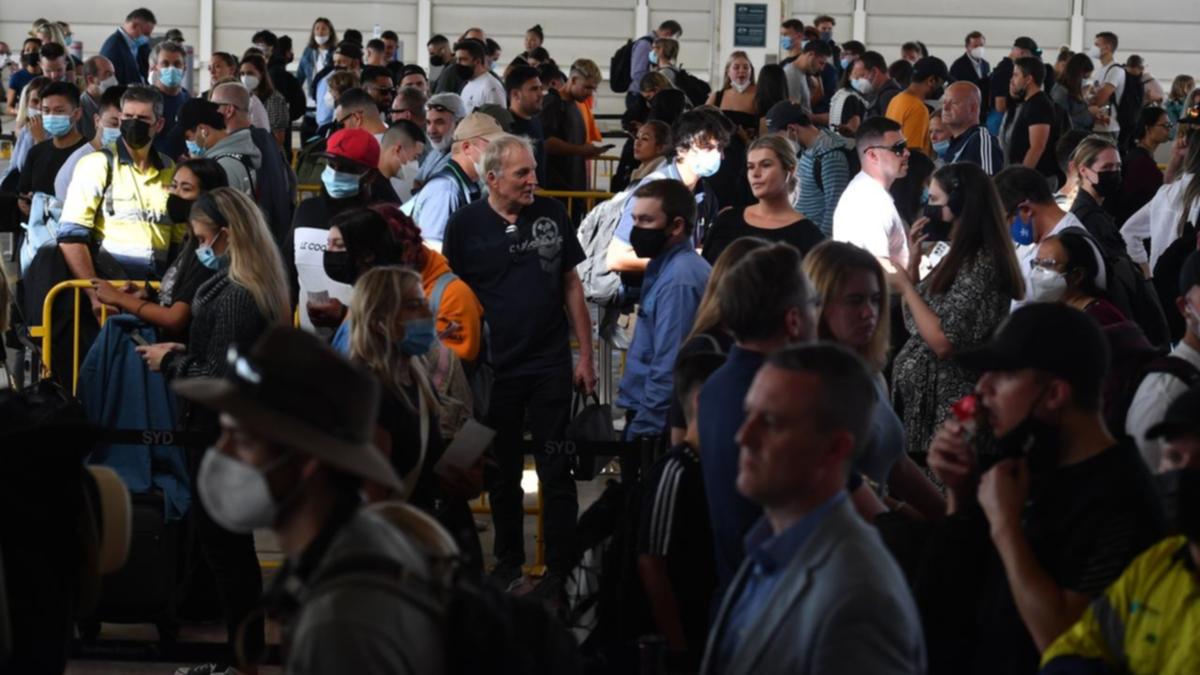 A Melbourne family say they have been mistreated by Qantas, after domestic flight delays left them stranded in Sydney.

Javiera Martinez, her partner Daniel Capurro and their three children aged 14, seven and eight were supposed to be flying to Chile on Friday to visit relatives they had not seen in three years.

But after their 8am Qantas flight from Melbourne was delayed by half an hour, baggage handling and airport transfer delays in Sydney meant they couldn’t make their 11.30am flight to Santiago.

For more Travel related news and videos check out 7Travel >>

“We think Qantas didn’t behave appropriately, I got berated by the person at the counter, they never apologised, they never assumed any responsibility at all,” Ms Martinez told AAP.

“It was a rude conversation, we have been mistreated badly I would say.”

While the airline paid for a hotel Friday night, the family doesn’t know when they can make it to Chile for what was to be a two-week trip.

They are among many affected by travel hold-ups amid the busiest travel period in two years, with Sydney, Melbourne and Brisbane airports warning passengers to arrive two hours before domestic flights.

On Friday, about 78,000 domestic passengers went through Melbourne Airport, with construction work at the terminals adding to congestion and queues.

In Sydney, domestic passenger numbers have nearly doubled in the past six months.

Sydney Airport General Manager of Operations Greg Hay warned travellers to be ready to go through security when they arrive at the terminal.

“We’ve also noticed people are a little out of practice with security protocols, for example not taking laptops and aerosols out of their bag at screening points, which is contributing to the queues,” he said in a statement.

Amid the surge in passenger numbers, the company providing security services at the airport, Certis Security Australia, is also attempting to rebuild its workforce, Mr Hay said.

More than 51,800 travellers went through Brisbane airport on Friday, making it the busiest day in more than two years.

It comes as services at the airport are also training up new staff, according to Rachel Bronish from the Brisbane Airport Corporation.

“As the aviation industry continues to ramp up, our partners across security screening, food and beverage, retail, and the airlines face the challenge of training additional staff to meet the demand, so passengers should expect longer processing times at the airport,” Ms Bronish said.