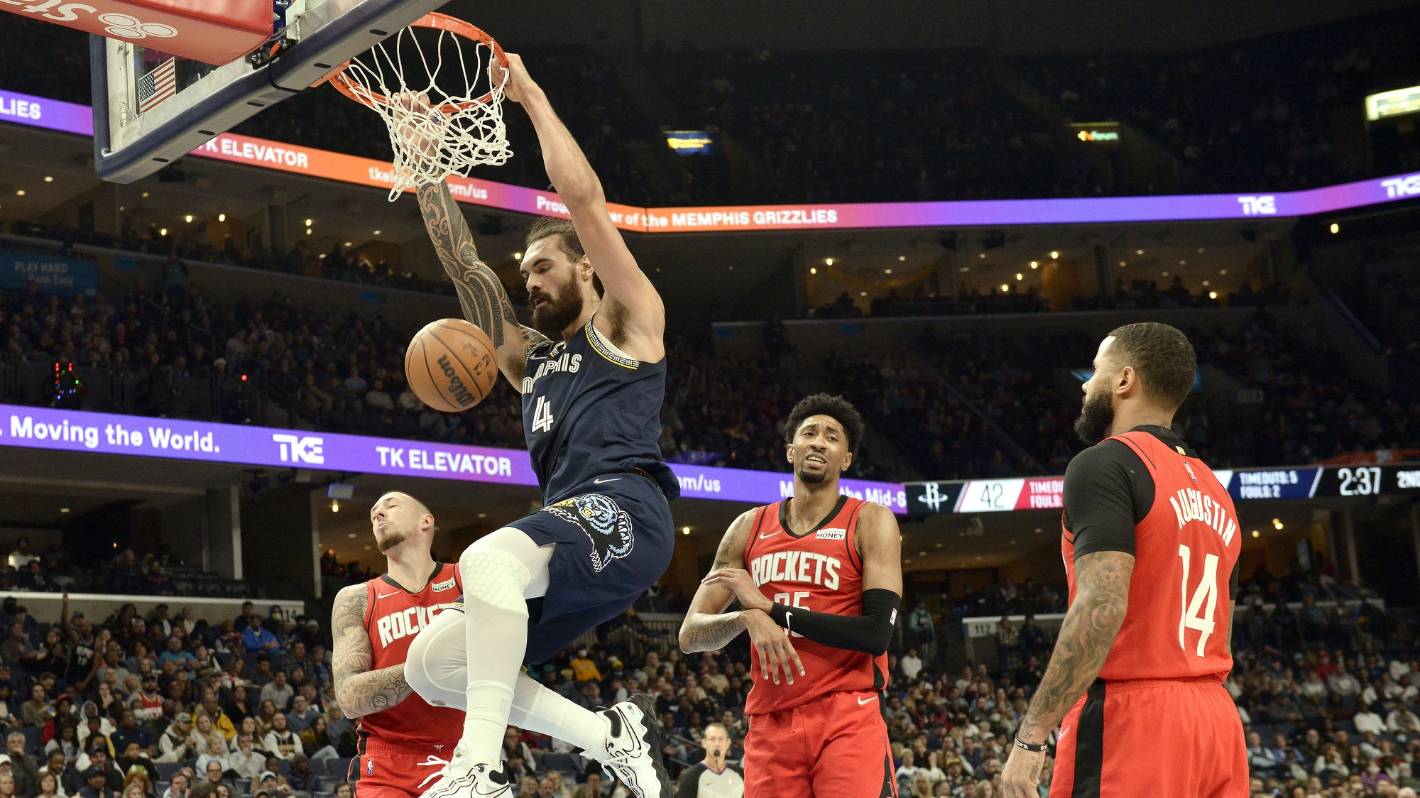 Memphis Grizzlies centre Steven Adams goes up for the dunk against the Houston Rockets.

Kiwi Steven Adams limped off in the third quarter with a left ankle sprain, but the Memphis Grizzlies continued their surging NBA form with a 113-106 home victory over the Houston Rockets.

Adams managed 21 minutes before exiting the game permanently and had six points (on 3-of-4 shooting), 9 rebounds and 3 assists for the Grizzlies as they went on to win their seventh game in the last eight. The 28-year-old New Zealander was plus-13 during his time on court.

Memphis, playing without star point guard Ja Morant and with Jaren Jackson Jr also sitting this one out, are now 16-11 for the season – good enough for fourth in the Western Conference standings.

Memphis were paced by 25 points from Dillon Brooks and 19 from Desmond Bane, with Christian Wood leading the Rockets with a double-double of 22 points and 11 rebounds.

Armoni Brooks, who was bound for New Zealand’s NBL earlier this year before getting a callup from the Rockets, added 18 points off the bench for Houston, including a quartet of triples.

The Grizzlies made hard work of things after a 40-point opening quarter saw them led by 11 at the first break and 63-47 at halftime.

The Rockets closed the deficit to 86-77 at the final break and closed to within six multiple times over the run home, before the Grizzlies, now 10-6 at home, steadied the ship.

Memphis host the Philadelphia 76ers next up on Tuesday (NZT).