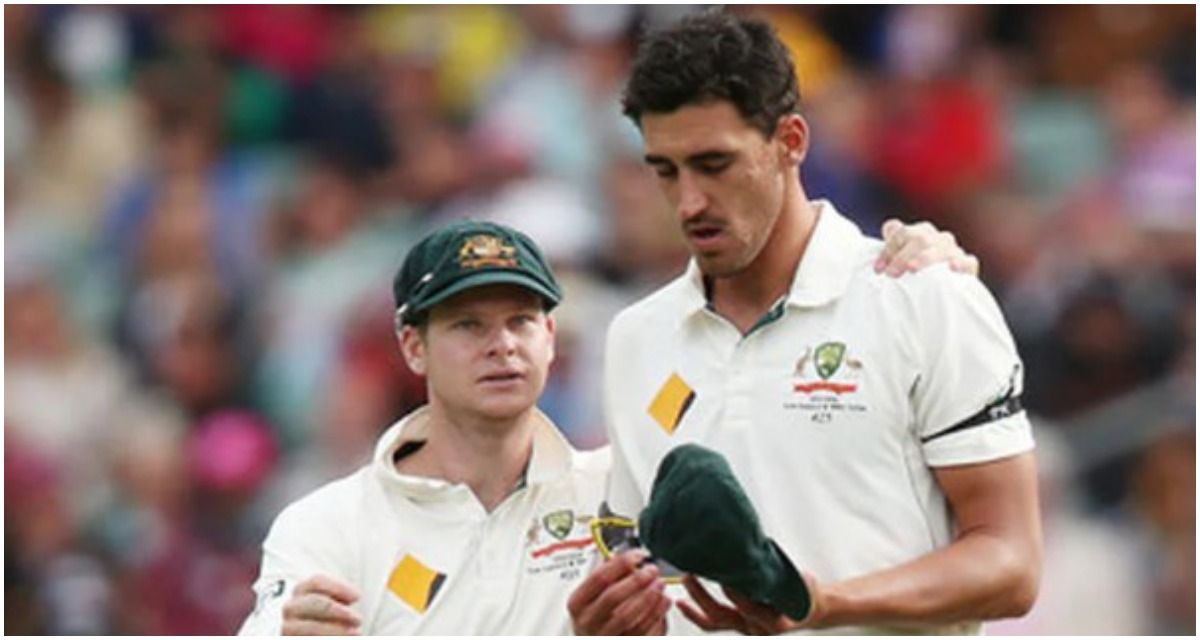 Brisbane, Dec 5: The heated Ashes rivalry between England and Australia is set to commence from the 8th of December with the 1st Test taking place at the Gabba, Brisbane Cricket Ground. Former Australia captain and currently the vice-captain, Steve Smith has backed the selection of Travis Head and Mitchell Starc for the upcoming Ashes series.Also Read – Ashes 2021: Pat Cummins Reveals Playing XI For Australia For First Test At The Gabba

Smith was in praise of Starc and asserted that when the left-arm pacer get the ball to swing late with some proper pace, he’s right up there among one of the best in the world. Also Read – Glenn Maxwell Reveals The ‘Great Time’ Team Had After Winning The T20 World Cup

“He was bowling with some proper pace and swinging the ball late. And we know when he does that he’s, if not the best in the world, he’s up there with it,” said Smith. Also Read – James Anderson Terms David Warner’s Record in Australia ‘Ridiculous’ As Both Teams Gear Up For Battle of Ashes

All-rounder Cam Green will further bolster the pace attack and he’s looking forward to learning from his more experienced team-mates.

“As a young guy coming into the team it’s actually a really good time, got a lot of experience around you to help you out, so I’m looking forward to it,” said Green.

🔜 The Ashes at the Gabba pic.twitter.com/jkbShjlLHY

Meanwhile Ollie Pope explained that England had developed great cohesion after being together as a group for a long time, while his team-mate Mark Wood warned that Australia “will be ready, believe you me”, as England aim to win the Ashes on Australian soil for the first time since 2011.