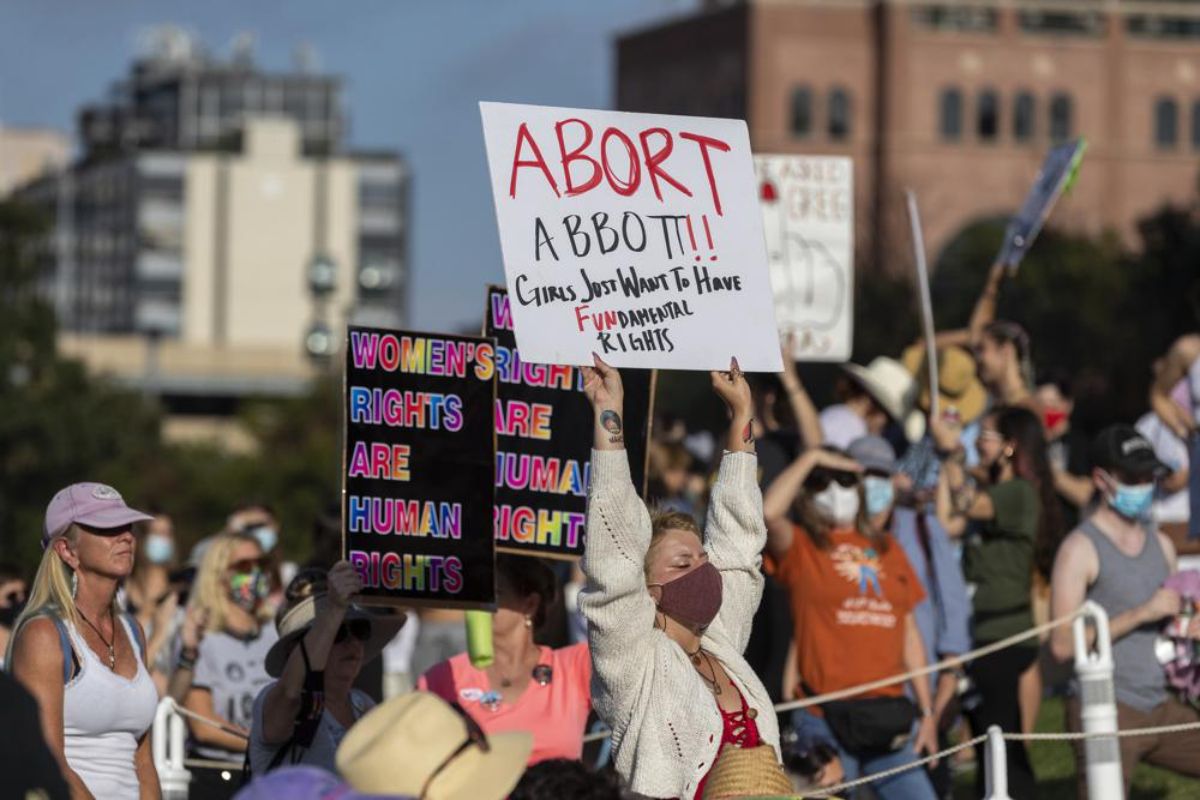 “In my mind, there should be no question where Vermont stands with regard to its core values and fundamental rights,” said Democratic state Rep. Ann Pugh, who chairs the committee that will hold hearings on the proposal as early as January. “And for those rights and responsibilities and values to be protected more definitively, they need to be enshrined in our state constitution.”

A far different approach is being considered in Kansas. Republican state lawmakers have placed on the state’s August 2022 primary ballot a proposed constitutional amendment that would overturn a 2019 state Supreme Court decision. That ruling declared abortion access a “fundamental right” and part of a woman’s inherent right to bodily autonomy.

The amendment would say that the state constitution provides no right to abortion and that the Legislature can regulate it however lawmakers see fit — which means if Roe v. Wade is overturned, Kansas lawmakers could ban abortion completely.

In California, lawmakers are expected to consider a plan in the coming year to make the state a “sanctuary” for those seeking reproductive care. That could include paying for travel, lodging, and procedures for people from other states where abortions have been restricted or perhaps outlawed.

“Abortion has always been contentious,” said Mary Hahn Beerworth, of the Vermont Right to Life Committee, which is opposing Vermont’s abortion-rights amendment. “In every state legislature across the country, in every political election, abortion rises to the top. It’s one of the most identifying issues of our time.”

At least 20 states, mostly across the South and Midwest, already have laws that would severely restrict or ban abortion if the high court overturns Roe and leaves the issue up to the states, according to the Guttmacher Institute, a reproductive rights think tank.

Earlier this year, Republican lawmakers in at least half a dozen states said they planned to introduce legislation modeled after a new Texas law that effectively bans abortion about six weeks after conception. The law is written in a way that is intended to circumvent the federal courts by leaving enforcement up to individuals rather than the state. They hope it provides a pathway to enacting the kind of abortion crackdown they have sought for years.

“I think most conservative states in the South will look at this inaction by the court and will see that as perhaps a chance to move on that issue,” he said. More than a dozen states, plus the District of Columbia, have statutory protections in place for abortion rights, said Elizabeth Nash, a state policy analyst with the Guttmacher Institute. That includes Massachusetts, where the Democrats who control the legislature earlier this year approved a bill over the veto of Republican Gov. Charlie Baker codifying abortion rights into state law.

Yet even in California, which already has adopted several measures to protect abortion access, a pro-choice group laid out 45 steps that could be taken to further protect those rights. “There is a lot of work to be done in order to shore up abortion rights and access,” Nash said.

Efforts to further restrict access are not just coming from more traditionally conservative parts of the country. The state budget New Hampshire Gov. Chris Sununu, a Republican, signed in June contains a provision prohibiting abortion after 24 weeks of gestation, with exceptions for the mother’s life or physical health. It takes effect Jan. 1, just before the start of the new legislation session.

And Republican lawmakers, who control New Hampshire’s legislature, are drafting several abortion-related bills, including one that would prohibit the procedure after the detection of a fetal heartbeat. Another would allow the biological father of an unborn child to seek a court order prohibiting a woman from having an abortion. A third would repeal the prohibition against remaining on a sidewalk adjacent to an abortion clinic.

Nash said a handful of states have interpreted their state constitutions as protecting abortion rights, but Democrats in Vermont want to be certain.

The proposed amendment does not contain the word “abortion.” Proponents say that’s because it is not meant to authorize only abortion but also would guarantee other reproductive rights such as someone’s right to get pregnant or have access to birth control.

“There’s a lot of support for this in the legislature,” said Lucy Leriche of Planned Parenthood of Northern New England. “I think the reason seems pretty clear to me at the moment. We’ve had this right for almost a half a century to reproductive liberty, and people don’t want to see us go backwards.”