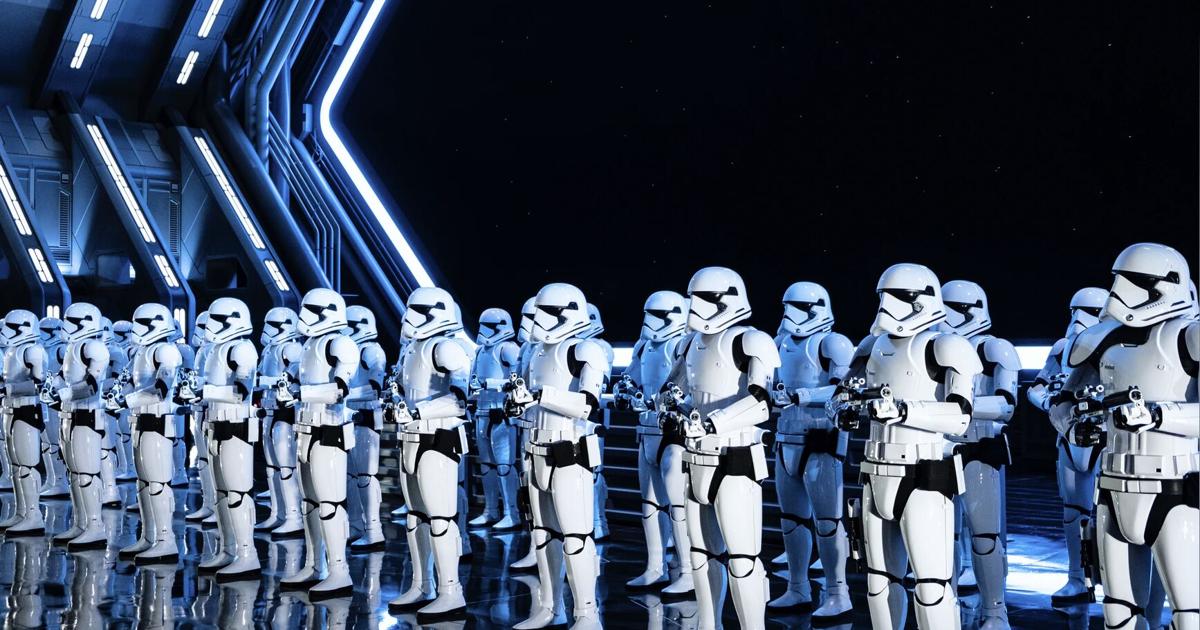 If you get to work on May 4 and your boss approaches you in a Darth Vader helmet and says, “Luke, I am your father,” fear not, it’s Star Wars Day! Just as this realization hits, the sandwich delivery guy breezes by and confirms it with a bold, “May the fourth be with you!” salute.

According to The Numbers, the Star Wars movies have collectively grossed over $10.3 billion at the Worldwide Box Office. The iconic global franchise has spawned Star Wars fan art, Star Wars fan films, and an entire line of Star Wars toys, games, and gifts for multiple generations of Star Wars enthusiasts. Put on your hooded brown bathrobe, show the Obi-Wan glint in your eye, and check out these gifts every Star Wars lover in your galaxy will love on Star Wars Day this year.

For the Star Wars fan who has everything, why not give this cool Transparent Creative Whiskey Decanter Set? The Darth Vader-themed gift comes with a Dark Lord whiskey decanter, two glasses bearing Vader’s helmeted head, and four food-grade, 304 stainless steel whiskey stones to keep your drink cold. You can also store juice, water, and any of your favorite beverages in the stylish carafe. So, raise your glass and say, “Cheers!”

Star Wars lovers of all ages will have a fantastic time building the LEGO Star Wars Imperial Shuttle replica from the original Star Wars film trilogy. At 660 pieces in all, the intricately detailed model boasts plenty of fun features, including foldable wings, stud shooters, and three LEGO Star Wars minifigures—Luke Skywalker, Darth Vader, and an Imperial Officer. This is a timeless construction toy that Star Wars fans of multiple generations can enjoy.

Celebrate Star Wars Day with your favorite Asian dish and this incredible set of four LED light-up Lightsaber Chopsticks from Star Chopsticks. They are BPA-free and dishwasher safe. And the bright neon colors give off a soft glow. If you’re wrestling for ideas on May the Fourth be with you, this unique set will undoubtedly bring a smile.

This cool Star Wars-inspired version of the classic real estate tycoon board game features detailed artwork from all the film trilogies. MONOPOLY: Star Wars Complete Saga Edition Board Game offers hours of fun as players battle it out to build the biggest intergalactic empire. Players choose from nine game tokens (one per Star Wars saga film). They then collect sets of planets and droids instead of properties, and they can build on them with tie fighters and x-wings instead of houses and hotels.

Let wise Jedi Master Yoda welcome friends and family from a galaxy far, far away with this adorable Star Wars Door Mat featuring Yoda and the greeting “Welcome You Are.” The non-slip mat bears a Star Wars logo tag and is a 100% officially licensed item. It’s perfect for use decorating outside bedrooms, dorm rooms, and the front porch.

Add the ultimate lighting effect to any room with this clever and unique Star Wars 3D Illusion Lamp. The soft glow of the night light illuminates R2D2, a stormtrooper, Yoda, and the Death Star. In all, there are four designs with 16 color changes and six timer settings with adjustable brightness to dim as kids are sleeping.

This 3D-printed POTS Succulent Pot Mini Planter Star Wars Stormtrooper Head is perfect to set on a desk, table, or windowsill. Use it as a planter, pen holder, a vase, or a Star Wars-themed decoration in a bedroom or office. It’s creative and reasonably priced for Star Wars fans everywhere.

Create a stunning décor conversation piece with this innovative Star Wars Death Star Wall Clock. Cut from a vinyl record, the clock features Star Wars characters in silhouette, including droid friends R2D2 and C3PO, a lightsaber battle between Luke Skywalker and Darth Vader, Princess Leia and Han Solo ready for battle, and more. The bottom of the clock bears the indelible phrase, “A long time ago, in a galaxy far, far away …”