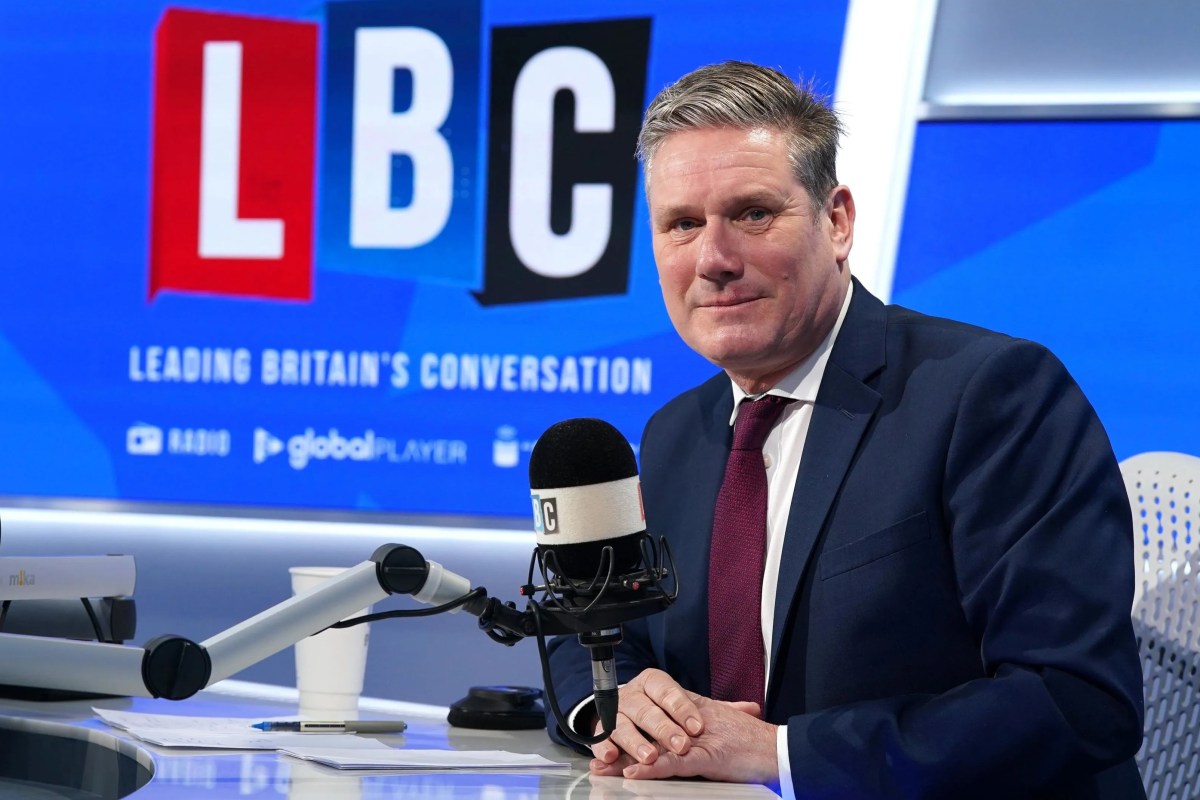 SQUIRMING Sir Keir Starmer has poured petrol on Labour’s blazing trans row by refusing to say if women can have penises.

The party leader dodged the question while saying he “liked open discussion”.

Labour has long been dogged by divisions over gender issues that have sparked infighting.

But Sir Keir’s attempt to soothe tensions backfired as he tied himself in knots.

Asked by LBC’s Nick Ferarri if a woman can have a penis, Sir Keir spluttered: “Nick, I’m not.

Ferrari asked if he had “offended” the Labour leader.

“It’s just, I don’t think that discussing this issue in this way helps anyone in the long-run.

“What I want to see is a reform of the law as it is, but I also am an advocate of safe spaces for women.”

Harry ­Potter author JK Rowling has said the Labour leader can “no longer be counted on to defend women’s rights”.

Yesterday, Sir Keir directly shot back: “Of course, we can be called on to defend women’s rights.

“We have done for a long, long time.”

The self-identification issue has exploded after trans swimmer Lia Thomas won the US national championships and looks set to compete at the Paris Olympics.

Asked if the athlete, who was born a man, should be allowed to participate, Sir Keir said it was “for the sporting bodies to decide”.

He would not commit to a women’s changing room ban.

But Tory MP Jackie Doyle-Price raged: “We [women] want dignity and privacy. That includes our own changing spaces, Keir Starmer.”

“We shouldn’t be forced to accommodate people with a penis.”

Downing Street said Boris Johnson believes trans people should be treated with the “maximum possible generosity and respect”, but must not ignore “basic facts of biology”