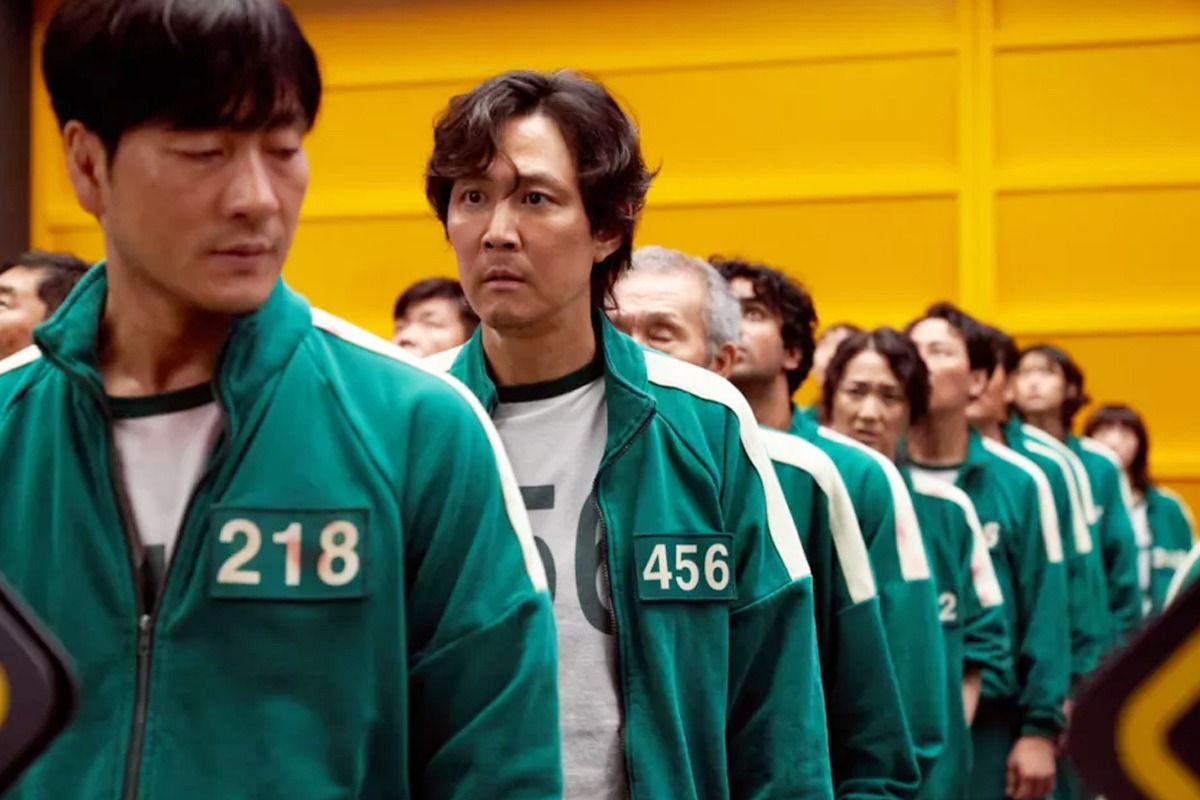 Squid Game: Netflix’s latest offering Squid Game is sweeping away people with its edge-to-the-seat thriller storyline. The web series has turned out to be the biggest hit dethroning Sex Education Season 3. The nine-episode series revolves around 456 people, who are in deep debt and have been given a chance to make quick money (approximately $38.6 million) by participating in the series of kids games. But it is not what they thought it will be. That’s when the characters become whimsied, engrossed, and terrified in the entire plot.Also Read – Dhamaka Trailer: Kartik Aaryan is Cynical Journalist Who Interviews Terrorist Amid Terror Attack

The game has become so popular now that the fashion industry is designing tracksuits inspired by Squid Game. The dark green tracksuit and numbered t-shirts are trending all over social media with the maximum number of Instagram reels and Twitter hashtags. An Instagram user must be aware of the popular reel game which is inspired from the very first game of the deadly series. Also Read – Mumbai Police Uses ‘Squid Game’ Reference To Promote Road Safety, Says Save Yourself From Getting Eliminated

Why Is Squid Game Trending?

Squid Game is a show where the creative minds go into the depth of the dark world where capitalism, good, inequality often triumph over humanity and goodness but it does give out a social message too. The series with each passing scene develops the characters and how their greed of earning 45.6 billion (approximately $38.6 million) finishes off their compassion, humanity, and above all the childhood friendship. The unexpected twists and deaths of so many important characters just leave the viewers amazed. The storyline also shows how the hidden organisation’s staff keeps their jobs above all, even at the stake of their own loved ones’ death bed. And last but not the least, the climax – aesthetic brilliance at par. Also Read – Viral Video: Scary Squid Game Alarm Clock Goes Viral, Watch Exclusive Video

5 Reasons Why You Should Watch This

The South Korean survival thriller comes with artistic twists, an unconventional storyline, and stellar performances by the actors. The nine-episode series will make your jaws drop with its dark theme and multiple dramatic sequences. The drama, the betrayal, the friendships, and love – everything goes for a toss but how far will you go for the prize money? The viewers get attached to certain characters and relate to them and their situation, unlike a lot more than Hollywood content.

The lead Lee Jung-Jae, who essayed the role of Seong Gi-hun, keeps you on the hook with his naive yet street smart characteristics. He makes you feel sorry, angry, and sometimes, he just leaves you in tears with his humanity and compassion towards fellow competitors. Another interesting character is Seong’s childhood friend Cho Sang-Woo, played by actor Park Hae Soo, who is totally opposite to Seong. He is evil, dangerous, smart, and a survivor. You will hate him but then will feel sympathy for him. One more and very important character that cannot be missed is Oh ll-nam (played by Yeong-su Oh). From the beginning till the end, you will feel bad for the only elderly man, who is competing with the group of young crowd and it keeps you wondering why is he even competing.  Well, that’s how twisted the characters are.

The Squid Games has a total of four games and each game builds your anxiety even more. With each rising level of the game and the least people to compete with, the storyline gets even more intense. It gets even more competitive, deadly, and violent between the contestants, all in the hands of the riches.

It all starts with Red Light Green Green, where contenders are supposed to walk when the doll says green light, and stop when it says Red Light but the doll itself was scary enough. The other games include Tug-of-war, marbles, and the one in which the player has to cross a glass bridge and don’t know which panel will shatter underfoot and a tin of candy with a shape embossed into it and the players must use a sharp object to cut out the shape without breaking the candy.

The recruiters hand out light-brown business cards with the game’s symbol – a circle, triangle, and a square. If players agree, they get a call and get picked up in a van but the organisation never discloses the location to the players. Interestingly, they make the player play a game at a subway to win the little money – more like a demo of the big deadly tournament.

#OneWordReview: #SquidGame Fantastic!Each & every episode, each & every game is fantastic it gives edge of seat experience!The lead 3 characters were exceptionally well,the emotional scenes were fantastic only VIP’s sucks, aside from this everything was gr8! #SquidGameReview 4/5* pic.twitter.com/7w2yZLvDmv

Just finished watching squid game and I gotta day it was a killer short series! Definitely a watch! Will be posting my thoughts on it on my youtube channel soon. Stay tuned #SquidGame #sauce #series #tv #netflix #mustwatch #review #squidgamereview #youtube

They even included an Urdu speaking character ( who is actually an Indian) so that South Asia go crazy about it. ( Sensing the rising fame here )
I am still confused what was the point of creating this crap!#SquidGames

A happy ending in such a cruel world. pic.twitter.com/ytZr9BDdrI

Netizens are bowled over the series and claimed that they haven’t watched a series like this in a long time. One user wrote, “#SquidGame is sweeping the globe. But how does this show reflect the real south Korea? Here’s a look at the real events and dynamics echoed by the shows’ events and characters: from the debt crisis rocking south Korea to the real “VIPs” who run the country.”

One more tweeted, “Fantastic! Each & every episode, each & every game is fantastic it gives the edge of seat experience! The lead 3 characters were exceptionally well, the emotional scenes were fantastic only VIP’s sucks, aside from this everything was gr8!”.

Have you watched Squid Game Yet?