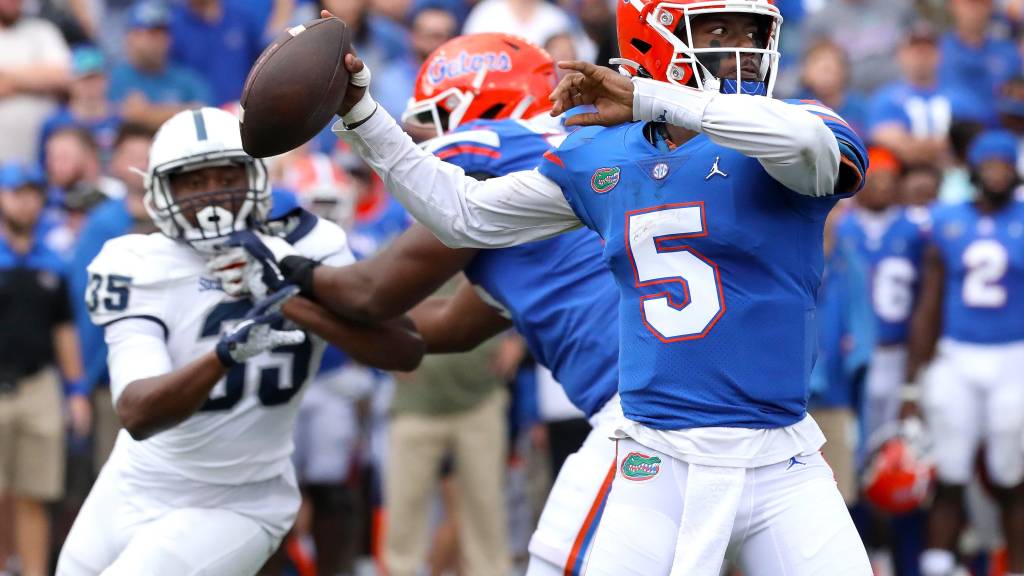 It’s hard to have much confidence in Florida’s football program right now. The team is 2-8 in its last 10 Power Five games, and the two wins have come against Tennessee and Vanderbilt. Even with the chance to take on a mid-level FCS team on Saturday in Samford, the Gators’ struggles were as noticeable as ever.

Though UF won that game, it wasn’t pretty, and now it has to hit the road to take on a Missouri team coming off a win over South Carolina, who walloped Florida in Columbia just two weeks ago.

In spite of the fact that this team hasn’t put forth much of an effort in recent weeks and that Dan Mullen may be coaching for his job, Florida still opened as fairly large favorites over Missouri, and the SP+ rankings from ESPN’s Bill Connelly, which have been high on UF all season, think it will get its first SEC win in over a month.

SP+ predicts a 36-26 win for the Gators, which would cover an 8.5-point spread. It’s hard to imagine Florida’s defense, which has allowed 175 points in the last four games (the most in a four-game stretch in over a century), holding the Tigers to under 30 points, especially with the way running back Tyler Badie is playing.

Badie has four 200+ yard games this season, and he’s coming off one of them in the win over the Gamecocks. UF has been abysmal against the run, and Badie should have a field day.

If SP+ is right, Mullen would avoid missing a bowl game for the first time in his tenure. But a victory won’t come easy, and SP+ may be a bit too bullish on this team — after all, Florida still ranks in the top 25 in SP+ while Mizzou ranks just 75th.

The Gators are going to finish with a losing record in the SEC regardless of what happens Saturday, but a loss would seal the worst conference record since Galen Hall’s 1986 team, and it would be Florida’s first 2-6 finish since the SEC expanded to eight conference games in 1992.

Here are the full SP+ predictions for Week 12.


The history of Florida football’s weird series with Missouri


Scouting the Missouri Tigers ahead of Saturday’s must-win game


Expert Predictions: What are the chances Florida pulls off a win over Mizzou?