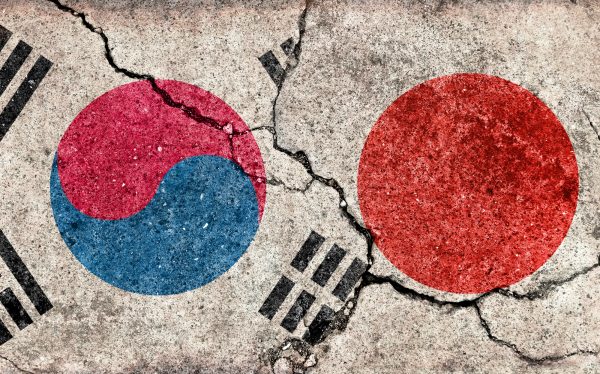 New President Yoon Suk-yeol has been clear about his intentions. Putting rhetoric into practice will prove more difficult, but not impossible.

One week before Yoon’s presidential inauguration on May 10, his transition committee announced 110 national tasks. Among them, 18 tasks specifically aimed at promoting South Korea as “a global pivotal state” under three categories of inter-Korean relations, diplomacy, and defense. Always, the tasks that a new government puts forward show both continuities and changes. In terms of promoting a “global pivotal state,” the Yoon government is advocating for normalization of Japan-South Korea relations and revitalization of Japan-South Korea-U.S. cooperation, which marks a notable difference from the previous Moon government.

The Yoon government has already made positive gestures in securing Japan-South Korea relations as well as Japan-South Korea-U.S. relations. Yoon’s foreign minister nominee, Park Jin, visited Tokyo in late April and indicated his support for the 2015 “comfort women agreement.” Yoon then hosted Japan’s Foreign Minister Hayashi Yoshimasa at his inauguration, providing an opportunity for Hayashi and Park to meet again in Seoul. The two reiterated their shared “view that bilateral and trilateral strategic collaboration also involving the United States is needed more than ever in the current international situation.”

Yoon’s emphasis on reconciliation with Japan is expected to positively affect the Biden administration’s Indo-Pacific alliance cooperation. Next week, U.S. President Joe Biden is scheduled to visit South Korea and Japan for the first time since taking office. This initial visit is considered critical in the global context of China-U.S. competition and Russia-U.S. conflict. The Biden administration has emphasized trilateral cooperation from the perspective of regional security while holding bilateral ministerial meetings with South Korea and Japan respectively. The U.S. Indo-Pacific Strategy released in February 2022 referred to “expanding U.S.-Japan-ROK cooperation” as one of the core lines of efforts to implement its Indo-Pacific action plan. Thus, the U.S. is expecting substantial progress in trilateral cooperation as a means of strengthening the alliance networks across the Indo-Pacific region.

However, it could be a challenge for the Yoon government to break the impasse and restore trust between South Korea and Japan. Although publics in both countries recognize the importance of bilateral relations, Japan-South Korea diplomatic, economic and defense relations have been stalled over the past few years. Different interpretations of history are fundamental barriers that have continued since the diplomatic normalization in 1965. There have been several attempts at reconciliation, including the 1998 declaration of a “New Japan-Republic of Korea Partnership towards the Twenty-first Century” and the 2015 comfort women agreement. But, unfortunately there has been a mismatch of perceptions of the colonizer-colonized relationship. As the demands for redress from a democratic South Korean civil society have increased, Japan’s conservative elites tend not to respond to them.

Moreover, the Japan-South Korea impasse over history – symbolized by compensation issues linked to wartime forced labor – has recently spilled over to trade issues (Japan’s export restrictions) and defense issues (South Korea’s threat to abrogate a bilateral information sharing agreement). Public perception on both sides have been badly affected amid the vicious spiral in bilateral relations. Right after the Japanese government announced its export restrictions, South Korean consumers voluntarily began to boycott Japanese products, under the slogan “don’t go Japan, don’t buy Japanese products.” Simultaneously, to the Japanese public it appeared that South Korea was not a trustworthy neighbor and that the Japanese government was taking the right steps. The 2020 joint survey conducted by the East Asian Institute of South Korea and Genron NPO of Japan revealed that 71.6 percent of the South Korean public said they have negative impressions of Japan, while 46.3 percent of the Japanese public said they have bad impressions of South Korea.

Based on this background, the road ahead of the Yoon government seems to be tough. However, new attempts to revive both bilateral and trilateral cooperation are likely to be made in at least three ways. First, it is necessary to take a bottom-up approach to reconciliation in both societies. The lingering issues on history cannot be solved simply by the top-down approach. It is critical to revisit the sprit of the 1998 “new partnership” and to restart various exchanges so that both societies can recognize each other as trustworthy partners. Japan and South Korea cannot let such exchanges be swept away by domestic political reasons.

Second, efforts to find shared grounds on diplomatic strategy are important. The Japanese government has pursued a “free and open Indo-Pacific” (FOIP) regional strategy. It is important for the new Yoon government to examine whether there are any convergence points between Japan’s FOIP strategy and Yoon’s “global pivotal state” strategy for South Korea. Both sides must find a cooperative agenda to promote stability in the Indo-Pacific region.