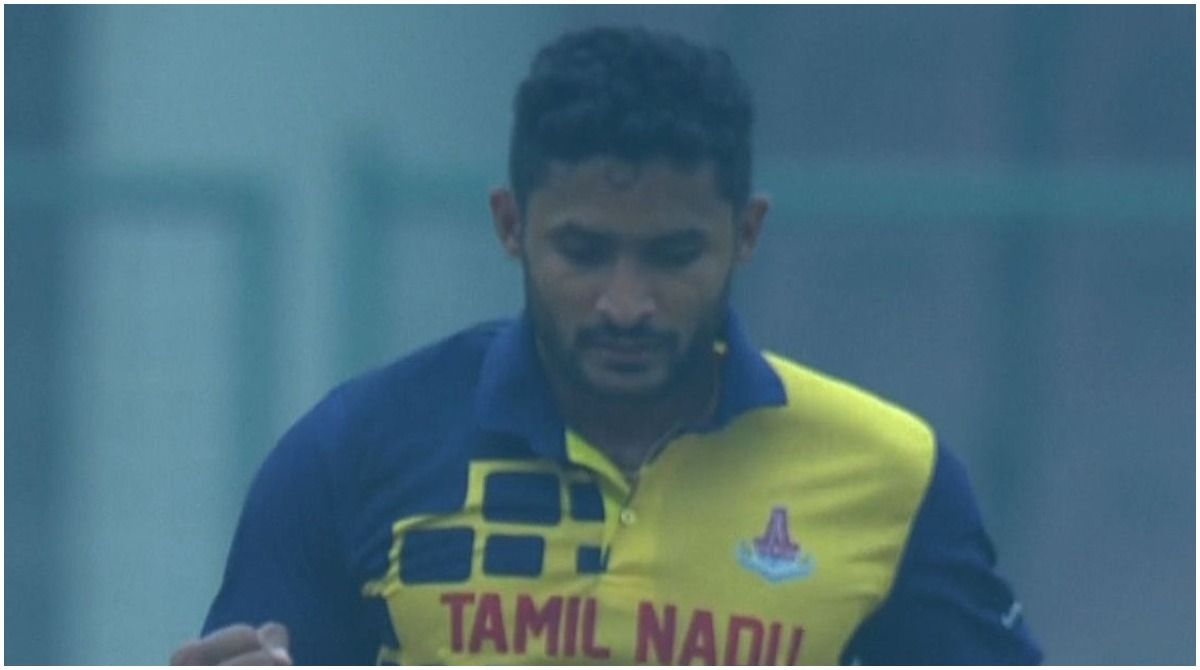 After electing to field first, Kumar made great use of early moisture by striking in his first over, taking out Tanmay Agarwal, caught off the outside edge flying to third man. The 32-year-old, playing just his third T20 match, had another maiden over but with two more scalps in his next over. Also Read – HIM vs KER Dream11 Team Prediction, Fantasy Cricket Hints Syed Mushtaq Ali T20: Captain, Probable Playing 11s- Himachal Pradesh vs Kerala; Team News, Injury Updates For Today’s Pre-Quarterfinal 3 at Palam A Stadium at 12 PM IST November 16 Tuesday

Finally, in the final over of power-play, Kumar conceded his first runs, a six down the ground by Bavanaka Sandeep. But that six didn’t rattle a rampaging Kumar as Pragnay Reddy cut straight to a juggling backward point, leaving Hyderabad in tatters at 26/4 in 5.4 overs.

Post power-play, things went from bad to worse for Hyderabad as Sandeep holed out to long-off off leg-spinner Murugan Ashwin. Two overs later, T Ravi Teja got a top-edge on pull to mid-wicket off M Mohammed.

From 39/6 in 9.2 overs, Tanay Thyagarajan proved to be the lone ranger for Hyderabad with wickets falling at the other end. He made 25, becoming the only batter from Hyderabad to reach double-figures before he became the last man to fall, completing Kumar’s five-wicket haul in the 19th over.

Hyderabad tried their best to not let the inevitable happen as Rakshann Readdi took out the opening pair of N Jagadeesan and Hari Nishanth in the space of two balls in the third over. But Sai Sudarshan (34 not out) and Vijay Shankar (43 not out) vanquished fears of an upset by rotating the strike and stroking boundaries with ease.

Captain Shankar finished off the chase with a hooked six over fine leg, leading Tamil Nadu to an easy win. They now await the winner of the second semifinal between Vidarbha and Karnataka ahead of the title clash on Monday.