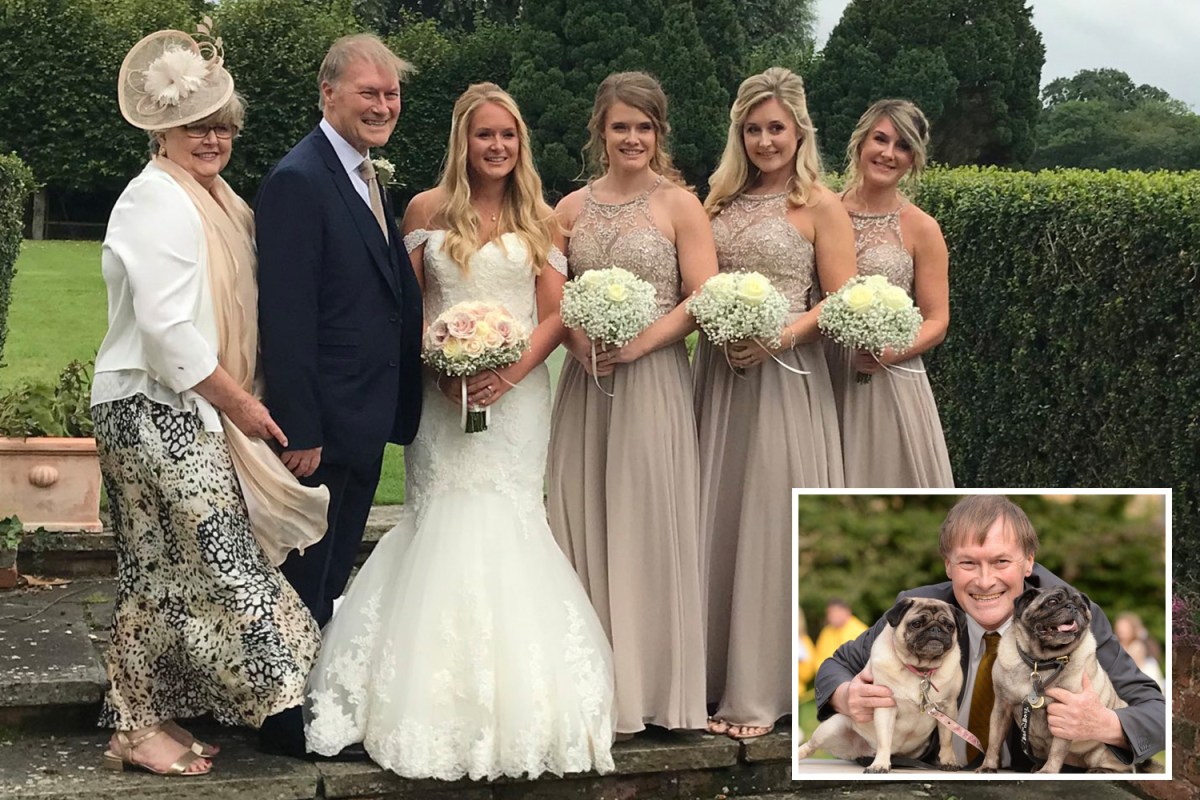 SIR David Amess, 69, was an Essex boy born and bred who served the people of his home county for nearly 40 years.

First elected to Parliament as a 31 year-old in 1983, he was one of the throng of new young, bright Thatcherites taking Britain politics by storm.

“He was the embodiment of Essex man”, his friend and fellow Tory MP Robert Halfon told The Sun.

“He was just the most wonderful and kindest and funny and compassionate politicians that we were lucky enough to know in our lifetimes.”

Sir David, a married father-of-five, spent a short stint as a primary school teacher in London’s East End and then a spell as a recruitment consultant.

But politics was his calling and by his early 30s the ardent Brexiteer was the proud MP for Basildon in Essex.

Once inside the corridors of power he worked as an aide to perhaps the most famous of the new breed of Thatcherite Tory – Michael Portillo.

He was part of this new gang of Tory grafters and strivers who were reshaping their ancient party forever.

But Sir David shunned the ministerial ladder which proves simply too alluring for most politicians.

Instead, this proud Essex boy preferred to stay on the backbenches where he could freely speak his mind, and stand up for his constituents, without the muzzle of ‘collective ministerial responsibility’ which gags so many politicians.

His colleagues and friends remember a charismatic, witty and charming MP.

Someone who loved nothing more than walking round his constituency, chatting to locals, and campaigning on issues close to his heart.

His local Tory Party branch chairman dubbed him “a friend to everybody” who could not do too much for his patch.

“He has a photographic memory – he remembers everyone” they recalled.

After nearly 15 years in his beloved Basildon, Sir David moved to the nearby constituency of Southend West to become an MP there (boundary commission bosses had tinkered with his old constituency borders – meaning it was bound to fall to Labour).

The 1997 election brought with it a changing of the guard. Tony Blair romped to a landslide victory. Like Maggie Thatcher two decades before, the New Labour leader was elected on a promise to remake his country – and his party.

But while most of the UK fell to the red rosette, Southend West stayed resolutely blue. And Sir David was their man.

In Parliament he was often found, head bobbing in the midst of a raucous PMQs, to ask the leader of the day if they would back his campaign to make Southend West a city.

In December 2019, he secured an adjournment debate in the Commons specifically on the campaign and he told MPs: “I am not messing around.

“We have got it from the Prime Minister that Southend is going to become a city – and it will become a city.”

A passionate supporter of the British monarchy, Sir David saw another opportunity in November 2020 as the Commons considered plans for the Queen’s Platinum Jubilee next year.

He asked for a new statue of the Queen and for a city status competition to elevate Southend’s status.

In March 2021, Sir David repeated his statue calls – insisting the Queen deserved one for being a “great” monarch.

His campaign for a memorial to Dame Vera Lynn on the White Cliffs of Dover also won support from a minister in May this year.

When it came to Brexit, he was a committed and passionate campaigner for the UK forging a new future for itself outside of the EU.

On December 30 last year, he posted a photo of a cardboard cut-out of former prime minister Margaret Thatcher on Twitter.

He wrote: “Whilst Margaret didn’t live long enough to see this day, I am sure that she is rejoicing in heaven. At last we ‘got Brexit done’!”

He was also a keen environmentalist, who was always campaigning to improve animal welfare standards.

He sponsored Bills to improve the tethering of horses and ponies and he helped get the Warm Homes and Energy Conservation Grant onto the statute book.

And he campaigned against fox hunting and is the patron of the Conservative Animal Welfare Foundation – along with Boris Johnson’s wife Carrie.

In an interview with the charity Cruelty Free International, Sir David said: “As a child I was known as ‘animal mad’, this is something I inherited from my late father.

“Over the years I have kept all manner of domestic pets. I have always found most animals to be grateful for everything that you do for them. That isn’t always the way with human beings.

Over four decades in Parliament he won a legion of fans and friends across the political divide. Labour and Tory MPs alike remembered a charming man who loved his constituency and entertained them with jokes and anecdotes.

“He was Basildon man”, remembers one colleague. He really as part of his constituency through and through.”

Friend of David Amess, Judith Canham, expresses her horror at stabbing of ‘such a kind man’