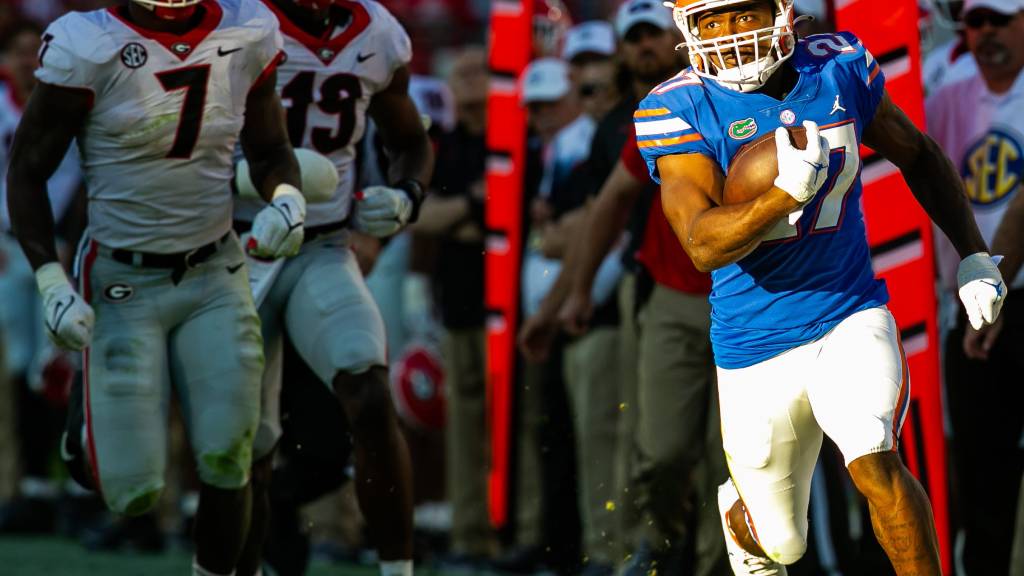 Florida ran the ball 39 times against Georgia on Saturday for 178 yards. Senior running back Dameon Pierce led the team with 69 yards on the ground on just nine carries.

As the game spiraled out of control and Florida failed to close the gap, fans and media began to ask why Pierce wasn’t getting more touches. Quarterback Anthony Richardson ran the ball 12 times, some of which were likely unplanned. Nay’Quan Wright had seven carries, Malik Davis had six and Emory Jones had five, and none but Pierce averaged over 4.5 yards per carry.

Head coach Dan Mullen explained the decision to reporters after the game.

“We roll guys through with different things that are happening,” Mullen said. “Obviously, there are different scenarios throughout the game. I thought Dameon ran the ball pretty hard today. Because of our injuries, we played some two tailback sets. We had to play multiple backs in the game, which changed things up because of the some of the injuries. I thought he ran the ball hard.”

Injuries have been an issue for Florida all year, so the fairly even split between Pierce, Davis and Wright this season makes some sense. But what Mullen didn’t address was the volume at which the quarterbacks run the ball.

Jones leads the team in carries with 90 and Richardson has 40 attempts in six games (five as a backup). Pierce has 55 carries, but he’s typically used as a short-yardage back. Still, he averages six yards per attempt and has eight touchdowns on the year. His numbers have fans wondering what might have been had Mullen called his number just a few more times.

Speaking to reporters after the game, Pierce seemed determined to improve rather than upset over the outcome. While not directly asked about his workload, Pierce did speak on Florida’s rushing attack as a whole.

“When we execute properly, we have one of the better rushing attacks in the country,” Pierce said. “It’s all about the little mistakes we make. We literally shoot ourselves in the foot, and we be beating ourselves sometimes. We know that. People inside know that, but on the outside looking in they can say whatever. At the end of the day, it comes down to better execution on our end just getting that run game going.”

A team leader by every definition, Pierce plans on keeping his teammates encouraged for the remainder of the season. Although the Gators don’t have the record they’d hoped for, Pierce knows there is still a lot of football to be played.