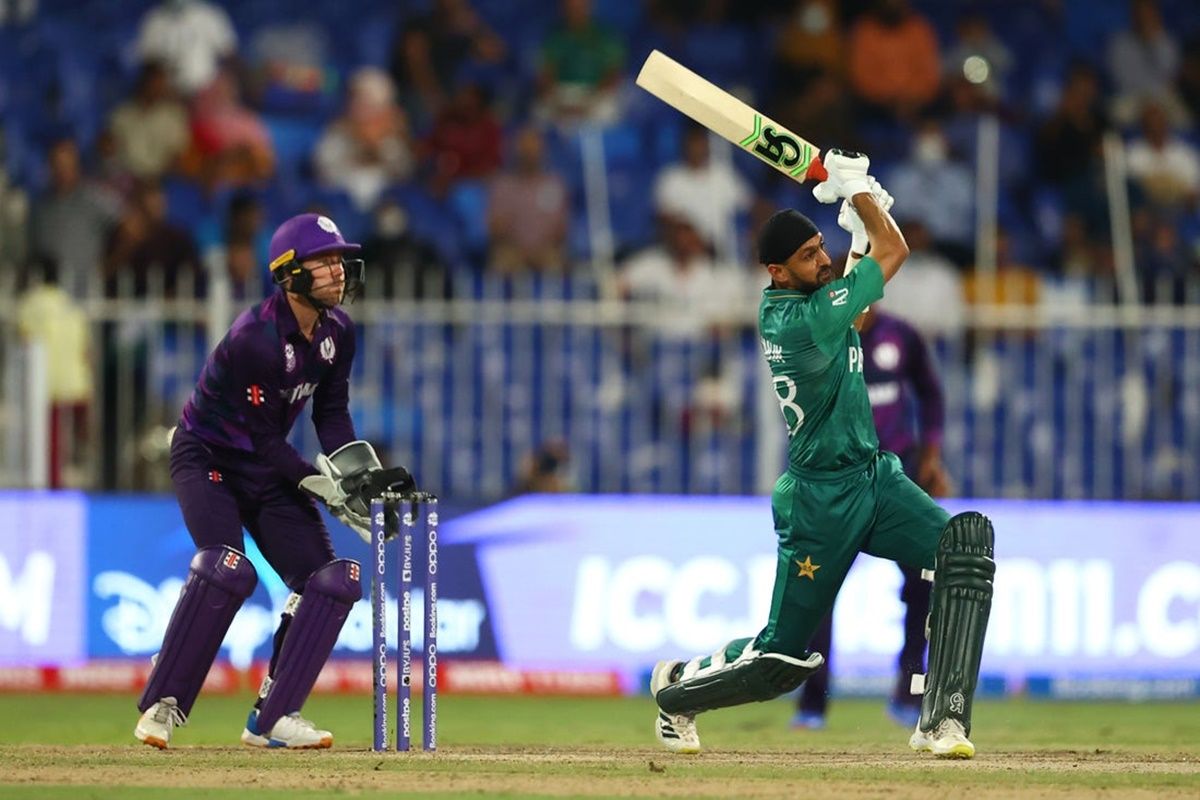 Sharjah: Playing international cricket since the last century, when some of his current teammates were not even born, Shoaib Malik on Sunday showed them the way with an astonishing 18-ball 54 to set up Pakistan’s 72-run mauling of Scotland in the T20 World Cup.Also Read – Rashid Khan Becomes Youngest Bowler to Take 400 T20 Wickets, Joins Dwayne Bravo, Sunil Narine in Elite List

Batting first, Pakistan pummelled 129 runs in the back 10 after limping to 60 for two at the halfway stage.

With the ball, the in-form team did what was expected of them in their last Super 12 engagement to set up a semifinal date with Australia.

Pakistan blazed their way into the last four with five wins from as many outings, underlining their credentials as one of the firm favourites.

Thanks to Malik’s blitz, Pakistan scored 43 runs in the last two overs, including 26 in the final six balls bowled by Chris Greaves.

Coincidentally, it was at this very venue that Malik made his One-day International debut in October 1999, against West Indies. His first Pakistan captain, Wasim Akram, retired from the game nearly two decades ago.

Meanwhile Babar, who once again donned the role of the accumulator, became only the third batter to score four half-centuries in a T20 World Cup after former Australia opener Matthew Hayden and India captain Virat Kohli, who achieved the feat in 2007 and 2014 respectively.

Having struggled to 60 for two at the halfway stage, Pakistan got 129 runs in back 10.

Opting to bat first, Babar Mohammad Rizwan were off to a sedate start, as the Scotland bowlers managed to keep the run rate below six until the power play.

Having smoked Bradley Wheal for a gigantic six over deep mid-wicket, Rizwan was dismissed by Hamza Tahir, who drew the batter with a tossed-up delivery before getting an under-edge to the wicketkeeper.

The Scots deserves plaudits for the manner in which they kept a lid on the Pakistan scoring as they ended the power play at 35 for no loss, which became 35 for one in the first ball of the next over with Rizwan’s dismissal.

Pakistan were not so well placed at 60 for two at the halfway stage as Scotland managed to keep their opponents to a run a ball.

However, things changed completely as Pakistan entered the back 10 with both Babar and the veteran Mohammad Hafeez (31 off 19 balls) cutting loose to clear the ropes at regular intervals during a brisk 53-run third-wicket partnership.

Babar was his usual classy self when he played the ball along the ground, but at the same time, he did not hesitate to go over the top, the result of which were three sixes.

After Babar’s dismissal, the show belonged to Malik.

In a massive chase, Scotland lost the wickets of skipper Kyle Coetzer and Matthew Cross with just 36 runs in the board.

Scotland were never in the game as they struggled to 42 for two at the end of the first 10 overs.

Richie Berrington was the lone Scotland batter to shine with a 54 ball off 37 balls.

One of the biggest positives for Pakistan bowling was the manner in which Shadab Khan (2/140 bowled, getting his googlies and leg-spinners right ahead of the big semifinal against the Aussies.