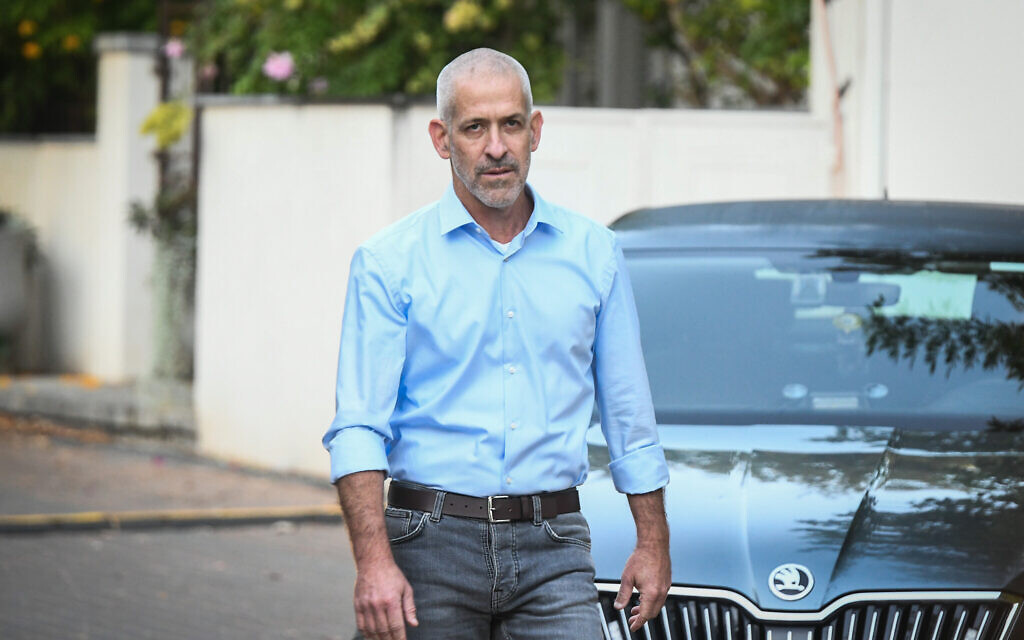 The reported trip would be Bar’s first known visit to the US since coming into office five months ago.

According to the Ynet news site, Bar warned of the possibility of a flare-up with the Palestinians during Ramadan in April.

The Muslim holy month and the Jewish holiday of Passover overlap this year, and both the Israel Defense Forces and Shin Bet fear tensions in Jerusalem could escalate as worshipers from both faiths flood the city, the report said.

Friction has been rising across the West Bank over the past few months. December and January saw repeated “lone wolf” attacks, with Palestinians seeking to stab or run over Israelis.

Last week saw a pair of stabbing attacks in Jerusalem’s Old City that left four policemen wounded. And two Jewish Israeli men in their 40s were stabbed separately in a store in a West Bank town near Jerusalem, under near-identical circumstances, the week before.

Palestinian men gather to apply for work permits in Israel, at Jabalia refugee camp in the northern Gaza Strip, on October 6, 2021. (Photo by Mahmud hams / AFP)

However, unnamed security officials quoted by Ynet said warnings such as those conveyed by Bar only serve to hype up tensions on the Palestinian side, and contradict intelligence reports regarding the real situation inside the West Bank and the Gaza Strip.

With the Gaza frontier remaining relatively calm, Israel last week announced it would issue another 2,000 work permits for Palestinians living in the Hamas-controlled enclave, raising the total number of Gazans working in the country to 12,000.

Israel’s military liaison to the Palestinians, widely known by its acronym COGAT, said the policy change is contingent on continued “security stability” between Israel and Gaza.