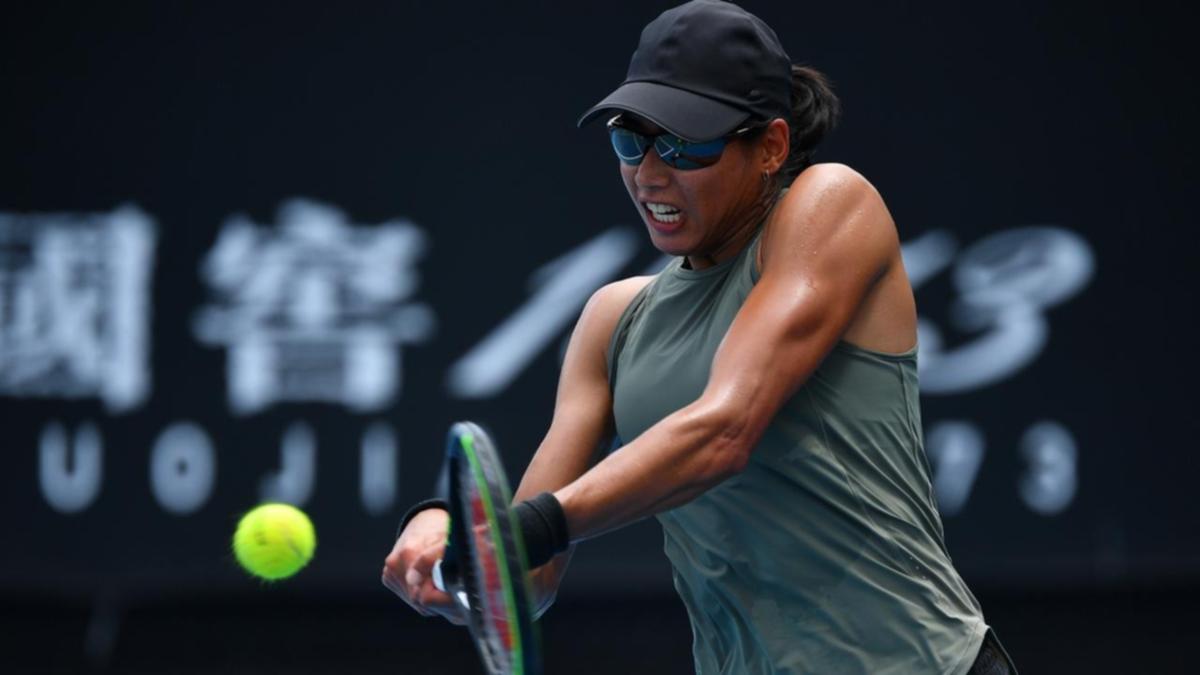 She’s been a WTA champion, one of the top 100 players in the world and has beaten one of the favourites for this year’s French Open in a clay-court final.

Yet when Astra Sharma takes the walk through the Roland Garros throng to court 8 to open the Australian women’s challenge against Russia’s Varvara Gracheva on Sunday, a part of her will still be asking ‘what the heck am I doing here?’

“I’ll never take this for granted because I never, ever expected to be on this stage,” this accomplished woman from Perth tells AAP, marvelling at how, as a late starter to the pro game, she’s achieved things she’d never have believed.

“Up to 18, I never trained more than twice a week intensely. I had soccer, I had school, other things,” mused the 26-year-old Singapore-born, Aussie-raised, US-based player.

She majored in medicine, health and society at Vanderbilt University in Nashville. Pro tennis wasn’t on the menu.

“People can say she has the game to do better, she’s under-performing – but I can look at it a bit more positive – like, wow, I’ve done way more than I ever thought.”

When she beat Ons Jabeur, the No.6 seed here, in last year’s Charleston clay-court final, this powerful, athletic figure – by her own admission, Sharma, in menacing shades, does look imposing on court – was being tipped for great things.

It hasn’t worked out quite since then despite reaching a career-high 91 in February, but Sharma, now down to 124, is someone who has a relentlessly upbeat perspective on her life and career.

“For me, it’s not so much about the results, it’s more about the journey, about what I’m learning,” she says.

“It’s a sport where everything is about performance. You win, you’re the best, everyone loves you; you lose, you just fade away in the background.

“So I try not to make it about that. That’s unsustainable. I want to enjoy what I’m doing.

“I’m having a really interesting lifestyle, going to all these countries, seeing the world, it’s a pretty special job,” adds the Nashville-based Western Australian, who’s played in Dubai, Doha, the US, Colombia, France and Morocco so far this year.

“I’m not perfect. Other players may not have the same weapons I do but their strength lies in different areas – maybe their resilience, consistency is something I need to get better at.

“But I’m very happy with where I am – I always want to get better of course, but I’ll always be grateful and very contented to have already surpassed my own expectations.

“I could be putting a ton of pressure on myself, saying, ‘oh man, it’s a slam, so I have to do well’, but I’ve been in that trap before.

“Because it is a very hard life, the losses can sometimes be very depressing and I don’t really like travelling and, actually, I prefer to stay at home.

“So in that sense I chose the wrong career,” she adds with a laugh.

“But I’ve had to change my mental approach around this.

“Because while it’s been tough not getting the results this year, it can’t be just about the money or points or rankings.

“In the end, it’s about taking pleasure from the grind – and I do love this job.”