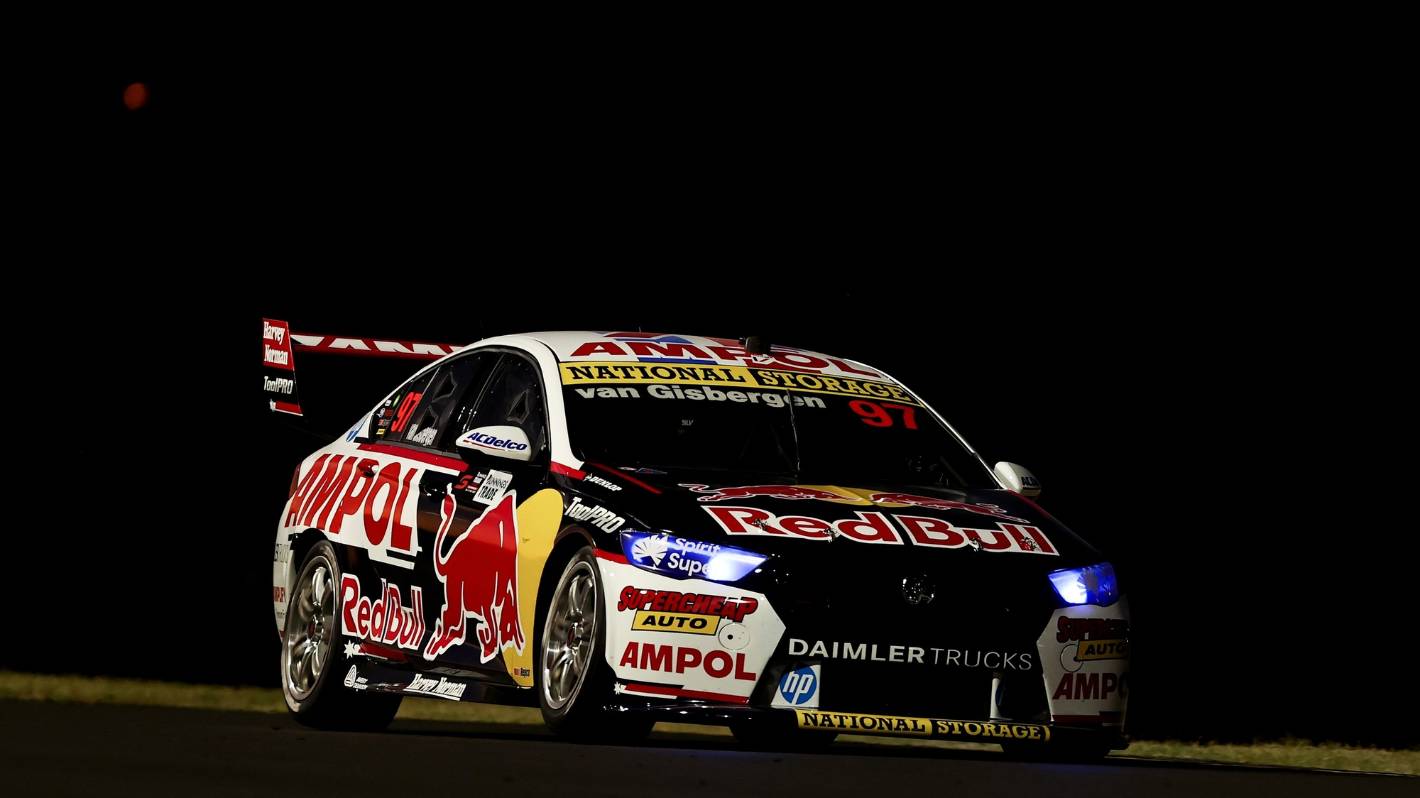 The dominant Triple Eight Race Engineering team celebrated their 250th round start with a 1-2 finish at the Sydney SuperNight event.

It was the 13th win of the year for van Gisbergen, who went into the weekend’s racing with a 338-point lead in the series and increased that by a further eight points. Will Davison was third, narrowly ahead of Nick Percat.

The Brisbane-based team has won eight drivers’ titles – including a record seven for Whincup – a record nine teams’ titles, 216 races and eight Bathurst 1000s. Only the Holden Dealer Team, with nine, has won more Bathurst 1000 titles.

Whincup has won all 123 races with Triple Eight, while Saturday night’s victory was the 42nd for van Gisbergen with the team.

There was some bad luck for young gun Will Brown, who earlier secured the first pole position of his budding Supercars career after pipping Red Bull’s superstar duo.

Brown made a fine start from pole position but a problem with a wheel nut on his right front wheel at the pit-stop ended his chances of victory.