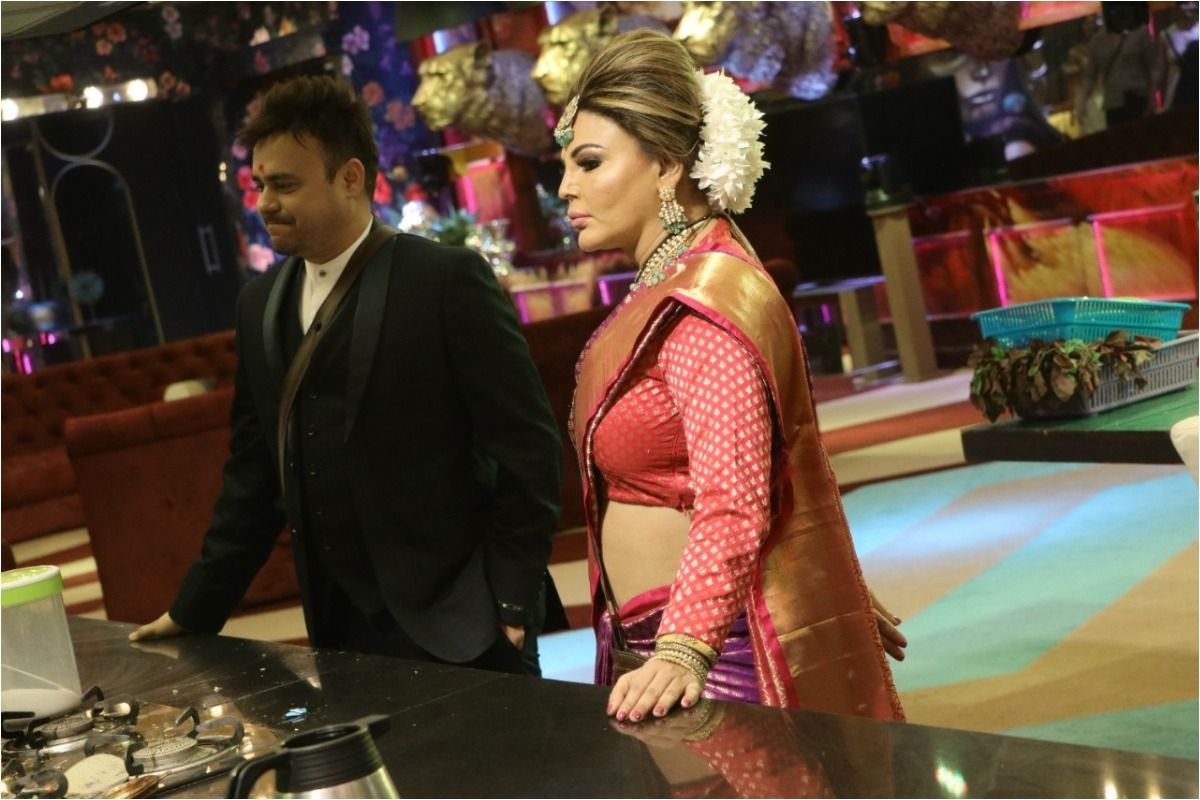 Mumbai: Bigg Boss 15 has never disappointed its viewers and this time too, the show has been entertaining fans with Rakhi Sawant’s entry along with husband Ritesh. In the latest episode, Rakhi was seen with Ritesh and she was happy around him. Her married life was quite discussed in the last season, so therefore she decided to bring Ritesh in public. Before entering the show, Rakhi spoke to ETimes and praised her husband. She spilled the beans about her husband and also how nervous and stressed she is as Ritesh will be facing the camera for the first time.Also Read – Bigg Boss 15 Weekend Ka Vaar: Angry Salman Khan Calls Karan Kundrra ‘Ishq Mein Nikamma’, Tejasswi Interrupts

Rakhi admitted that she is worried if Shamita Shetty, Tejasswi Prakash flirt with him. “My husband is so handsome, I don’t need to see other boys. I am scared and hope that Shamita Shetty, Tejasswi Prakash and Neha Bhasin don’t start flirting or wooing my husband. I just hope they don’t do this. I think I will have to carry some totka (a lucky charm), something so that my mere husband ko nazar na lage (So that my husband is away from an evil eye). I think mere jeena haram hone waala hai”, Rakhi told the portal. Also Read – Bigg Boss 15: Shamita Shetty Breaks Down After Devoleena Bhattacharjee Calls Her ‘Dogla’

Rakhi continued saying, “I want the contestants to target me and my husband, so that I can fight back. I don’t want to go inside and just sit idle in a corner doing nothing. If they feel we have come in as a couple and have an advantage, they are more than welcome to target us. This will bring out the real faces. We are a khatra for everyone.” Also Read – Bigg Boss 15: Suneil Shetty Joins Salman Khan With Son Ahan During Weekend Ka Vaar