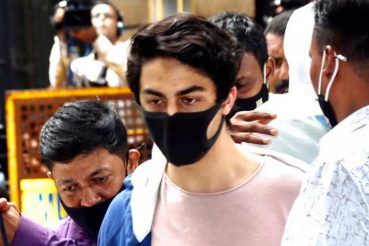 The Arthur Road jail officials opened the ‘bail box’ at around 5:30 am this morning. The officials took out the release papers of Aryan Khan, and Arbaaz Khan, for final checking. According to the jail official, the authorities will start the procedure to release Aryan Khan at 9 am. It will take anywhere between 15 minutes to one hour to complete procedure. Also Read – Shah Rukh Khan’s Son Aryan Khan ‘Happy With Bail Order’, SRK-Gauri Khan Leave For Arthur Road Jail

Arthur Road jail officials told India TV that they have released the court release order and procedure to let Aryan Khan out of jail is underway. The official shared, “Aryan Khan was informed about this. He is very happy. He is talking to other inmates.” Also Read – Juhi Chawla Signs Rs 1 Lakh Bond For Shah Rukh Khan’s Son Aryan Khan, Know What It Means

A jail source said that Aryan Khan is expected to be released from the Arthur Road jail at 10 pm. On Friday, SRK’s son spent an extra night in jail. The deadline to reach jail and complete formalities were 5:30 pm and since Aryan Khan’s lawyers failed to reach the court before the deadline. Now, the team of advocates will submit the documents on Saturday and Aryan Khan will be released from jail tomorrow. The court will reopen at 6 am and after completing the formalities, it will take more than one hour for Aryan Khan to walk out of the jail.

Bombay High Court Justice N.W. Sambre granted bail to Aryan and two others – Arbaaz Merchant and Munmun Dhamecha – on Thursday evening, but the bail order verdict was issued on Friday afternoon, after which their legal teams initiated the remaining formalities. Soon after the bail verdict was pronounced Thursday, SRK reportedly shed tears of joy, and later met his entire legal defence team which had been fighting for Aryan’s release for the past four weeks.