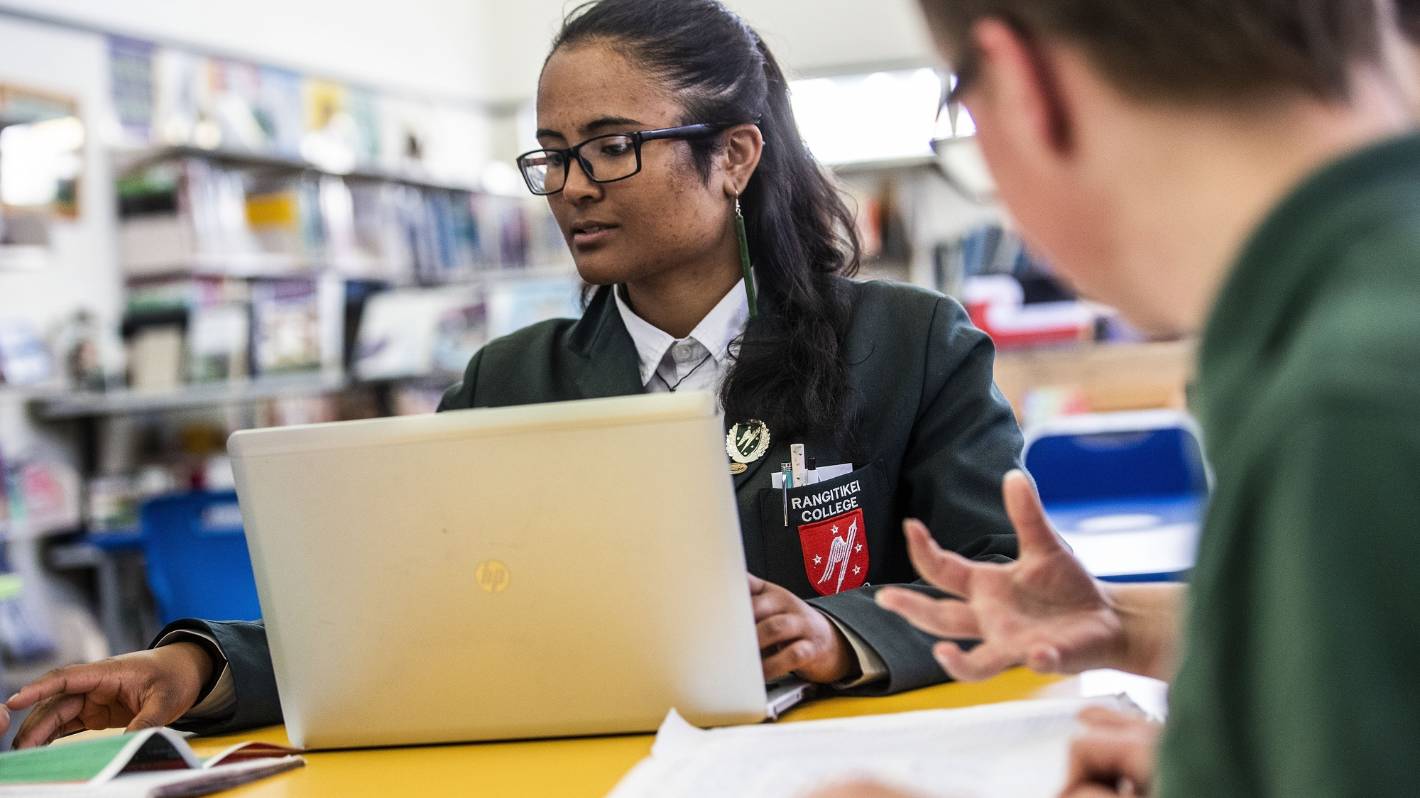 The school exam system is failing our teens, and it needs to go, writes Jehan Casinader.

OPINION: Recently, my parents moved house. In a box under my old bed, I discovered stacks of NCEA exam papers that I had meticulously filed away. An odd thing for a teenager to do? Of course. But those booklets seemed crucial to my education – and my future.

As I emptied the box, I was transported back to high school: walking into the school gym, heart pounding, clutching a transparent water bottle and a handful of Whitcoulls’ finest biros.

I resented the exam supervisors. They had come out of retirement for their cushy summer jobs: pacing between the desks, scanning for any signs of cheating, and crossing off the remaining times on the whiteboard at the front of the room. Unlike me, they seemed to be enjoying themselves.

For generations of sweaty students, this painful ordeal served a purpose. Exams marked the end of a year of hard work. They established a student’s academic credentials. Could they explain how Hitler became Chancellor? Did they know what would happen when copper was added to silver nitrate? Could they show how a price rise would affect supply and demand?

This week, thousands of teens will feel beads of sweat gathering on their foreheads as NCEA exams begin. But here’s the sad truth: they’re being forced to participate in a ritual that has become meaningless.

While Mark Zuckerberg floats around his Metaverse, teenagers are locked up for three hours and told to handwrite answers based on information they have tried to memorise. Isn’t it time we brought our education system into the 21st century?

Most adults were schooled in a very different era. “Information technology” was primitive. Personal devices didn’t exist. Knowledge was stored in expensive printed encyclopaedias that were only updated every few years.

The internet has democratised information. The world’s highest-quality data is now available at our fingertips, and it’s rapidly updated.

Today, most employers don’t expect staff to carry around vast amounts of accumulated knowledge. Instead, they value workers who can learn fast and think critically. They can find new information, synthesise it, digest it and work with other people to solve problems.

Exams have two main features. The first is time pressure. Yes, there are deadlines in the real world too. But in the workplace, no-one asks you to complete an important task with zero access to resources, the internet, or input from others.

Exam conditions do not produce the most insightful or creative work. Try telling an entrepreneur, innovator or artist to sit down with a blank piece of paper and come up with a great idea while a clock is ticking.

Secondly, exams rely on memory. Yes, it’s important for students to absorb and retain useful information. But a 16-year-old is not a barrister or a brain surgeon. There is little advantage to being able to memorise content from five different subject areas.

Educators will cry: “But NCEA exams are not just about regurgitation!” They’re right. Students are asked to “analyse”, “describe” or “discuss” the material they have studied. However, these tasks rely heavily on information they have memorised.

If you’re not testing their memory, why don’t you give them access to their notes and devices? If you’re worried they’ll cheat, doesn’t that suggest the exam method is no longer fit for purpose?

It’s easy to game the system. I learned how to cram material in the 24 hours before each exam. I got plenty of “excellences” and two NCEA scholarships. But the moment I left the room, I opened a little door at the back of my head, and all of that information fell out.

Exams favour students who are skilled at written communication. They are not designed for the many thousands who are neurodiverse, including those who struggle with attention or focus.

Around the world, Covid has made a mockery of the exam system. Without being able to enforce rigid “exam conditions”, thousands of exams have been cancelled. It’s a clear sign that the old system is no longer viable – or necessary.

Kiwi employers are not trying to hire great essay writers. They want to hire young adults who can think for themselves. “Divergent thinking” – which can be messy, spontaneous and unpredictable – is hard to assess, especially in a standardised exam.

The world of work is changing. Just look at the Agile trend, which has become popular in the tech sector. It’s a style of work that is focused on short-term tasks (“sprints”), collaboration, and rapid feedback.

Young people have little freedom to develop these modern skills, because they are constantly being poked and prodded. By the time they reach end-of-year exams, they have already completed many internal assessments for each subject.

They spend the whole year jumping from assessment to assessment – doing what is needed to get the grades, without having time to explore their own areas of interest.

The result? An “achievement” model that is driven by FOFO – fear of flunking out. Fear may motivate teens to study, but it’s a poor strategy for creating a lifelong love of learning.

I have interviewed hundreds of successful people, and many of them did not perform well in exams. The stubborn ones found alternative routes into the professions they now enjoy.

But there are real barriers for students who do not perform in the exam room. Some may be blocked from tertiary study. Others may carry the stigma of failure, and believe that they’re stupid. This can be fatal to a young person’s self-belief.

Let’s stop pretending that exams tell us how smart or capable a student is. Instead, we should rely on more dynamic forms of internal assessment – project-based work that rewards leadership, empathy and original thought.

Getting rid of exams is not an attempt to go soft on a lazy generation. Rather, it’s about preparing young people for a future that we can’t even imagine yet. By 2049, it’s estimated that artificial intelligence will be a billion times smarter than humans. Unless we adapt now, today’s students will be left behind.

Looking back at my old exams papers, I don’t remember who attended the Munich Conference, and I couldn’t name 10 elements on the periodic table. But in the 14 years since I left high school, I’ve been driven by my curiosity – a trait that my best teachers encouraged.

We need to rethink what we reward in education. Rather than rewarding grades, we should reward curiosity, collaboration and creativity.

The most brilliant thinkers don’t necessarily have the “right” answers. But they ask the right questions.