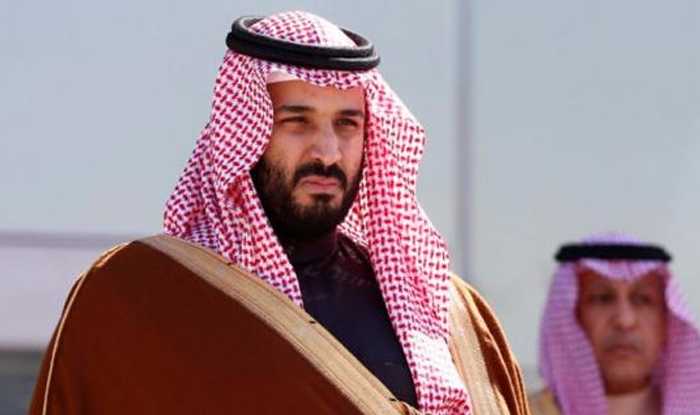 Riyadh: With increased concerns over the nearly 86-year-old King Salman‘s health, Crown Prince Mohammed bin Salman, 36, is taking charge of presidential meetings and reception of dignitaries, with the king rarely making public appearances and becoming Saudi Arabia’s uncrowned king. While Prince Mohammed has been considered the de facto leader since his appointment as heir to the throne in June 2017, his growing prominence has never been more apparent than when he met with French President Emmanuel Macron in early December, and led the Gulf Cooperation Council summit on Tuesday.Also Read – Saudi Crown Prince Calls up Pakistan PM Imran Khan Over Kashmir

King Salman, who usually heads the annual meeting after warm embraces and friendly handshakes, was a no-show. “The idea that a crown prince is the de facto ruler of the country, meeting with foreign presidents and presiding over summits, only happened before when Saudi kings were not in good health,” Yasmine Farouk, of the Carnegie Endowment for International Peace, told AFP. Also Read – Donald Trump Says he Will Ask Saudi King About Journalist Khashoggi

“What’s new is that there is now national and media acceptance of a parallel, even more important, role for the crown prince even when King Salman fulfils all his duties.” Also Read – Saudi King Salman’s Golden Escalator Breaks Down During Moscow Visit, Twitter Is Filled With Hilarious Reactions

Since the outbreak of Covid-19, King Salman has been residing in Neom, a futuristic development on the Red Sea.

His last meeting with a foreign official in Riyadh was in March 2020, when he sat down with then-UK foreign minister Dominic Raab, and his last trip abroad was to Oman to offer his condolences over the death of Sultan Qaboos in January 2020.

Prince Mohammed has sought to position himself as a champion of moderate Islam, even as his international reputation took a hit from the 2018 murder and dismemberment of Saudi journalist Jamal Khashoggi in the kingdom’s Istanbul consulate.

The crown prince, also known as MBS, has opened Saudi Arabia to tourists and foreign investments in an effort to diversify the economy of the world’s largest oil exporter economy away from crude.

He has overseen sweeping social changes, including allowing women to drive and work in the public sector, enabling citizens to enjoy the additional income and recreational outlets that opened up across the country.

These changes have come alongside a crackdown on dissent and free speech.

He even seemed more open than his father towards Israel, allowing its commercial aircraft to pass through Saudi air space.

His path to the throne is clear

Prince Mohammed embarked on a Gulf tour ahead of the summit, meeting with heads of Gulf Cooperation Council member states.

“Any current arrangement with the royal court happens only through the crown prince’s office,” a western diplomat, who spoke on condition of anonymity, told AFP.

His path to the throne is clear and has been for some time, with no foreseeable obstacles after he drove out one rival after another.

Despite some concern that the international community would not want to deal with Prince Mohammed, especially after the Khashoggi murder, a Riyadh-based diplomat said that such fears “dissipated after Macron’s visit to Saudi Arabia”.

While US President Joe Biden vowed a tougher approach than his predecessor Donald Trump, and has yet to directly communicate with Prince Mohammed, the administration has made it clear that it is inevitable.