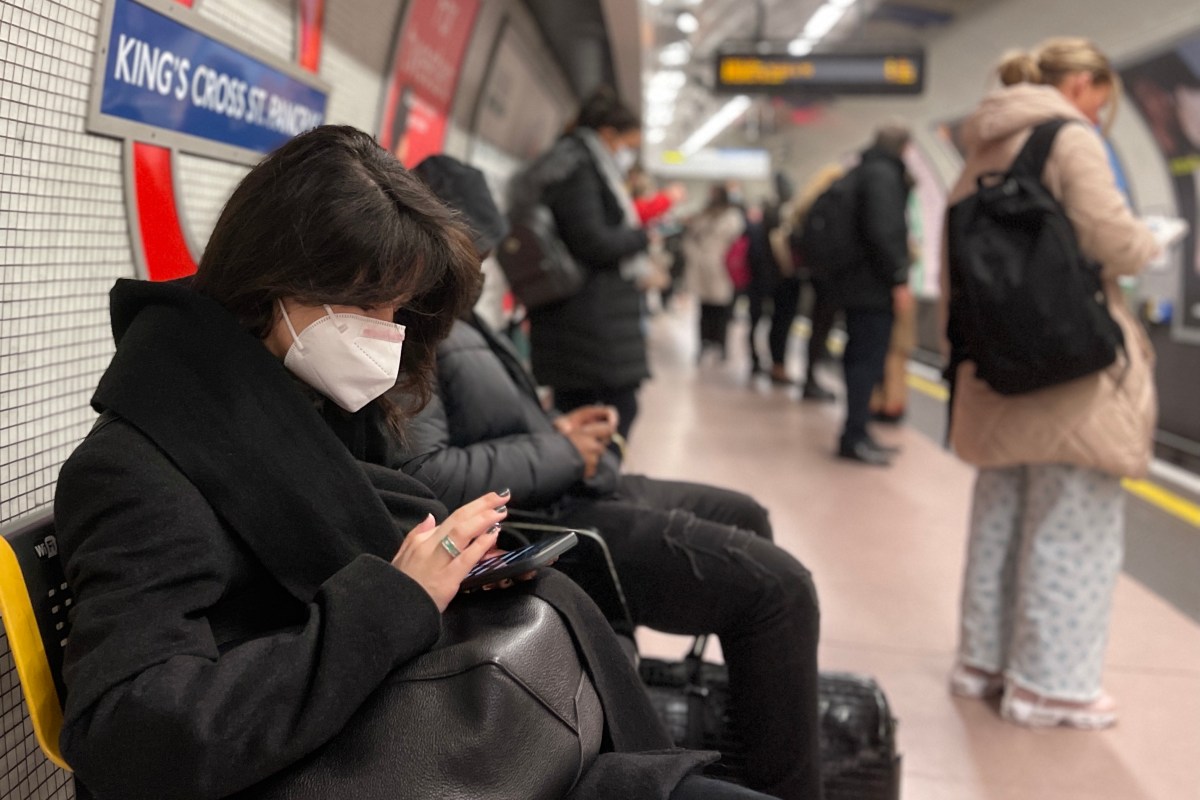 SADIQ Khan today ditched London’s emergency Covid status in another sign the UK is emerging from the Omicron wave.

The capital’s mayor said the “major incident” declared last month is being withdrawn because of falling case numbers.

But in a direct challenge to Boris Johnson he also urged millions of residents to carry on wearing masks.

Transport for London, which runs the London Underground and bus services, is going to keep mask rules in place.

That means covering up will remain a condition of carriage, and people could be removed from trains or stations if they don’t comply.

But the wearing of masks will no longer be legally enforceable with fines once the Plan B legislation expires next Wednesday night.

Currently anyone flouting the rules can be hit with a £200 penalty notice for a first offence, doubling with every subsequent breach up to £6,400.

His plea comes despite the PM announcing earlier this week that Plan B restrictions are being binned.

The PM all-but declared victory over Omircon amid tumbling case numbers and evidence the mutation is milder than previous variants.

Face coverings will no longer be a legal requirement on public transport or in shops, from next Thursday.

And today Boris ordered overcautious teachers to scrap masks in classrooms for the sake of the kids.

London was at the epicentre of the Omicron wave early on, with case numbers exploding rapidly in the run up to Christmas.

The sharp rise led Mr Khan to declare a “major incident” on December 18.

But new infections have since dropped dramatically and the high levels of hospitalisations and deaths feared didn’t materialise.

Mr Khan said that Londoners should continue to be cautious despite the removal of the emergency measures.

🔵 Follow our Covid live blog for all the latest updates

He said: “Everyone who wore a mask, took a lateral flow test or followed the advice to work from home where possible has played their part.

“But the virus and the Omicron variant is still with us and daily infection rates are still too high.

“That’s why we must all remain vigilant and continue to do the things that have allowed our city to reopen safely.

“Wearing a face covering remains one of the single most important and easiest things we can all do to prevent the spread of Covid-19.

“That’s why I’m renewing my calls for the Government to rethink their plans and keep legislation in place to make them mandatory on public transport.

“They still have a huge role to play in keeping our city open and our friends, family and communities protected.”

“Covid-19 continues to pose a significant threat and our hospitals remain under pressure.

“That’s why it’s crucial that Londoners test regularly and report their results, come forward for vaccinations, and continue to wear a face covering when travelling on TfL services, where it remains a condition of carriage.”

There are still 3,059 patients in London hospitals who have tested positive for Covid 19, of which 191 are on ventilators.

Mr Khan also declared a major incident in January last year due to the spread of Omicron, which was also dropped a month later.