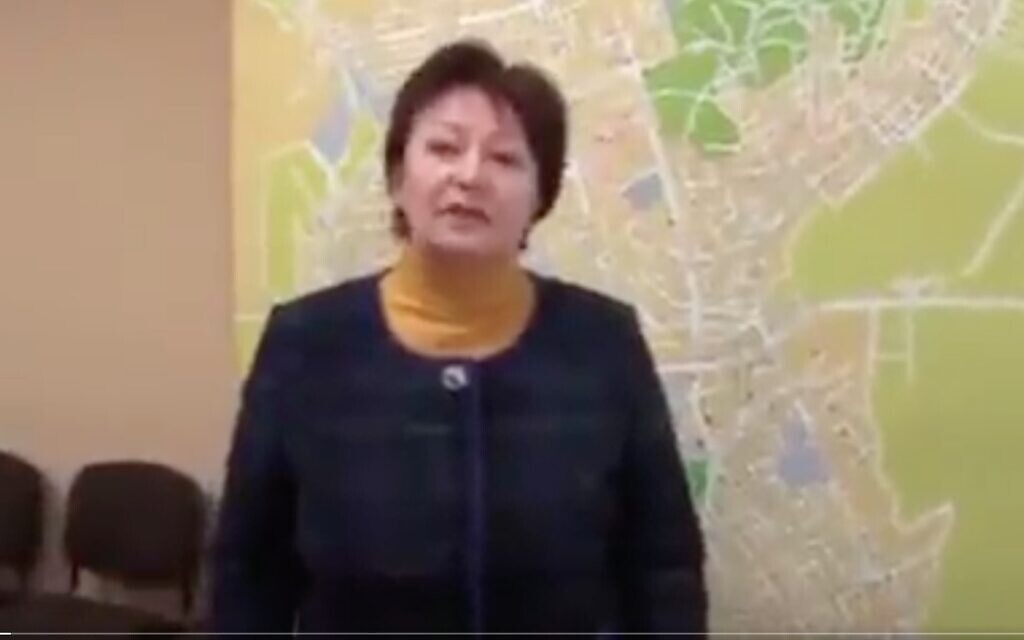 Russia has installed a “new mayor” in the Ukrainian city of Melitopol, after its elected mayor was kidnapped by Russian troops.

The city, now under Russian control, is strategically located between Mariupol and Kherson. The Russians took it over quickly during the invasion, but there have been protests since.

The city’s mayor, Ivan Fedorov, was taken away by armed men from a government building on Friday. Russian officials later claimed he had committed terror offenses.

The area’s regional administration said a former member of the city council, Galina Danilchenko, is now the mayor. She was previously a member of the opposition on the council.

In a video statement Danilchenko said her main job now is to “take all necessary steps to get the city back to normal.”

“We appeal to all world leaders who speak to Moscow – France, Germany, Israel, and others,” he said. ” Our demand is clear: he must be released immediately.”

In a tweet about his Saturday call with Bennett, Zelensky said: “We talked about Russian aggression and the prospects for peace talks. We must stop repressions against civilians: asked to assist in the release of captive mayor of Melitopol and local public figures.”

According to the Ukrainian president and parliament, Fedorov was abducted by Russian soldiers occupying Melitopol because he “refused to cooperate with the enemy.”

The Ukrainian parliament said in a statement the mayor was arrested while at the city’s crisis center tackling supply issues.

In this today’s video from the occupied #Melitopol city in #Zaporizhzhya province you can see how in the middle of the day the #Russian soliders kidnap Ivan Fedorov, a mayor of the city. Video shared by the Ukraine presidential office (Kyrylo Tymoshenko). [Thread⬇️] pic.twitter.com/ei5cykbSYP

Zelensky said 2,000 Ukrainians demonstrated in Melitopol on Saturday against the Russian invasion and to demand the release of their mayor.

“Do you hear, Moscow? If 2,000 people demonstrate in Melitopol against the occupation, how many are there in Moscow against the war?” he said in his video.

Before the Russian invasion began on February 24, Melitopol had a population of just over 150,000.

Zelensky said earlier on Saturday that Russia was trying to set up “pseudo-republics” in areas it has occupied since its February 24 invasion and said collaborators “would not be forgiven.”