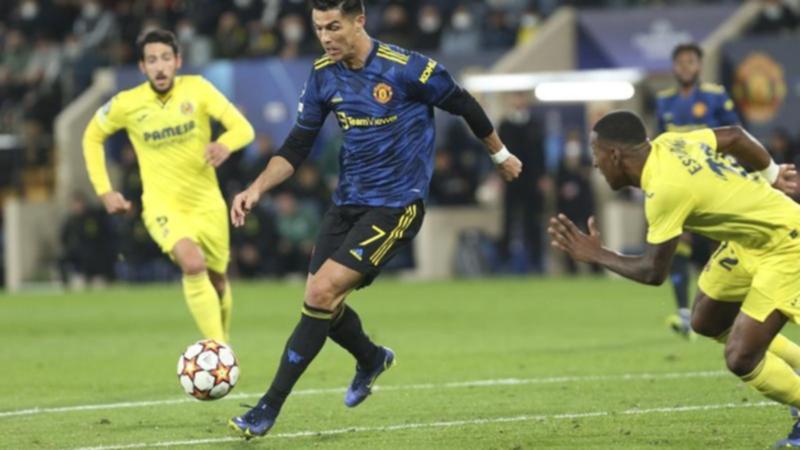 As a player Michael Carrick had a calming presence, bringing order to midfield chaos.

It seems he may have the same gift as manager after overseeing a debut victory as Manchester United caretaker aided by former team-mate Cristiano Ronaldo.

The veteran scored the crucial first goal as United won 2-0 away to Villarreal, riding out a first half storm to gain the victory that has taken them into the knock-out stages with a match to spare.

Jadon Sancho, having one of his best matches since joining from Borussia Dortmund, scored an excellent second in the closing minutes.

United started slowly, and needed several key saves by David De Gea to remain on level terms, but as their belief grew they got on top and deserved victory.

Carrick had recalled Donny Van De Beek for only his third start of the season and left Bruno Fernandes on the bench as he made a quartet of changes from the team beaten 4-1 at Watford in Ole Gunnar Solskjaer’s last match.

The re-jig appeared to make little difference early on as United struggled to get a foothold in the game.

Though Scott McTominay headed an early chance into the side-netting De Gea was the busier keeper.

The Spaniard had to deny Moi Gomez and Manu Trigueros while Yeremi Pino went close.

De Gea had to make another sharp save from Trigueros in the second period but United gradually emerged from their defensive shell and looked to win the game.

Sancho almost broke the deadlock. Then Ronaldo did.

Fred won possession and fed the Portuguese who produced another outstanding goal.

He has now scored in each of United’s five European matches this season.

in the 90th minute Fred again won the ball and it was recycled via Ronaldo, Marcus Rashford and fellow substitute Fernandes before Sancho finished off the move, and Villarreal.

United next go to Chelsea, the Premier League leaders, which is a daunting prospect, but at least they go in good heart.