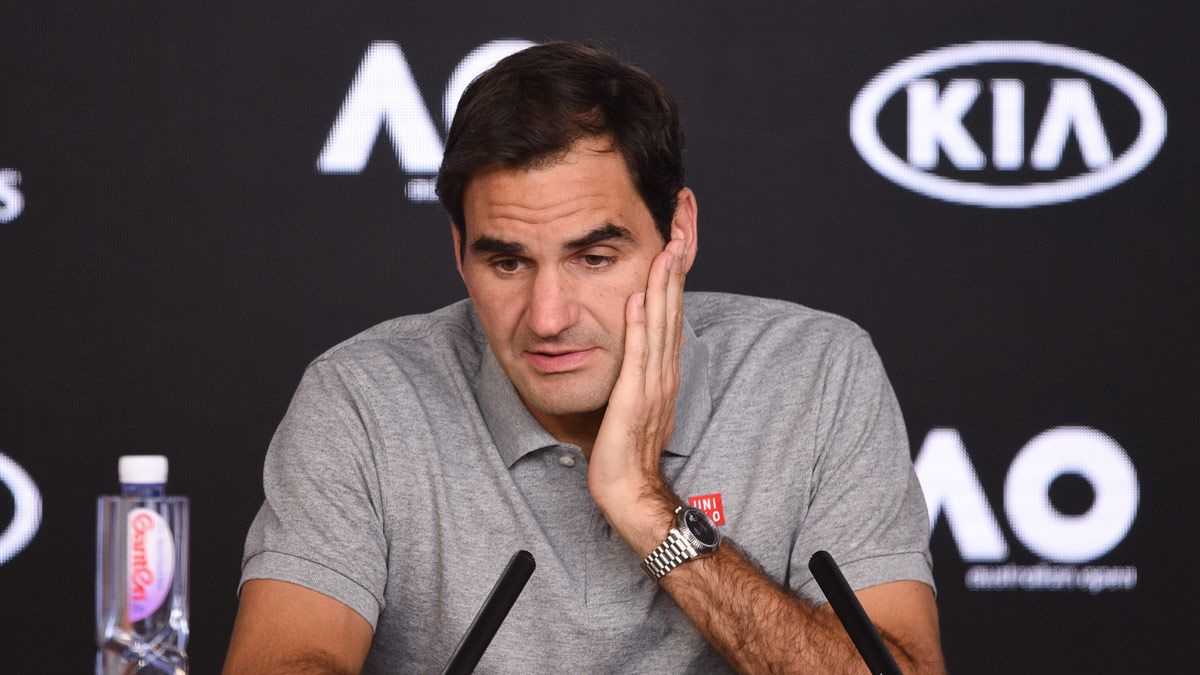 Delhi: Swiss maestro Roger Federer opts out of Australian Open 2022 and is unlikely to return to the Tennis circuit until mid-2022 as he recovers from multiple knee surgeries. Federer also spoke about his future plans, motivation, and his participation in his favourite Slam – Wimbledon – in an interview published by Swiss media on Wednesday. The 20-time Grand Slam champion, who turned 40 this August, is working his way back from a persistent right knee injury. He has been inactive since losing in the Wimbledon quarterfinals in July and has undergone a third round of knee surgery.Also Read – Novak Djokovic is The Greatest of All Time – Pete Sampras Reignites GOAT Debate in Tennis, Rates World No.1 Serb Ahead of Roger Federer, Rafael Nadal

“Australia is not an option at all. But that’s no surprise for me. Even before the operation, we knew that a break of many months would be necessary afterwards,” Federer said. Also Read – Andrey Rublev Storms Back Into Form, Overcomes Stefanos Tsitsipas in Nitto ATP Finals

“I will be able to resume running quietly in January and resume sessions on the court with complex support in March or April. I therefore estimate my return to competition will be in the summer of 2022.” Also Read – ATP Finals 2021: Novak Djokovic Makes Winning Start in Record 6th Title Bid, Beats Casper Ruud in Straight Sets

Federer had gone under the knife twice in 2020, after which he made a comeback at this year’s Qatar Open.

The nine-time Wimbledon champ stressed that the duration of his recovery process is largely on the expected lines. “I had this operation done so that I could ski with my children or play football or tennis in the future. My primary motivation was to get back in shape for my normal life. But I wanted to approach this rehabilitation with the mentality and body of a top athlete,” Federer added.

“Before the operation, it was known that it’s nature would require long months of break. So there’s nothing new. I wanted to wait for the first big check-up of the doctors to talk about it: it is very encouraging. I have therefore started a long rehabilitation process in which I put my whole heart.”

Official. Roger Federer confirms, that he will not be playing the Australian Open. He casts doubt over his Wimbledon participation in 2022. He told @Lematinch: «I would be incredibly surprised, if I would be playing again already in Wimbledon.» #Federer pic.twitter.com/UPZOojVOSx

During the interview, Federer also spoke about his desire to end his career on his terms. However, keeping in mind the shortcoming – the Swiss re-iterated the fact it would not be the end of the world if he never plays a Grand Slam final again.

“As far as my sporting ambitions are concerned: I want to see once again what I can achieve as a tennis pro. I’m fighting for it and I’m very motivated. I feel the support of my team and my family. We all wish that I can say goodbye on my own terms and on a court.

“My world will not collapse if I never play in another Grand Slam final. But it is my ultimate dream to return once again. And in fact, I still believe in it. I believe in these kinds of miracles. I have already experienced them.”

Federer is tied with Rafael Nadal and Novak Djokovic in the race to be the most successful men’s singles Grand Slam champion of all time.

His coach Ivan Ljubicic had said earlier this week that Federer was unlikely to play at Melbourne Park in January as he was not going to be at 100 percent.