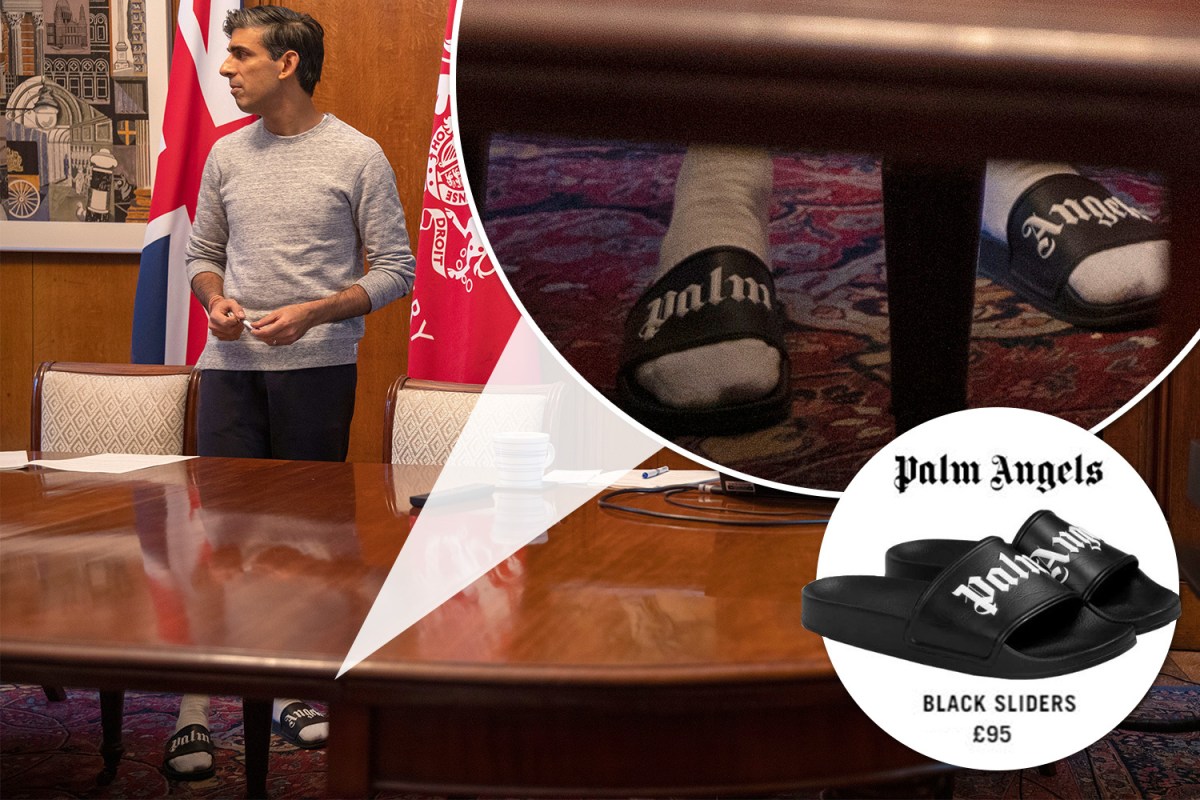 RISHI Sunak prepares for Budget Day wearing a pair of £95 sliders — and socks.

It is not the first time the Chancellor’s lavish tastes have been revealed ahead of the annual spending review.

On his table last year was a £180 electric smart mug to keep his tea warm.