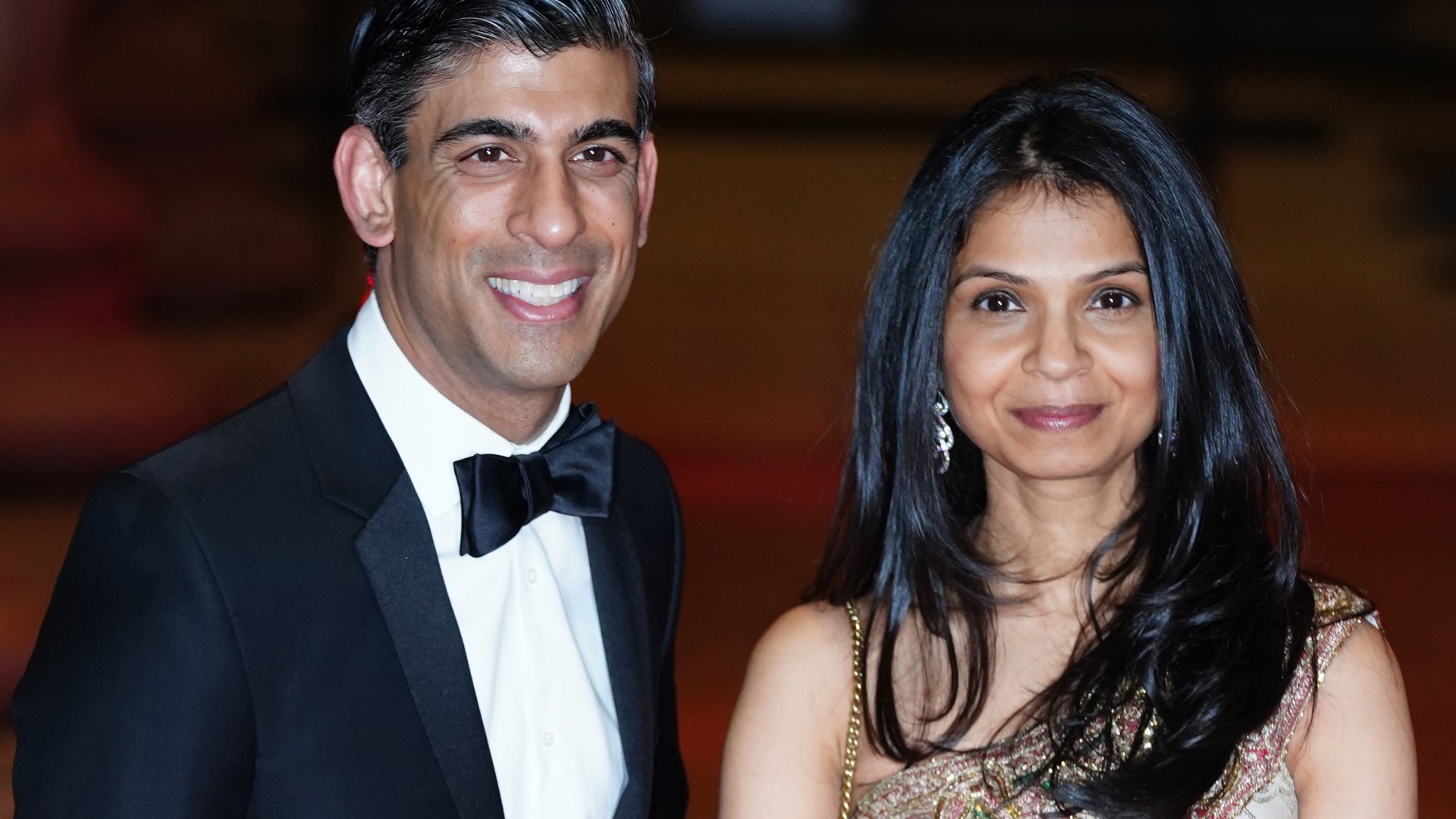 RISHI Sunak and his wife have charged onto the Sunday Times Rich List for the first time with their eyewatering £730million fortune.

The megabucks Chancellor and billionaire heiress Akshata Murty pulled in at 222 on the annual rankings of the country’s wealthiest.

But the awkward accolade will put their finances back in the public glare after a bruising row over their tax affairs.

Ms Murty was last month publicly revealed as a non-dom, which allowed her to save millions in tax on overseas earnings.

She has a £650million stake in Infosys, the firm founded by her father who is India’s sixth richest man.

Although legal she later apologised for offending the “British sense of fairness” and committed to paying the tax in future.

Mr Sunak, who had a high-flying banking career before becoming an MP, also has deep pockets of his own.

Meanwhile, Sri and Gopi Hinduja, who run the Mumbai-based conglomerate Hinduja Group, jumped to the top of the list after their wealth grew by more than £11 billion to £28.47 billion.

Meanwhile, entrepreneur Sir James Dyson and his family moved up to second in the list after a £6.7 billion increase to £23 billion.

One notable absentee from the top of the list is Roman Abramovich.

The former Chelsea owner slid from eighth to 28th in rankings after his finances plummeted from £12.2 billion last year to £6 billion this year following sanctions, the enforced sale of Chelsea and the sharp fall in his Evraz shares.

The latest ranking of the 250 richest people in Britain also revealed a record 177 billionaires in the UK this year, up from 2021.

It comes as typical UK households come under increased financial pressure from rampant inflation, which struck a 40-year-high of 9% in April.