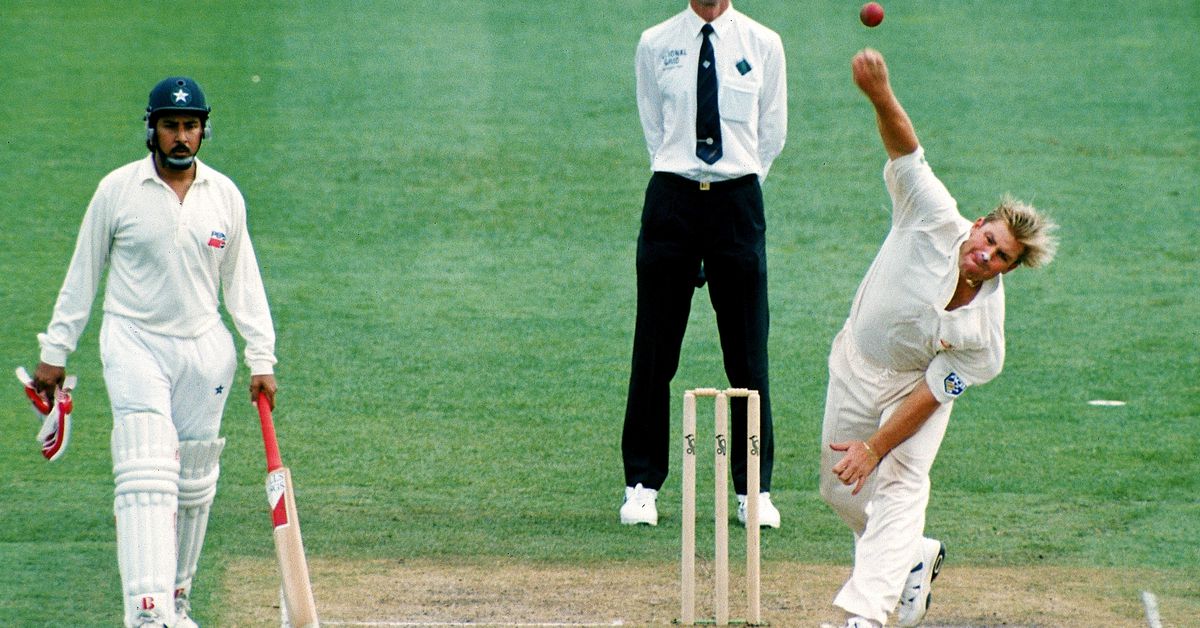 It began with a simple DM from a friend “I’m sorry about Shane Warne,” and my heart sank. Immediately I knew what this meant, but didn’t want to believe it. A quick search confirmed the worst, Warne, one of the most influential Australian cricketers of all-time and a formative part of my sporting childhood, had died at age 52 of a suspected heart attack.

In that moment of confirmation, I didn’t think of the incredible wickets Warne captured or the highlights I’ve watched thousands of times over the decades. Instead it was a memory of my friend Louis and I, wheeling a trash can to the middle of the lane behind his house when we were 8 years old, bowling for hours on end with a tennis ball. We tried to generate as much spin as possible, just like our hero. When we hit the can we’d both cheer, if either of us got tremendous movement we’d compare notes, honing our craft to be more like Warney.

Shane Warne wasn’t just a cricket legend, he made cricket cool. It was a sport I’d watch religiously with my grandmother on long, lazy summer afternoons — but it wasn’t something I’d classify as “cool” just yet. It was your parents’ sport, your grandparents’ sport. Kids at the time in Australia were falling in love with basketball, putting posters of Michael Jordan or Shaquille O’Neal on their walls. We wouldn’t get excited about a five day test match, instead we watched dunk contests and basketball highlight tapes showing athletic creativity. It was impossible for cricket’s stoic, reserved public image to match that.

Enter Shane Warne. A shock of spiky blonde hair, undone buttons on his cricket uniform revealing a gold chain, a popped collar. Warne was a rockstar in a world of crooners. I imagine the reaction to Warne was similar to that of Elvis, critics viewing him as an uncouth iconoclast challenging cricket’s “gentlemanly” image. Every kid in Australia fell in love. It wasn’t just how Warne carried himself, but what he did with a cricket ball in his hands. The art of spin bowling became the most badass thing in cricket overnight, and everyone wanted to be just like Warney.

Spinning a cricket ball is art, and it’s a medium we all wanted to master. Using either the wrist, fingers, or a combination of both, the idea is to generate ludicrous spin on the ball when it leaves your hand. Warne would routinely hit 3,000 rpm or higher, causing it to move when it strikes the ground. He combined this with a wide array of different techniques, turning his art into absolute wizardry. The leg break, causing it to veer back in towards the batsman, the googly, which causes the ball to spin away from the batter, the flipper, a backspinning physics mystery that causes the ball to hang low — every attempt was like witnessing a magician pull a rabbit out of his hat.

It culminated with the “Ball of the Century,” which is No. 1 in the above video, and took place in England in 1993. It’s regarded as one of the greatest balls ever delivered by a cricket bowler. It’s one moment containing many strokes of brilliance. Warne modified his gait to approach slower than normal, making England batsman Mike Gatting think he was facing a slower ball. Warne then increased his arm speed to deliver it quicker. He floated the ball through the air to Warne’s right, causing Gatting to commit to play where he thought the ball was going to land — then, when it hit the pitch it traveled 18” across the batsman, striking the wickets and giving Warne his first wicket against England.

We all wanted to be like Shane Warne, and it was so pronounced there were news stories about it. Genuine concern emerged about kids trying to be like Warney, with pediatricians warning that children could develop repetitive stress injuries or even problems with muscle development in their wrists and hands, all by trying to spin a heavy cricket ball. My over-protective mother would ask me as I left the house, bat and ball in tow, not to “do too many spin bowls.” I’d promise I wouldn’t, and it was a lie — I’d attempt 500 that day. I’m fine, for the record.

The story of Shane Warne extends beyond my early childhood, and admittedly it’s not all pretty. In 1998 he was fined for his part in giving pitch and weather conditions to a bookmaker. In 2003 he was suspended for use of a performance enhancing drug. Like all athletes he was not perfect, and had his fair share of controversies, but that didn’t stop him being one of my sporting idols.

It’s impossible to image what the landscape of Australian cricket would be today without the influence of Warne. It’s my belief that he legitimately saved the sport from fading into obscurity. There was a dire need in the early 90s to find someone who could make it cool to play this starched, old-folks game — and Warne was that catalyst. The tapestry of my sporting childhood will be forever woven with the threads of Warney’s brilliance, and I’ll never forget that.