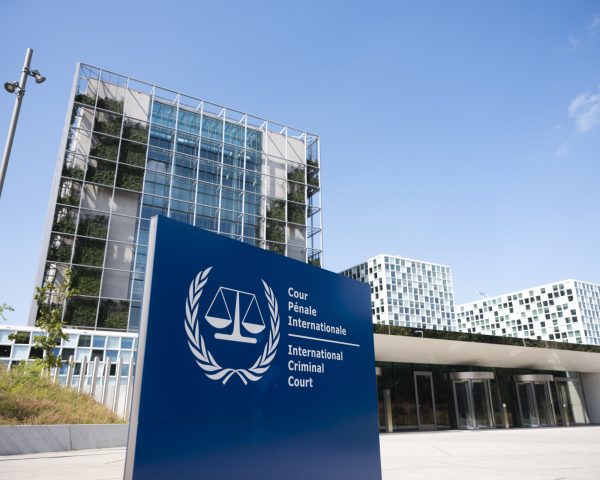 The International Criminal Court (ICC) should open an investigation into Myanmar’s military rulers for their brutal crackdown this year, a leading human rights group said on Friday. The Myanmar Accountability Project (MAP) said in a statement that it had  submitted evidence to The Hague-based tribunal, accusing coup leader Senior Gen. Min Aung Hlaing, of crimes against humanity.

In its submission, under Article 15 of the Rome Statute, MAP urged the ICC to open a criminal investigation into the “widespread and systematic use of torture” by the military in the course of its violent crackdown against the protest movement that quickly emerged following the February 1 coup.

“The leader of the illegal coup is criminally responsible for the security forces under his command committing mass atrocity crimes,” the MAP’s Director, Chris Gunness, said in the statement. “The prospects of a conviction are good and we believe that grounds for issuing an arrest warrant against Min Aung Hlaing are overwhelming.”

While the MAP has not released the documents that it filed at the ICC, Gunness told the Associated Press that they contain testimony from a defector “that shows responsibility for the torture goes all the way up to Min Aung Hlaing himself.”

Since the coup, the Myanmar military, or Tatmadaw, has used severe force to put down the resistance that burst forth after its seizure of power: an interconnected campaign of civil disobedience efforts, work stoppages, street protests, and – increasingly – armed struggle against the junta. In July, a United Nations Rapporteur described the crackdown as “a brute force terror campaign,” marked by killings, arbitrary arrests, and the use of family members of leading opposition politicians and activists as hostages.

According to the Assistance Association for Political Prisoners, at least 1,329 people have been killed and countless more wounded by the security forces in the course of its crackdowns, while nearly 11,000 are known to have been detained. Thousands more across Myanmar have also been displaced due to clashes between the military and ethnic armed groups. Many of those who have fallen into the clutches of the military have experienced horrific treatment, and numerous deaths in custody have been documented.

Even before the coup, human rights workers had already gathered voluminous evidence against the military, particularly relating to the Tatmadaw’s brutal “clearance operation” against the Muslim Rohingya of Rakhine State in late 2017, which is already the subject of a case at the International Court of Justice and a preliminary probe at the ICC.

These efforts have continued since the coup. The main evidence-gathering effort is being led by the Independent Investigative Mechanism for Myanmar (IIMM), a body established by the U.N. Human Rights Council in 2018 with a mandate to “collect evidence of the most serious international crimes and violations of international law and prepare files for criminal prosecution.”

In November, IIMM Head Nicholas Koumjian reported to the Human Rights Council that preliminary evidence collected since the coup pointed to a widespread and systematic attack on civilians “amounting to crimes against humanity.” He argued that “evidence shows security forces acting in a coordinated manner across different regions, systematically targeting specific categories of persons, such as journalists and medical professionals.” The IIMM claims to have collected over 219,000 items of information since the coup, which it is readying for use in future prosecutions.

The heroic efforts of groups like MAP and IIMM, to say nothing of the teams of volunteer investigators who have used open-source tools and digital forensics to gather evidence against the Tatmadaw and its top brass, ensure that if Min Aung Hlaing ever finds himself in the dock, there will be ample evidence to convict him on any number of charges.

The challenge, as ever, is getting to this point. For the leader of an institution that is known for its insularity and xenophobia, international arrest warrants are unlikely to deter Min Aung Hlaing from his chosen path – as recent atrocities have tragically suggested. For now, the question of whether justice prevails in Myanmar resides in the hands of the the country’s anti-coup resistance.