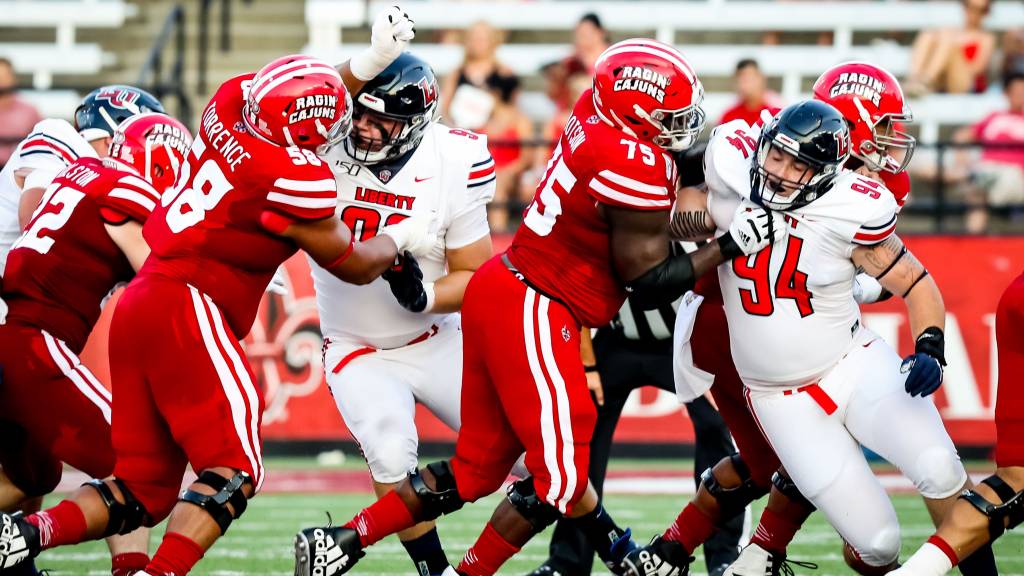 Coach Billy Napier has now brought four transfers with him from Louisiana, as the Gators landed the services of one of the top transfers in the country on Monday with the commitment of O’Cyrus Torrence. The rising senior right guard, who was a three-year starter for the Ragin’ Cajuns and is the No. 19 transfer prospect, joins running back Montrell Johnson and offensive tackle Kamryn Waits as the players that have followed Napier to Florida.

Torrence, a Greensburg, Louisiana, native who is rated as a four-star transfer prospect, entered the portal on Jan. 2. He announced his commitment to the Gators on Monday morning via his Twitter account.

Torrence was on campus a couple of days ago as part of a star-studded recruiting weekend for Napier and Florida. Torrence had offers from a number of top schools, and he took visits to LSU and Auburn. After his visit to UF this weekend, he cut his list of finalists down to the Gators and LSU.

In addition to his relationship with Napier, his familiarity with both offensive line coaches likely impacted his decision to come to Gainesville. Both Rob Sale and Darnell Stapleton coached Torrence in Lafayette.

He started 38 games at right guard at Louisiana, becoming a First Team All-Sun Belt selection in 2021 after earning second-team honors last season. He will likely replace outgoing starter Stewart Reese, who held down the right guard spot for the last two seasons.