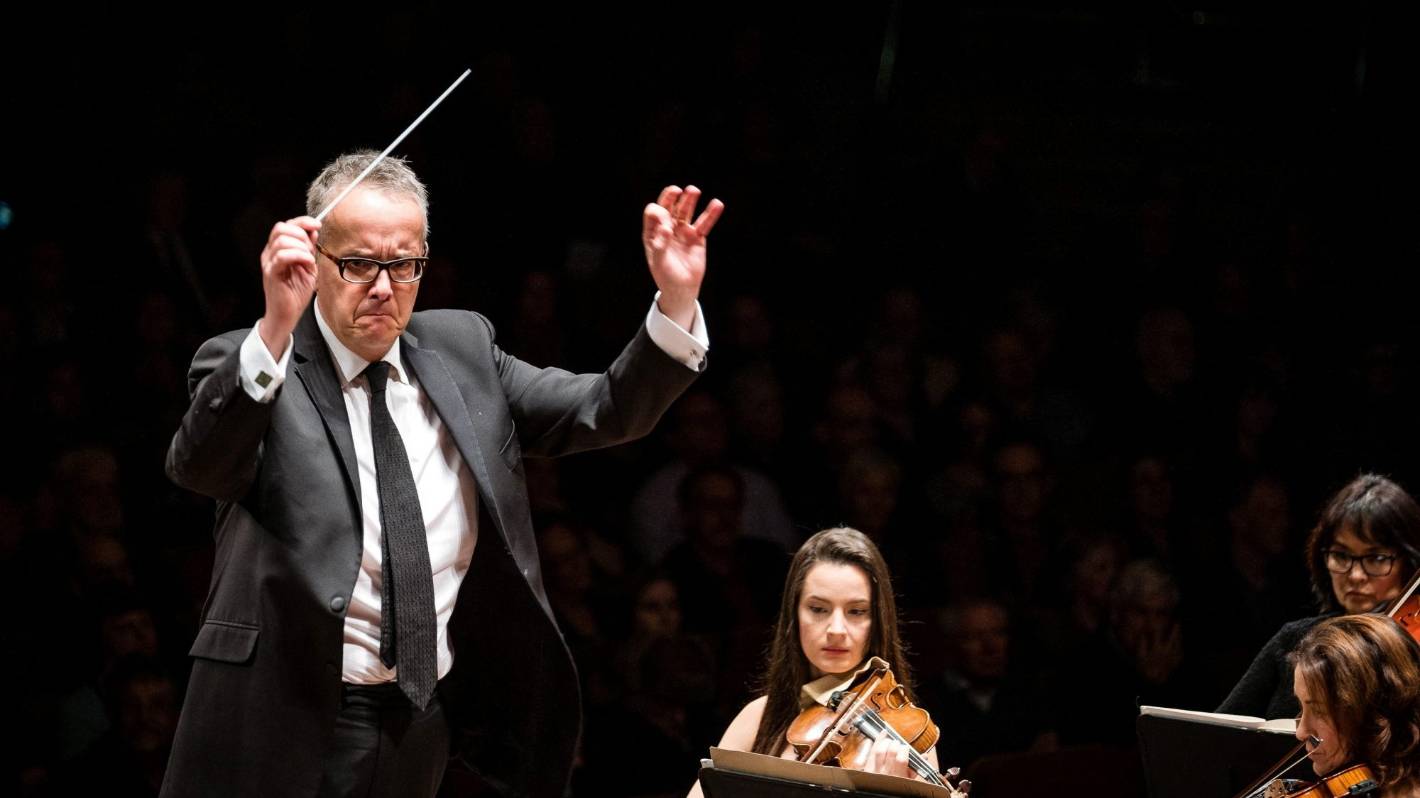 In the opening of the second movement, Orchestra Wellington conductor Marc Taddei perfectly caught the mood of gentle lyricism.

No-one would call Robert Schumann, one of the world’s most famous composers, neglected; yet his orchestral music receives relatively little attention, in New Zealand at least.

Orchestra Wellington wants to change that: hence a Saturday night concert anchored by Schumann’s Spring Symphony. Over-composed and occasionally repetitive, it’s not my favourite piece. But as is often the way, when a conductor believes absolutely in a composition, the performance lifts a notch, and so it was on Saturday.

After a few uncertain early notes, conductor Marc Taddei drew a taut, restrained sound from the orchestra; in the strings, the darting, zigzag motifs were especially good, while the woodwinds were adroit in their tricky, rapid-fire scale passages. In the opening of the second movement, Taddei perfectly caught the mood of gentle lyricism. The cellos played beautifully, and the movement’s close was delicacy itself. The finale, for me, lacks invention; but the playing stayed the right side of the line between triumphant and bombastic, the brass sounding especially good.

Earlier, the concert had begun with a work from a composer who undisputedly has been neglected, Fanny Mendelssohn. Her choral works – especially the lovely Gartenlieder – are being rediscovered, and here Orchestra Wellington introduced local concertgoers to her Overture in C. But although the performance was crisp and well-shaped, it was spotted with stray notes, awkward entries and a less-than-perfect understanding between strings and brass.

The players seemed completely at home, however, in the premiere of The All Seeing-Sky by composer-in-residence John Psathas. Declaring, in his programme notes, a desire to move away from “the fireworks-driven mega-spectacle of recent percussion concertos”, Psathas produced a work with moments of transcendent beauty, one that conjoined Dante’s Inferno to the modern surveillance state.

Swiss percussionists Fabian Ziegler and Luca Staffelbach, full of lithe, golden energy, conjured up a delicate and hushed opening. The interplay between strings and percussion was spot-on, the latter’s complex syncopation filling in the spaces left by the former’s longer lines. One could almost feel the slow ebb and flow of the underworld’s tide.

In the second movement, the timpani, prominent throughout the concert, were again to the fore, underpinning the brass’s plaintive strains. The final movement, though fractionally less gripping than the first two, nonetheless ended powerfully. Psathas then came onstage amidst warm, sustained applause. When it finally died down, a child behind me said, “They were amazing.” There’s a lifetime concertgoer, one hopes.