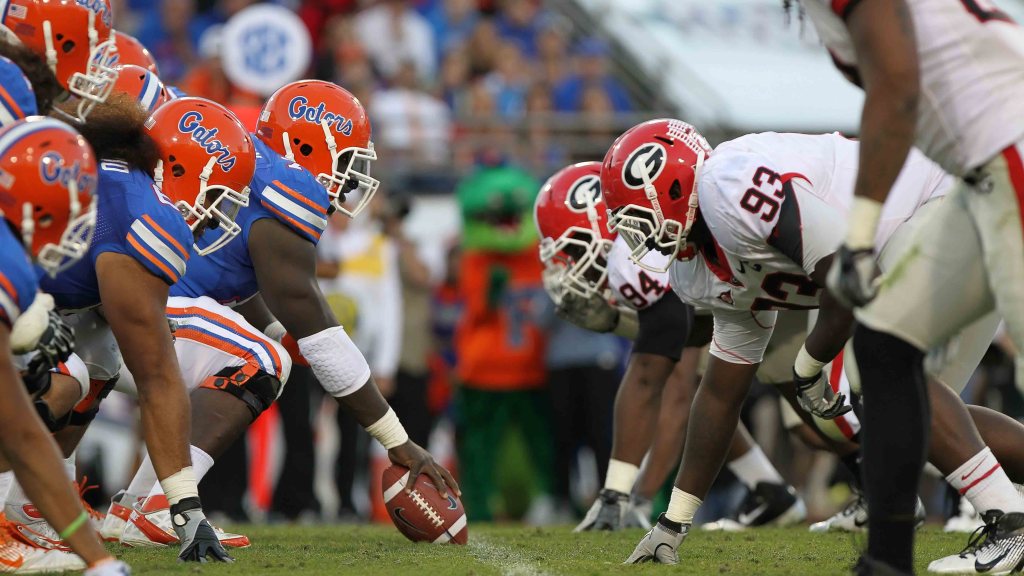 Florida wins three in a row

There were some coaching changes during this three-game streak as Muschamp finally beat the Bulldogs 38-20 using a fake field goal and 418 rushing yards.

In the interview room after the game, Muschamp reached for a fake monkey and said, “Let me get this thing off my back.”

Two weeks later, after an overtime loss to Steve Spurrier’s South Carolina team, Muschamp was fired effective at the end of the season.

That brought Jim McElwain into this rivalry and his first game had a lot to do with 2015 being Richt’s last Florida-Georgia game.

During the bye week, he made a decision to go with an unknown quarterback in Faton Bauta. He was more elusive as a runner and it would surprise the Gators defense.

Except his high school coach told enough people that by the time the game got close everyone knew who the quarterback would be. And, of course, No. 11 Florida crushed Georgia 27-3 to leave Richt with a 5-10 record in the series.

(On the other hand, it made Treon Harris 2-0 as a starter in the World’s Largest Outdoor Cocktail Party).

A week later, Florida would beat Vanderbilt to clinch a trip to Atlanta.

The next year, it was the same deal. Florida won 24-10, earned another trip to the SEC title game (although that would be much later in the season) and made it three in a row over the Bulldogs and one in a row over new coach Kirby Smart.

“People pick this team apart quite a bit and this and that,” McElwain said. “Guys, this is a good football team. The Florida Gators are a good team, all right?”