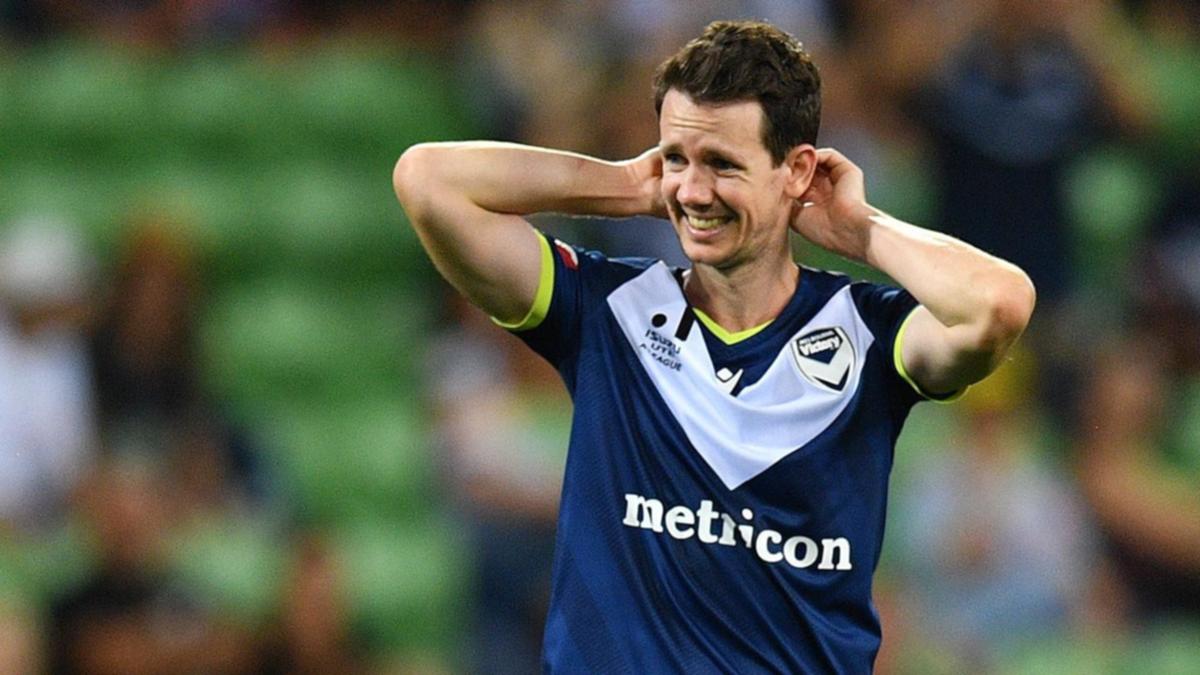 Melbourne Victory coach Tony Popovic is hoping some of his established stars will be back from injury on the weekend, with the FFA Cup winners needing fresh legs following a defeat in the middle of their punishing February schedule.

Last Saturday’s FFA Cup final was the first of five games in two weeks for Victory.

The fourth-placed side lost 1-0 to Wellington on Wednesday in an A-League Men fixture in Wollongong.

It was their first loss in 10 league and cup games, but they are now winless in their last three ALM fixtures.

.Popovic tried to freshen up his side by making four changes to the starting XI which took on Wellington

Nick D’Agostino, Marco Rojas and Jake Brimmer all dropped back to the bench and were used as second-half substitutes, while Matt Spiranovic wasn’t named in the match day squad.

Promoted to the starting line-up were Socceroo Chris Ikonomidis, Italian Francesco Margiotta and youngsters Birkan Kirdar and Nishan Vellupilay, with all four used off the bench in the FFA Cup final.

Victory have just a couple of days rest before hosting Newcastle on Saturday, then play Western Sydney away on Wednesday before hosting Central Coast three days later.

They also have Asian Champions League commitments looming next month

“I think it will be this way now probably for the rest of the year, so we’ll have to play every three or four days,” Popovic said.

“You have to recover well, hopefully we get some of the senior boys back that we didn’t have today to freshen some legs up.

“We’ll see how we go with Robbie Kruse, hopefully Roderick Miranda, Matt Spiranovic, so there are senior players that hopefully we can get back in on the weekend.”

Phoenix have won three straight to get within one point of sixth place, with coach Ufuk Talay pointing to a number of reasons for their recent surge.

“The confidence has grown with the boys, while a few players coming back from national duty as well has helped the group,” Talay said.

“There’s been a few players coming in like (Mexican) Gael (Sandoval) and now (Englishman) Scotty (Wootton) being in amongst the group has helped, so we’ll slowly get there. It’s still a work in progress.”

Wednesday’s game at Wollongong’s WIN Stadium was played behind closed doors after Phoenix were unable to lock in a local commercial partner.

Talay was philosophical about the decision.

“I don’t have a control of what happens on the outside,” Talay said.

“I understand the club’s situation and where we’re at and what’s happening and where we’ve been in the last two seasons.”

“Today wasn’t a COVID situation for not having fans, so all in all that’s disappointing that we don’t have the choice of fans today,” Popovic said.