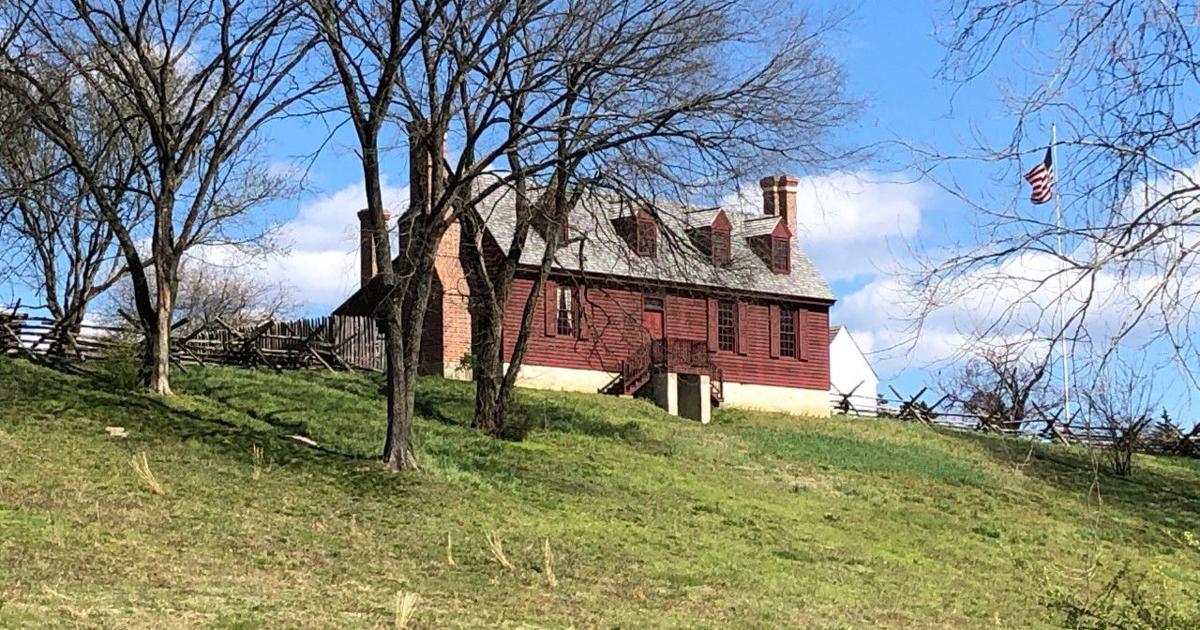 BY WENDY MIGDAL
FOR THE FREE LANCE-STAR

Unlike many of the events covered in Retro Reads, the battle of Walmart vs. Ferry Farm is one that many readers remember from firsthand experience. In April 1996, the battle ground on, and it was a classic example of the struggle in America between the forces of capitalism and those of preservation.

In February, Walmart had announced its proposal to build a 93,000-square-foot store so close to George Washington’s boyhood home that he could almost have hit it with his famed silver-dollar throw. The battle between America’s largest retailer and the home of America’s first president would be more of a flanking maneuver than an encirclement.

The owners of what was left of the original 600 acres had made a deal with Stafford County six years earlier. They donated a portion of their 70 acres, including the site of the Washington home (which at the time, had not been located) in exchange for the county rezoning the remainder of the adjacent land as commercial.

In those six years, apparently no smaller, less obtrusive businesses had shown interest in the property. In addition, Stafford County’s population had grown from 60,000 to 82,000. Taxes from Walmart would help pay for a new school and provide a place for people from rural areas to the east to shop.

The beleaguered defenders of history regrouped. They included Historic Fredericksburg Foundation, led by Bill Beck; Cessie Howell, wife of former Speaker of the Virginia House Bill Howell; and many others who united to form the Save the Washington Farm committee.

The defenders planned their strategy. A critical development was their sortie at the Architectural Review Board meeting on April 1. Walmart described its plans to build a berm as a buffer, include Colonial-style dormer windows on the roof, and construct a wrought-iron fence around the garden center. Opponents countered with arguments, “No Walmart, By George” signs, and singing “God Bless America.” The ARB rejected Walmart’s plan, but both sides retreated for the next skirmish, Walmart’s appeal to the Board of Supervisors.

Meanwhile, the story had caught the attention of the national media. The “Today” show featured it on Presidents Day, and leading newspapers—such as the New York Times, the Chicago Tribune and even European papers—reported it. Walmart executives were unfazed, having waged wars of attrition before, and believing (correctly, according to polls) that there were many people who supported the presence of Walmart, though the exact numbers would be hard to pin down. However, calls in favor of saving Ferry Farm poured in from all over the country, to both the committee and to Walmart headquarters.

In truth, there had been many failed efforts to save Ferry Farm over the years. The National Park Service had been asked decades earlier to take over the site, but passed it up since it already operated Wakefield, the Washington family’s ancestral home in the Northern Neck. The NPS acquired that property, known today at the George Washington Birthplace, in 1932.

In the late 1950s, the George Washington’s Boyhood Home Restoration, Inc. owned the property, and many prominent civic leaders were involved in efforts to turn it into a “national shrine.” A large box of their records turned up at the 2017 auction of the contents of the Janney–Marshall Building. The records, now housed at the Central Rappahannock Heritage Center, reveal interesting details. Several successful fundraisers were held and, for a while, a husband-and-wife team lived on site as caretakers. The group also had plans of dubious historical merit, such as printing up Confederate money with Washington’s Rules for Civility on the back, as a sort of advertisement for the project. But efforts petered out by the early 1960s.

Stafford County had also spent money in failed efforts to restore Ferry Farm, and that ended up being one of the sticking points of the deal that was finally struck months after the 1996 controversy began. The George Washington Boyhood Home Foundation wisely sought an ally in the Kenmore Association, which began raising money behind the scenes. Walmart, it appeared, was having the same effect that the Japanese invasion in World War II had on finally uniting China.

Though the front lines were quiet and radio silence was maintained with the media, messages were sent back and forth between the supervisors, Kenmore, donors, Walmart’s lawyers and local developers via that modern courier, the fax machine. When the deal was finally worked out in September, Kenmore agreed to pay Stafford County for the money it had sunk into restoring Ferry Farm, and Stafford had to pay some of Walmart’s cost in developing the new site, a mile east on Route 3.

Since that time, Ferry Farm was designated a national landmark. Extensive archaeology digs finally located the original house. A replica was built on the original foundations, clearly visible from City Dock.

But had Walmart not made its bull-in-the-china-shop moves, what would have happened? One can only speculate. Would a small strip with a pizza place and a nail salon have provoked as much outrage, had it been built in 1990 when the land was first zoned commercial? More stores would likely have been built, and the beauty of Ferry Farm would have died by a thousand cuts.

Wendy Migdal is a freelance writer in Fredericksburg.