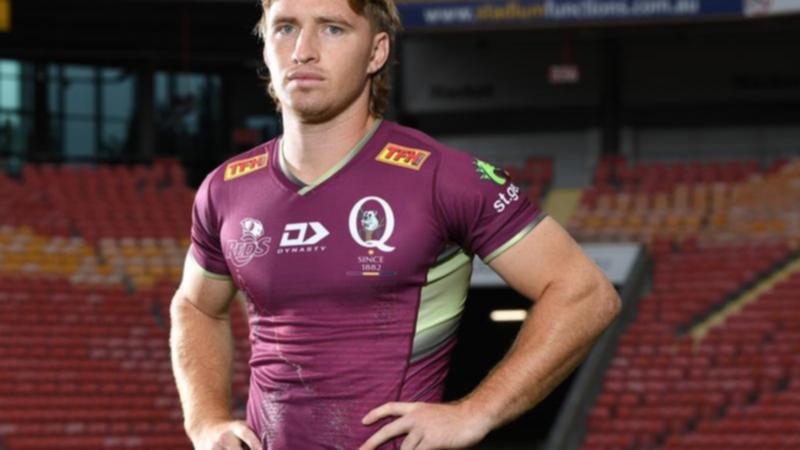 A media day in Sydney has been blamed for the second wave of COVID-19 that’s swept through the Queensland Reds’ Wallabies contingent.

Hunter Paisami, who played in Saturday’s Super Rugby Pacific trial game loss to the Western Force, and new co-captain Tate McDermott are the latest to test positive for the virus.

Fellow Test stars Jordan Petaia and James O’Connor, as well as Jock Campbell and coach Brad Thorn, were all ruled out of the Force clash after showing symptoms before the game at Ballymore.

Reds football boss Sam Cordingley said Thorn would likely be able to lead the side in Saturday’s final pre-season hit out against the NSW Waratahs in Roma.

He said the Reds were waiting medical clearance on O’Connor, Petaia and Campbell, while Paisami and McDermott would definitely not play.

The latest COVID-19 cases come after the bulk of the squad contracted coronavirus earlier this year.

Current close contact regulations in Queensland mean there is no necessity for others who played on Saturday to quarantine.

Cordingley, who said a trip to Sydney last week to shoot promotional footage was likely the cause of the latest COVID-19 infections, said all parties presented with minor to mild symptoms.

“It looks like the majority of our squad has had some level of impact so we can head into the season with some level of certainty,” he said.

While a blow to their preparations the ambitions remain lofty for last year’s Super Rugby AU champions.

“Our goal is to have some level of sustained success,” Cordingley said.

“So finals at a minimum I think … we have to put ourselves in a position to win it.”

Cordingley said Tom Lynagh’s form in a 40-minute stint at five-eighth on Saturday night had him in the frame for a Super Rugby debut later this year, despite him only just turning 18.

“He was outstanding … loud voice, good direction, astute kicking and he’s got exceptional speed, one of fastest in squad,” Cordingley said of the son of former Reds and Wallabies great Michael Lynagh.

“You guys would have seen Thorny’s not backwards in coming forward picking young talent … he might end up picking himself.”