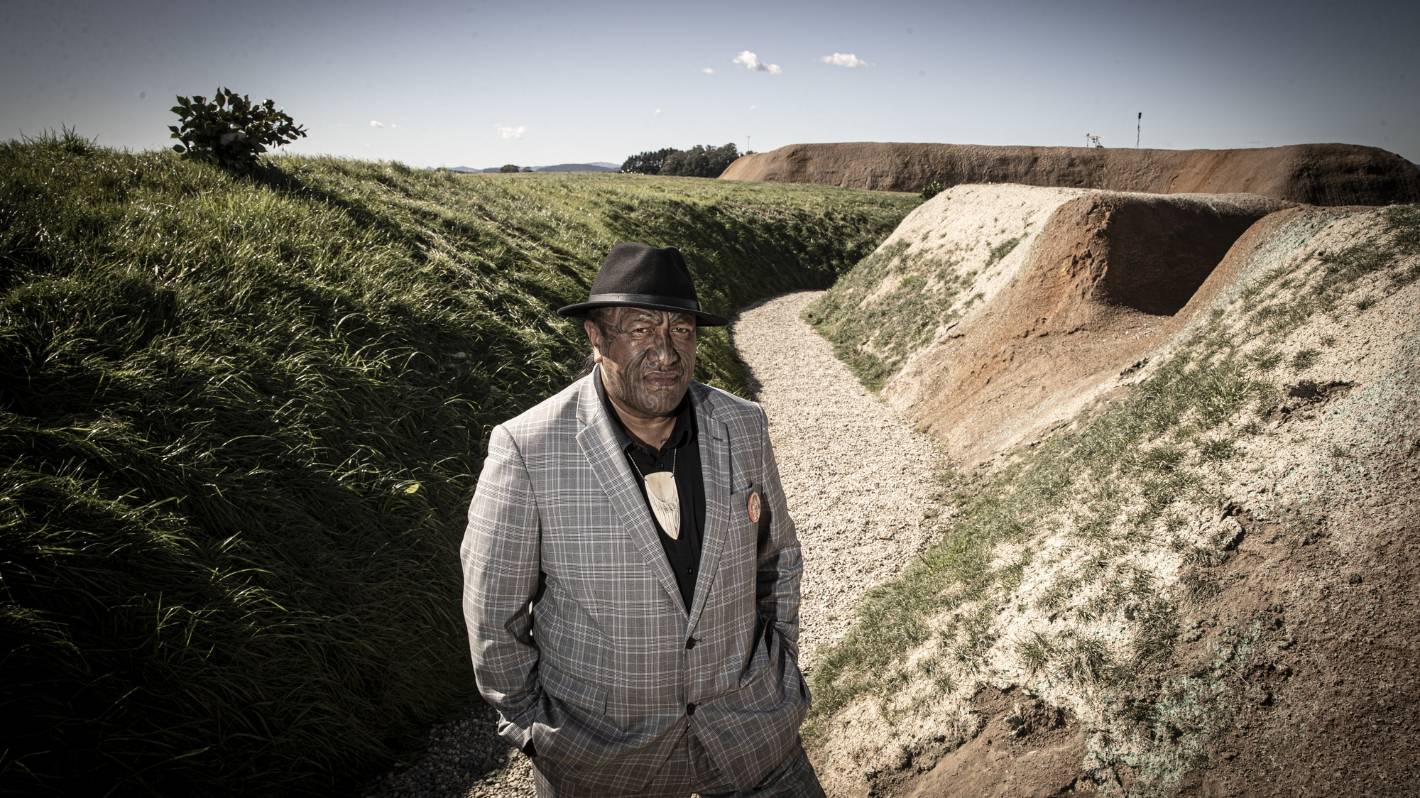 An almost decade-long vision to pay homage to the site of one of the bloodiest battles of the New Zealand Land Wars was finally realised on Saturday with the official opening of the Rangiriri trenches and pā site by the Māori king, Tūheitia Potatau Te Wherowhero VII.

For Brad Totorewa​, the great-great-great-great grandson of the site’s original engineer’ and the man whose vision back in 2013 led to its re-establishment, it was an emotional day.

Talking to Stuff after the official opening, Totorewa said he was having to hold back his tears.

In 2013, at the 150-year commemoration of what was one of the bloodiest battles of the land wars, he had the vision to recreate what his tīpuna created all those years ago.

READ MORE:
* Ngāti Naho whānau combine assets to buy back Rangiriri historical land
* Rangiriri Pā trenches where Māori fought British invasion of Waikato to be restored
* Postcards from Aotearoa: Searching out the signposts to our shared past
* Land Wars not confined to history curriculum

“A lot of this was spiritually encouraged. This has been a spiritual journey,” he said.

“Walking here and experiencing it, you feel the spirit and the essence of our people.”

Many shed tears as they walked through the trenches, Māori warriors also accompanying the large crowd.

At one stage Totorewa addressed the crowd directly.

“What you’ve just witnessed is the lifting of a rahui after 150 years,” he said.

“Today the rāhui was lifted in the presence of our king.”

He said it would become an educational tool at a time of New Zealand’s new history curriculum, a visitor centre to provide an economic boost to the area and a tribute to those “who made the ultimate sacrifice back then”.

It was clear Totorewa sees huge potential in the site as a visitor hub.

“Go to Hobbiton and you won’t see a Hobbit. Come here, you’ll get 300 warriors.”

It is also clearly a symbol of a people’s survival, too.

“We come from a wellspring deep in the Earth, and we’re here today,” he said.

Jackson was equally clear about the significance of the day, describing himself as overwhelmed by the occasion.

“This is what Aotearoa needs to see,” he said.

“It’s not just about the trenches. It’s about history… this kaupapa for me means so much in terms of New Zealand history, as well as the economic benefits it brings to the area.

“It’s going to be a wonderful asset for Tainui and this area.”

Kānoa has allocated $20 million to four projects to support the preservation and development of historic sites of national importance; Rangiriri Waikato, Ruapekapeka Pā and Ōhaeawai in Te Tai Tokerau, and Parihaka in Taranaki.

The Rangiriri opening, which is taking place over three days, is expected to see more than 1000 visitors.