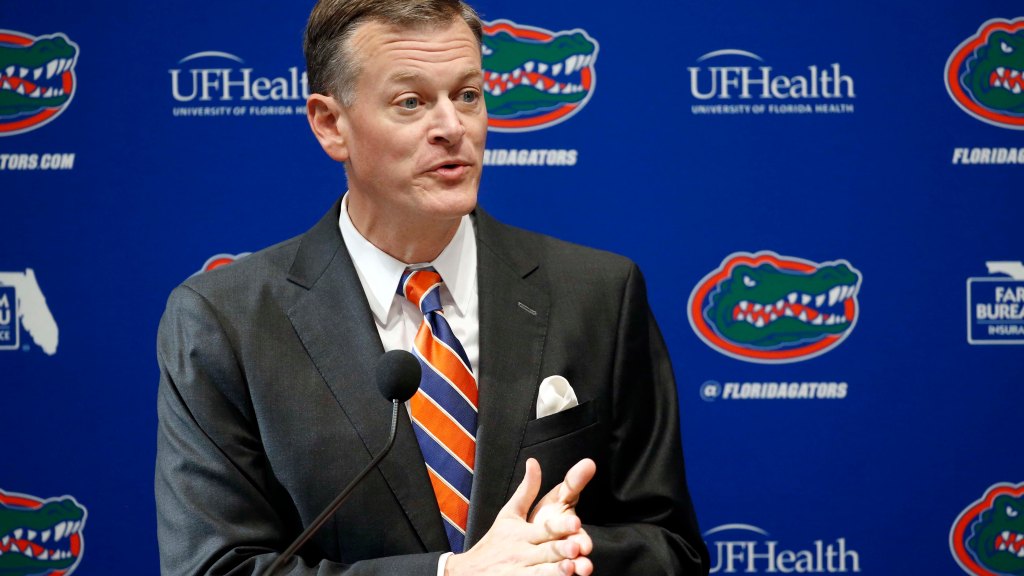 By the time Florida ultimately cut the cord on the Dan Mullen era, it really had no other choice. The fourth-year coach seemed to have lost the locker room, and that resulted to losses against struggling South Carolina and Missouri teams down the stretch, which dropped UF to 2-6 in SEC play for the first time in program history.

But a common refrain among defenders of Mullen who wanted to see the coach return in 2022 was that with elite jobs like USC and LSU being open, the Gators would have to compete for their top targets with jobs that could be considered better.

Florida is still a premier job in college football, but is it really below both of those schools on the college football totem pole? ESPN’s Adam Rittenberg thinks so, listing it as the third-best job available behind LSU and USC, though he gives it the same desirability rating as the opening in Los Angeles.

What the job offers: Florida is the only SEC program in arguably the nation’s best state for recruits, and boasts three national titles and eight conference titles since 1991. The combination of location, conference and track record makes Florida a top-10 job for many coaches, even though only two — Steve Spurrier and Urban Meyer — achieved elite-level success in Gainesville. Even less successful Gators coaches such as Dan Mullen, Jim McElwain, Will Muschamp and Ron Zook won or shared SEC East Division championships. Florida has a long history of top quarterback play and has produced three Heisman Trophy winners and 33 consensus All-Americans. After years of letting facilities lag, Florida is making progress on an $85 million football training center that Mullen had a hand in designing. Athletic director Scott Stricklin is facing scrutiny for his handling of ex-women’s basketball coach Cam Newbauer’s tenure, and will be making his second football hire, but he’s still well regarded in the industry.

Biggest drawbacks: The expectations at Florida are skewed by the success of both Spurrier and Meyer, and should be a concern for some candidates. Spurrier dominated the SEC in the 1990s, while Meyer won two national titles in three seasons (2006, 2008). But McElwain and Mullen both were fired a year after reaching the SEC title game, and if Florida falls to Florida State this week, it will have more losing seasons (3) than AP top-10 finishes (2) since 2013. Mullen recorded consecutive AP top-seven finishes in 2018 and 2019 and still was fired less than two years later. Florida must deal with two Power 5 programs in the same state (Florida State, Miami) who both have won multiple national titles. The Gators also must fend off many other schools for the state’s top players. While the facilities push is finally happening, Florida has been behind top-tier programs in that area for quite some time.

While Florida has high expectations and has fired moderately successful coaches in the past, most recently this season, the same can be said about LSU. The Tigers moved on from Ed Orgeron just 22 months removed from his winning a national title.

USC, meanwhile, has struggled to be competitive on a national stage since Pete Carroll left, and the job has some built-in drawbacks just from being in the Pac-12. Still, it’s undoubtedly an elite job and one that features less competition than Florida (or LSU, for that matter).

UF may not be the best job on the market, but it is certainly an elite opening that should be able to attract a talented coach.