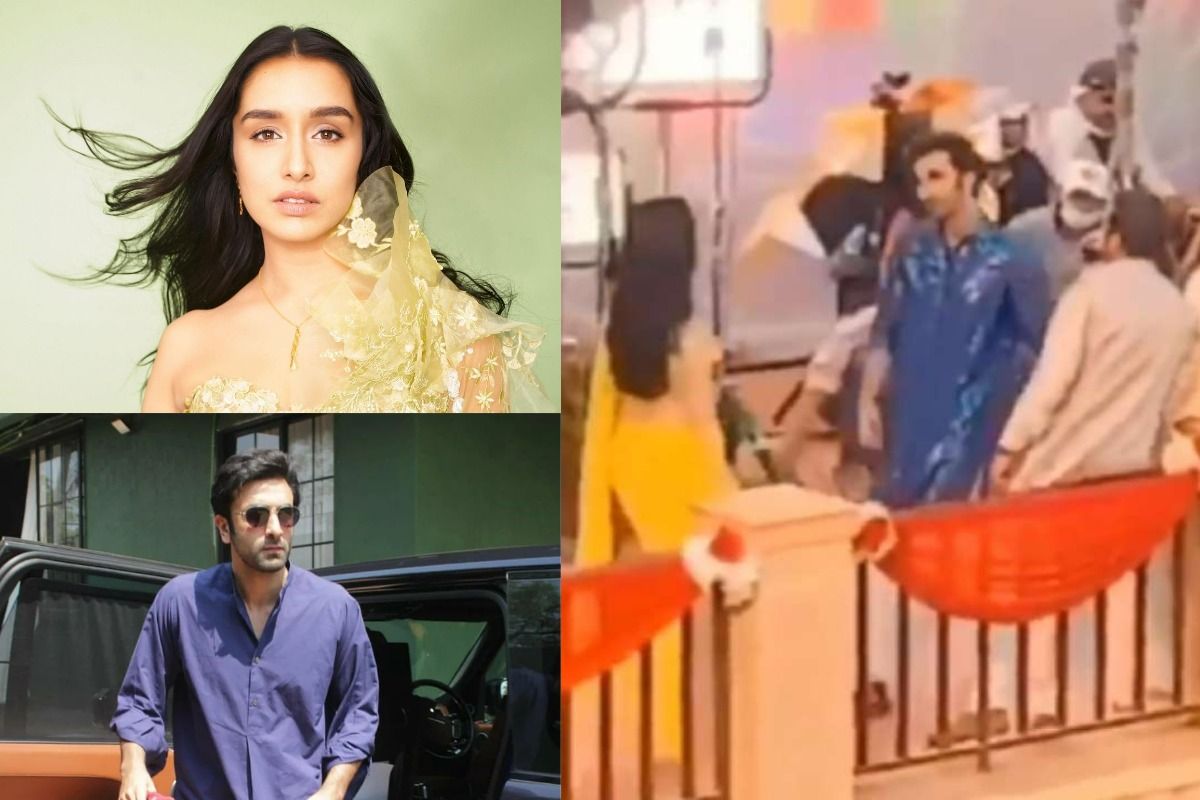 Ranbir-Shraddha Viral Dance Clip: Director Luv Ranjan‘s yet-to-be-titled movie has made waves with actors Ranbir Kapoor and Shraddha Kapoor. For the first time, the two will collaborate on a film. Surprisingly, they are now filming in Delhi for the project. Wondering how we know this? According to a recent update, a clip of their dance sequence from the film has gone popular on the internet.Also Read – Sharmaji Namkeen Trailer: Rishi Kapoor’s Family Entertainer is Nothing But a Heartwarming Journey of Self Realisation

Ranbir Kapoor and Shraddha Kapoor may be seen filming a song sequence in leaked footage from the sets of Luv Ranjan’s upcoming film. The untitled picture is set to hit theatres next year. They can be spotted performing a vibrant dance sequence in ethnic attire from the film’s sets in Delhi. Also Read – Alia Bhatt Receives Love Letter From Ranbir Kapoor on 29th Birthday, Did You Spot it in Her Video?

Several fan accounts have posted the footage, which shows Ranbir dapped up in a royal blue kurta dancing with Shraddha Kapoor dressed in a yellow saree. Several background dancers appear in the picture, with a large lawn in the background. It begins with Ranbir facing Shraddha and walking in the backdrop as they exit through a gate onto a large balcony. Also Read – 5 Expensive Handbags You Need to Check Out in Alia Bhatt’s Collection

The viral video also showed off Ranbir and Shraddha’s chemistry, which piqued fans’ interest. Fans have reacted to the video by comparing it to the 2013 film Yeh Jawaani Hai Deewani. One of the users wrote, “Giving yjhd vibes … Ranbir is the only actor in this gen who gonna pull off rom-com effortlessly…” While another said, “I am so excited for this one.”

Watch this space for more updates!