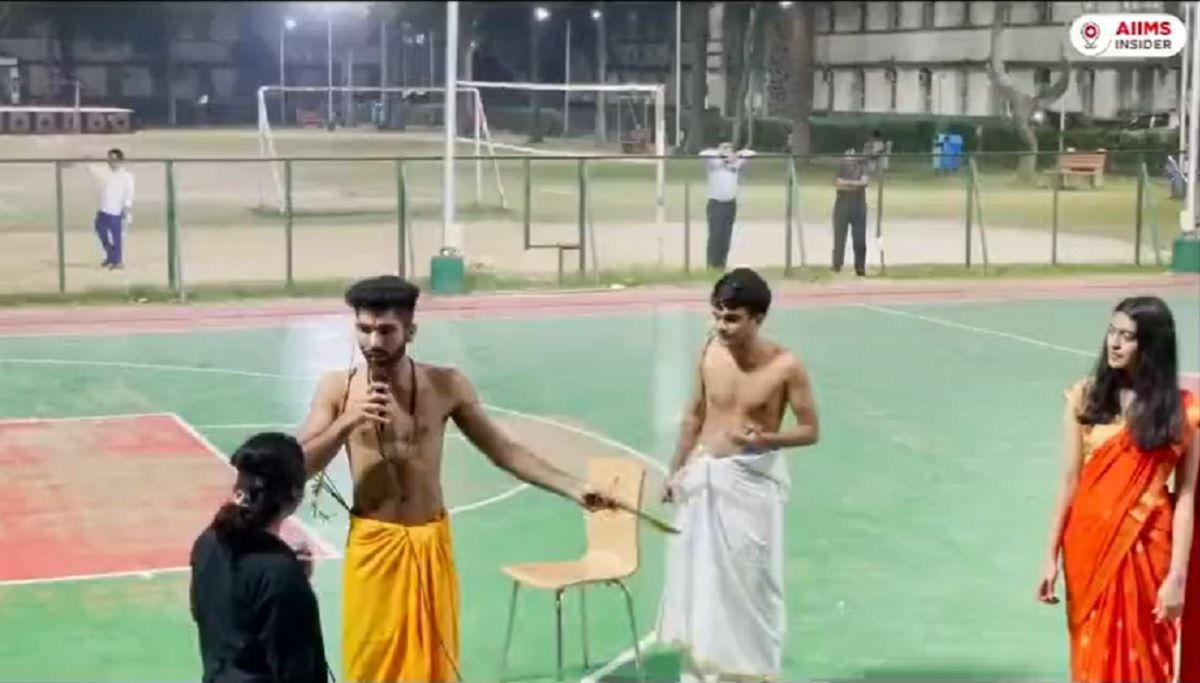 The skit, giving a modern spin to some characters of Ramayana with a comic flavour, was performed on the occasion of Dusshera by some first-year MBBS students near the hostel quadrangle at the AIIMS campus in Delhi.

Mockery of Shri Ram, Shri Lakshman, Ramayan at an institution sponsored by India which is over 80% Hindus.

Where: Delhi AIIMS
How: At @unacademy Vlog
Who: Soyab Aftab

It caused outrage among netizens with many alleging it was disrespectful of religious sentiments and demanded action in the matter.

“A video clip of a Ramleela skit done by some students of AIIMS has been circulating on social media. On behalf of the students, we apologise for the conduct of this skit which was not meant to hurt anyone’s sentiments. We will ensure that no such activity takes place in the future,” AIIMS Student Association said in a tweet.

Video clip of a Ramleela skit by some students of AIIMS has been circulating on social media.On behalf of the students,we apologise for conduct of this skit which wasn’t meant to hurt anyone’s sentiments.We’ll ensure that no such activity takes place in future: AIIMS Student Assn

Taking note of the matter, the AIIMS administration held a discussion with the students, an official said, adding, “The students realizing the sensitivity of the issue have apologised issued a tweet. They have assured that such an incident won’t recur.”

The official further said the skit was not part of any official activity or event and the students had organised it on their own.